The #GunsDownWaterGunsUp event was held Saturday in southwest Atlanta. 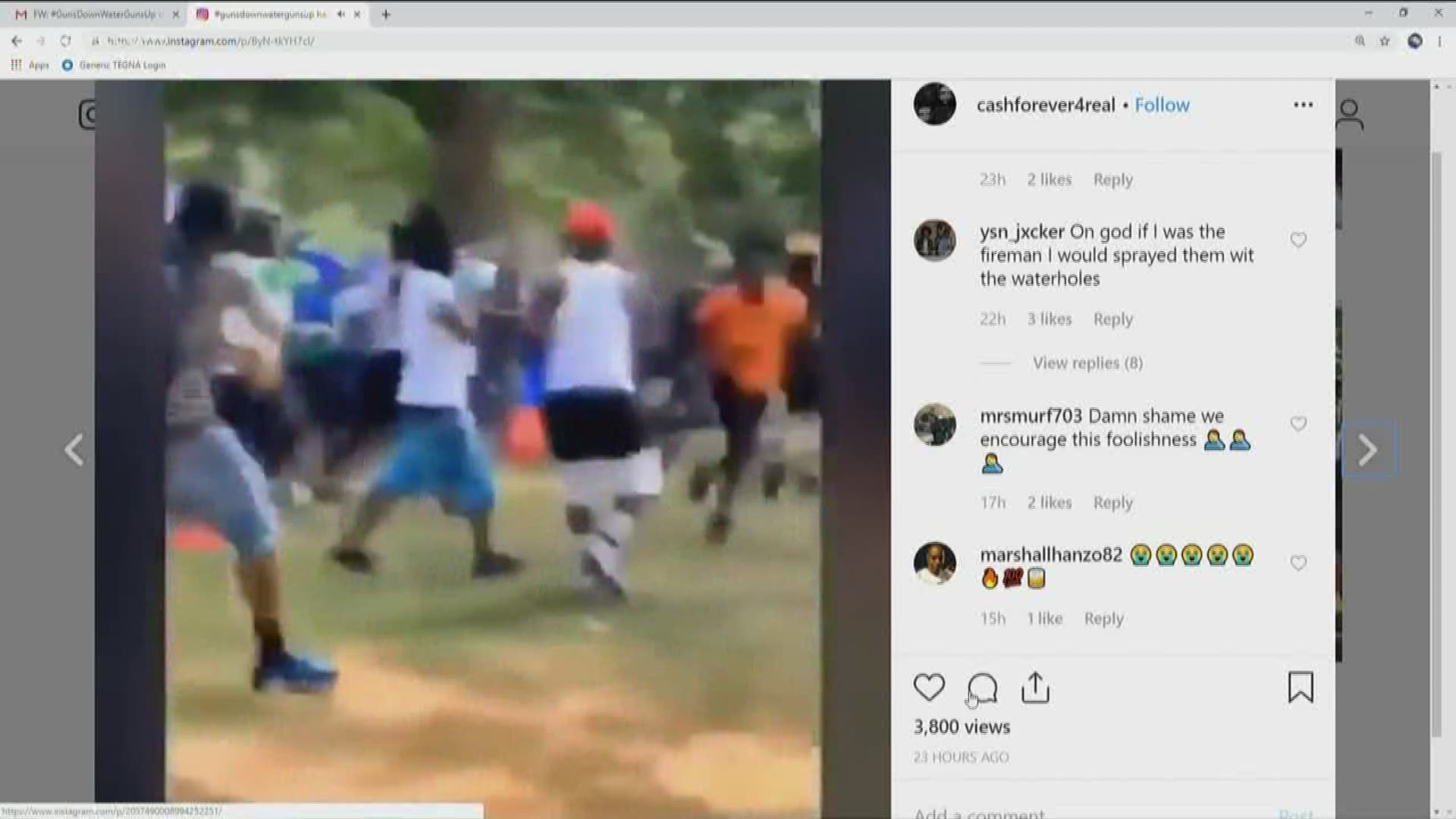 An organizer acknowledged the event was aligned with the #GunsDownWaterGunsUp movement. A similar event was organized in Columbus over the weekend, as well.

According to organizers of the Columbus event who spoke to WTVM, the movement’s aim is to stage water gun fights to bring communities together in a stand against gun violence.

The Atlanta Police Department confirmed it responded to the event on Saturday around Perkerson Park in the Capitol View neighborhood of southwest Atlanta around 4:25 p.m.

The department said officers responded to assist with traffic and crowd control since there were approximately 500 people blocking Deckner Avenue.

“We were able to disperse the crowd without major incident,” Officer Jarius Daugherty of Atlanta Police Public Affairs said.

Videos on social media showed officers getting drenched by water guns and buckets as they worked the scene.

Officials said there were around eight officers on the scene attempting to handle the crowd before more showed up. Officers said that the crowd were not only using water guns towards them, but also throwing objects such as rocks and coolers that could possibly hurt authorities.

Daugherty said that during this time a woman was also suffering from a medical emergency and while first responders were attending to her, the crowd continued to throw items and climb on top of the fire truck. APD said they began impounding cars on Deckner Avenue to clear the right of way at which time the crowd began to disperse.

One user stressed that it was all in good fun saying, "It’s a way to have fun !! If I was them I wouldn’t even get mad !! I know they were hot in that uniform anyway !"

While other users insinuated that it was dangerous to do saying, "Well that could have went south fast."

One social media user landed in the middle saying they were glad the cops were good sports, because things could've turned bad.

While most social media posts indicated people saw it as a good-natured event, Atlanta Police released this statement to address its potential hazards:

"This event appears to be part of an initiative called “Guns Down Waterguns Up” that has popped up in other cities – similar to other efforts meant to provide entertainment to participants while discouraging gun violence. While we appreciate such efforts, acts such as tying up traffic, damaging property and assaulting police officers and first responders are not acceptable. Saturday’s event quickly grew beyond entertainment and became a safety hazard. We must ensure we take steps to ensure the safety of both our residents and our officers. We cannot allow unwilling participants to be assaulted, no matter how harmless it may appear to those engaged in the game."

Daugherty went on to say, "Our officers are to be commended for the professional manner in which they conducted themselves and gained control of the situation."

The "Guns Down Waterguns Up" movement appears to have originated in Georgia and is largely concentrated here, though social media posts about upcoming events indicate it is spreading as far as Houston and Richmond, Va.

More such events are planned for around the Atlanta area this summer. No word on if the upcoming events have been organized alongside local authorities. 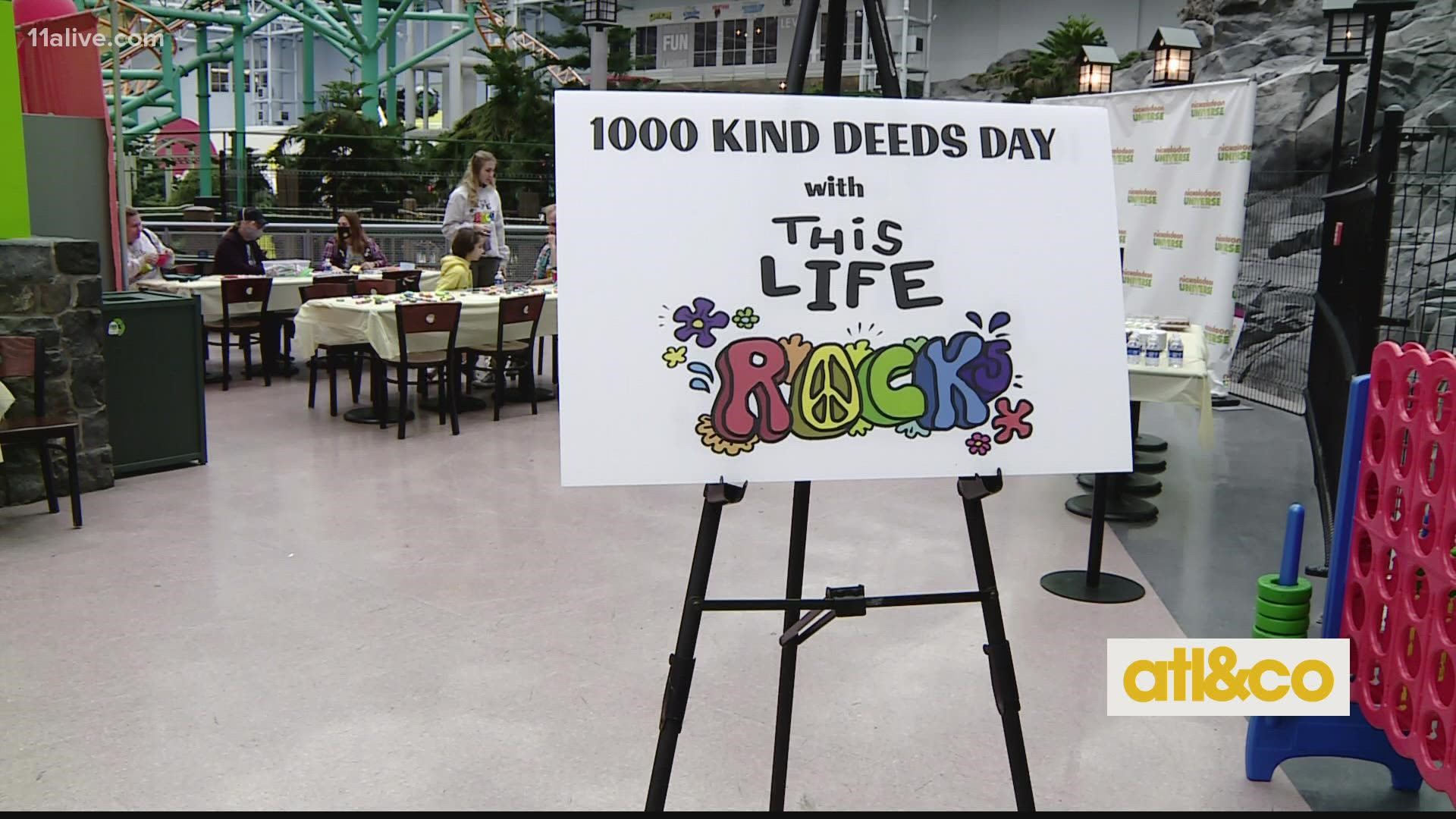