Buckshot worked for the Ouachita County Sheriff's Office for more than 46 years. He came out of retirement after just four months to work for Camden police. 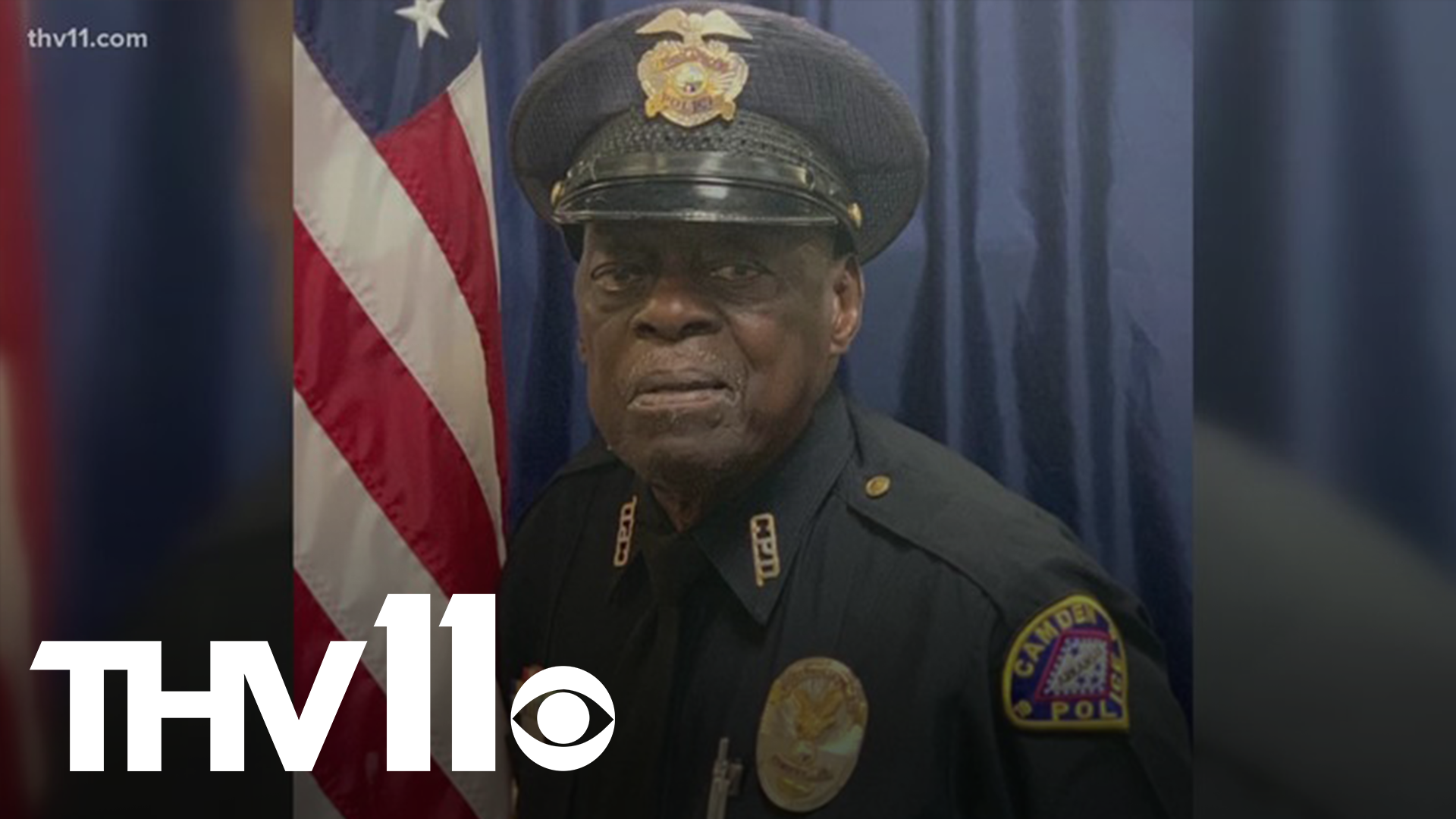 CAMDEN, Arkansas — The Camden Police Department is home to the oldest working police officer in Arkansas and one of the oldest in the country.

"I feel like, I live longer at my age to keep on working," Buckshot said. "A lot of people my age and younger will tell you they wish they had kept working.”

Buckshot worked for the Ouachita County Sheriff's Office for more than 46 years. He came out of retirement after just four months to work for the Camden Police Department. He was born and raised just outside the city.

“The Camden police wanted me to come work here. They said I had too much knowledge and time and wisdom," Buckshot said. "I love people. I love to help people."

Buckshot is the community watch coordinator for the department. He works an eight hour shift four days a week, doing everything from patrolling school zones in the morning to escorting funerals. Before the COVID-19 pandemic, he also attended a lot of community meetings.

"He gets around pretty darn good for his age," Mike Sherman said.

Mike Sherman is a good friend and, like most people in Camden, has known Buckshot his entire life.

"The thing with Buckshot is he's been around so long, when someone says I know everybody, Buckshot knows everybody," Sherman said. "Buckshot leads by example and that's what we need more of."

Lieutenant Jamario Bush has worked at the Camden Police Department for eight years. He said Buckshot is someone he looks up to.

"Even the new guys we have right now, he's trying to talk to them and give them a life lesson on how to get into police work and how to stay in police work," Bush said.

Buckshot said it is important he trains these young men and women to be good officers.

"I tell all the young recruits; This gun and this badge don't make a police officer. You got to want to do it," Buckshot said.

Buckshot turns 92 in May. His secret?

"I eat a lot of vegetables. I don't eat too much fast food," he said.

He is showing no signs of slowing down.

"Everybody ask me when I'm going to retire and I tell them 'When the good Lord says so!'" Buckshot said.

We asked where the name "Buckshot" comes from, and he said it is a long story, but it's a nickname that stuck since he was 14.