There are only 45,000 African American farmers left working the soil. One fears the Trump trade war will cost him the farm 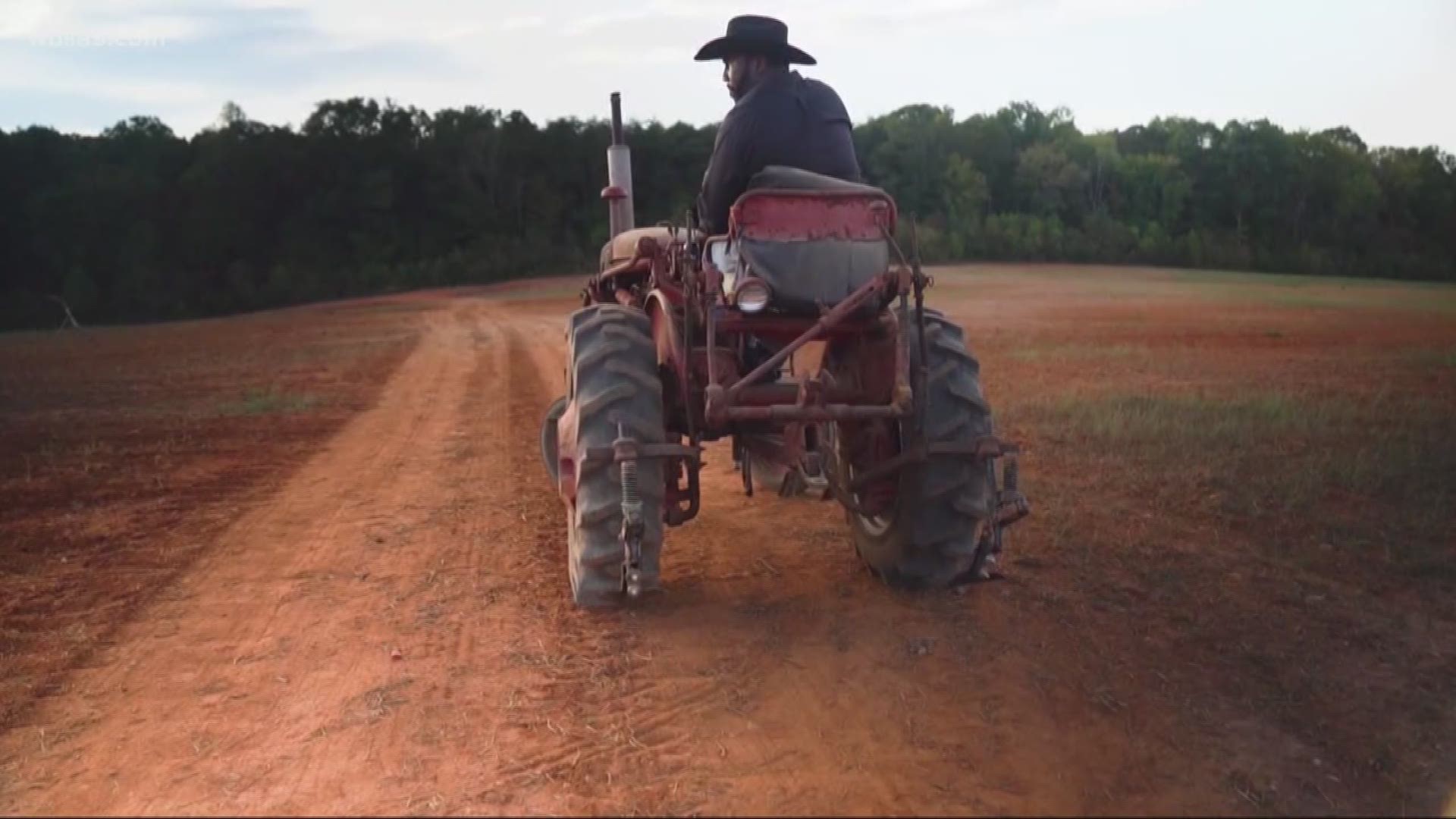 BOYDTON, Va. — John Boyd, Jr. just bought the river bottom land in Southside Virginia where his great-grandfather was once enslaved.

His father, his grandfather and his great-grandfather all worked the soil. His grandfather would sleep with the deed to his farm under the mattress, constantly worried that someone would take his land.

But Boyd now fears the President’s trade war with China will cost his family not just his 886 acres in Boydton, but his farm and home in Baskerville, too.

The Trump Administration’s tit-for-tat tariffs have left many U.S. farmers struggling. China had been one of the America’s best customers -- but it’s now threatening to quit buying our agricultural products entirely.

Credit: Haleigh Purvis
Boyd's soybeans are almost ready for harvest, but they're selling for about half what they were a few years ago, before the American trade war with China.

Virginia farm exports to China were down by $456 million between last year and the year before, according to the state agriculture department. That’s a more than 64% drop.

Boyd said his grandfather's words are his North Star, “'If you take care of the land, it will take care of you.' Every move you make, you need land. So you can either be on somebody else’s, or you can be on your own."

But he’s never seen years like the last two. "I think I could lose my land, at these prices," he said.

China has already cut its purchases of American soybeans by 70%, according to a University of Minnesota survey -- that’s about $4 billion in market value gone. And China is threatening to go to zero.

Credit: Bruce Leshan
Soybeans drying in the fields before harvesting.

Last year, Boyd says he left his crop rotting in the field because he couldn’t find anyone to buy it.

This year, with his soybeans ready for harvest, the price is 50% lower than the highs of a few years ago.

"I’ll tell you the truth, I made some money,"  Boyd said, bumping through his fields in an old Ford truck that lost its air conditioning years ago.

He made money when soybeans were selling for $16 a bushel back in 2012. But the price lately has been hovering around half that, $8 and $9 a bushel.

President Trump has set aside $28 billion over the last two years to help farmers hit by the trade war. That's more than twice what Presidents Bush and Obama pumped into the auto industry to save it during the Great Recession, according to calculations by Bloomberg Businessweek. And there's no sign yet of an end to the trade war.

But an analysis by the the Environmental Working Group found the top one-tenth of recipients received 54% of all payments under the USDA's Market Facilitation Program. The top 1% of recipients got an average of $180,000 each. The bottom 80% of farmers got an average of less than $5,000, according to the EWG study. Eighty-two farmers have each so far received more than $500,000 in trade relief.

"The small farmers like myself have seen very little from the payout. As I stand here, I’ve received $6,800," Boyd said. "It’s nothing. It’s less than... one truckload of soybeans."

Credit: Bruce Leshan
John Boyd, Jr. plows a field of hemp, hoping the market for CBD oil and other byproducts of the marijuana cousin will help him save his farm.

Boyd has little patience left. "I can’t hold on. I can’t hold on... The Trump Administration and the government has pulled a wang-bang-doozle on my farming operation," Boyd said.

As president of the National Black Farmers Association, Boyd has spent decades fighting for the dwindling number of African Americans still working the soil. He once rode his tractor from Baskerville to the Capitol. It took five days. When that didn't work, he rode a mule to Washington. That took 17 days.

Boyd eventually won two separate settlements with the USDA. They provided more than $2 billion to compensate African-American farmers for decades of discrimination.

Credit: ASSOCIATED PRESS
National Black Farmer Association, Inc. President John Boyd, of Mecklenburg County, Va., and his mule "Struggle" take part in a demonstration by black farmers outside federal court in Washington Tuesday March 2, 1999 to express their opposition to a multimillion-dollar settlement of a discrimination lawsuit against the Agriculture Department. (AP Photo/Doug Mills)

Right now, Boyd is upset with both Republicans and Democrats.

"Mark Warner and Tim Kaine, they’ve done doodly squat about this trade war, when they should be speaking out against it," he said, referring to Virginia's two senators, both Democrats.

The senators insist they have been fighting, and said they will keep speaking out against the President's tariffs.

Credit: Haleigh Purvis
John Boyd, Jr. is growing 100 acres of hemp, hoping CBD oil, and other byproducts of the marijuana cousin, will help him save his farm.

Boyd and his wife, Kara Brewer Boyd, are now trying something they never thought they try. They’re sprouting hemp, hoping the market for CBD oil and other byproducts from the marijuana cousin might save them.

Credit: Haleigh Purvis
The hemp is still a long way from harvest.

Officials at the USDA said the department could only offer bailouts for land where farmers had reported growing corn, wheat or soybeans the previous year.

Secretary Sonny Perdue said President Trump is the first President to stand up and insist China play be the rules. 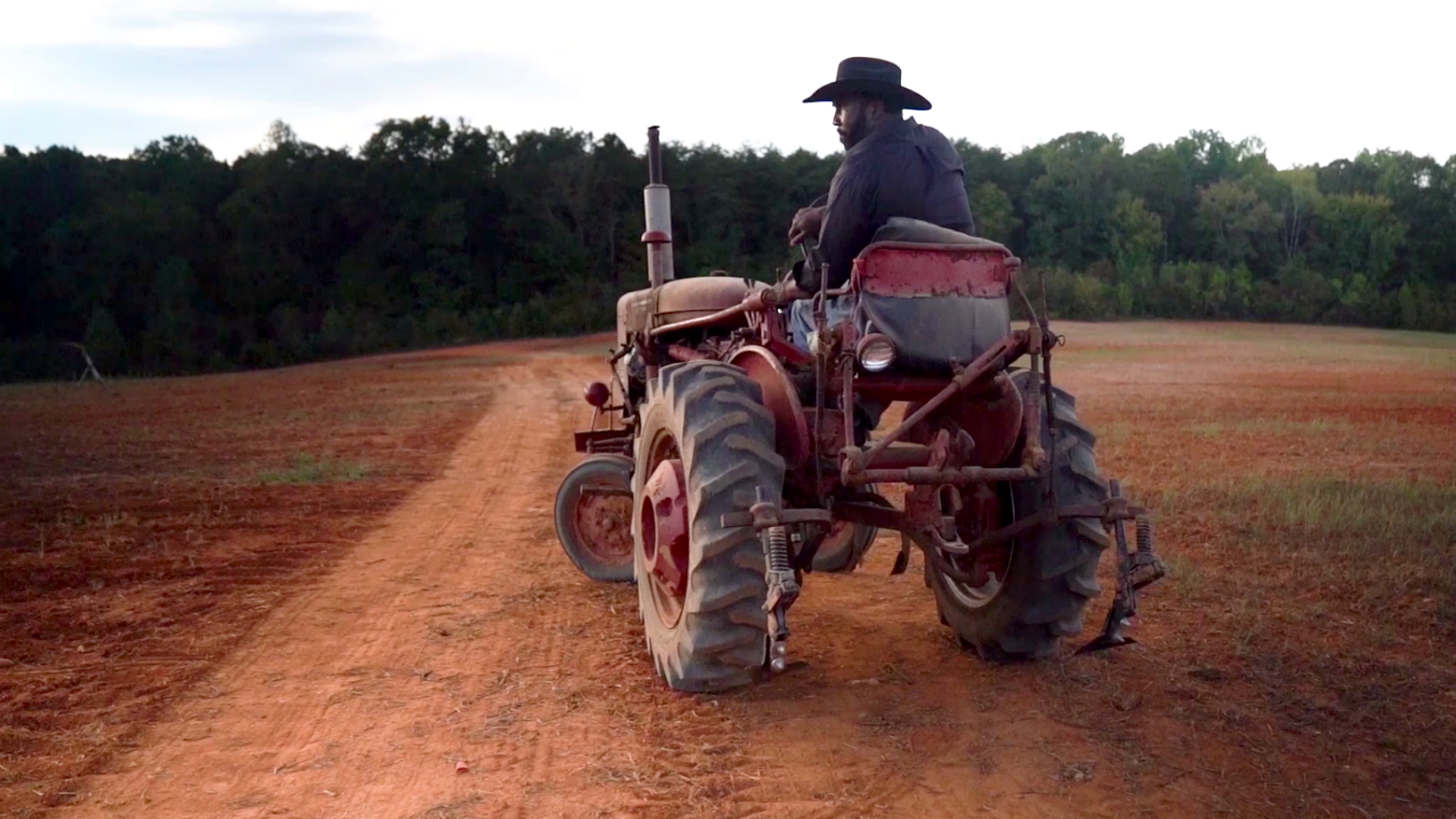