The dance came right after their interview ended, before she knew she got the job. It was moment of joy and relief for the young woman who had once been homeless. 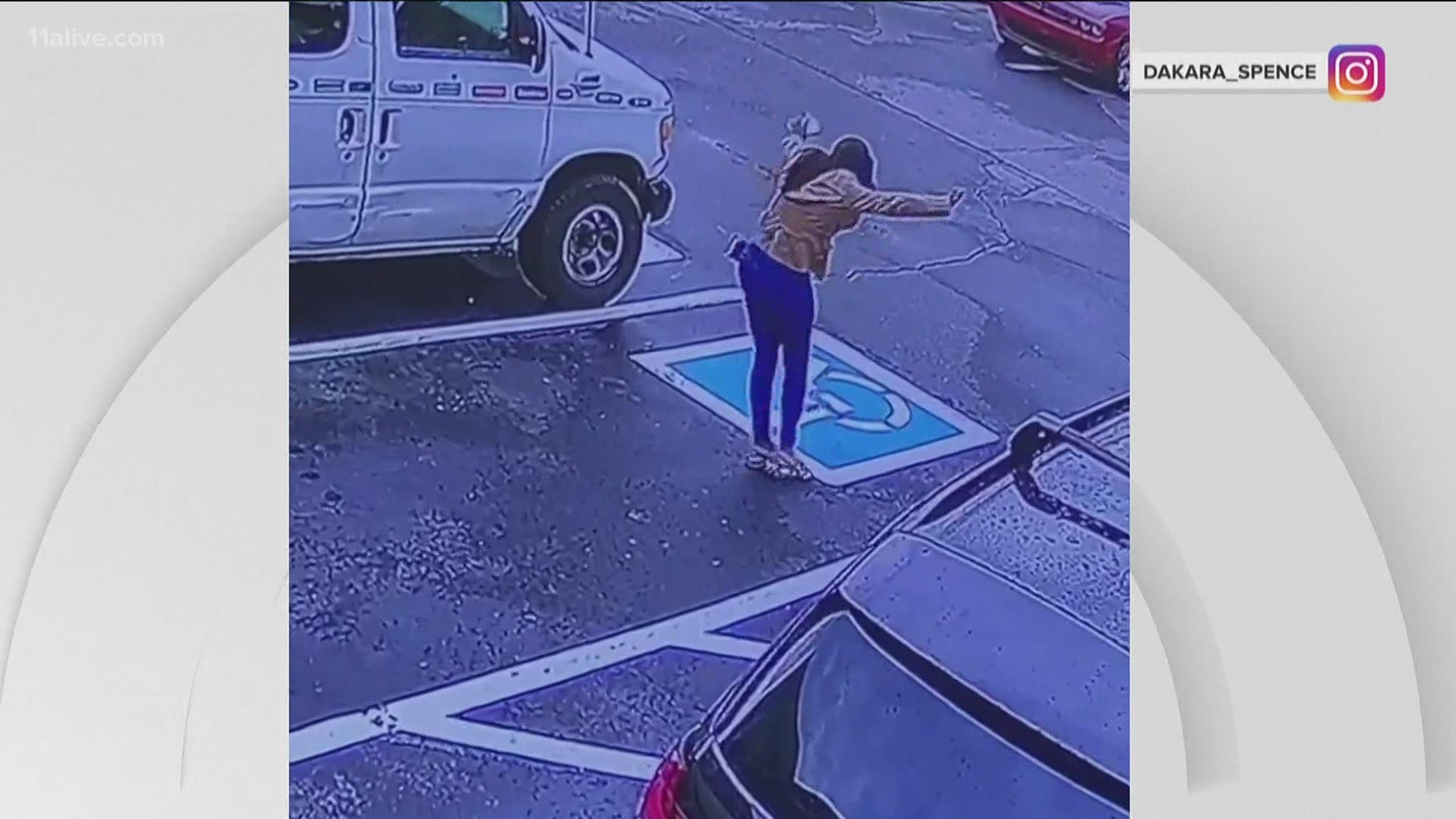 DECATUR, Ga. — A moment in a parking lot in Decatur, is being shared all over the world: a young woman who felt so good about her job interview that stopped, looked both ways, and did a happy dance.

Now, Kallayah Jones is sharing the story behind it.

Jones told 11Alive she was nervous. It was a job interview she hoped would change her life.

“A lot had been going on in my life," she explained.

She said she felt tremendous pressure when she got to The Spot Sports Bar and Grill in Decatur.

“I had anxiety attacks for a week,” she recounted, adding that she didn’t have professional clothes to wear for the interview.

“I’ve been homeless for two years, staying at people’s houses," Jones elaborated. “I’ve been bouncing around from friends houses and sometimes staying at my grandmother’s place.”

She had no idea the woman who would interview her, Dakara Spence, understood. She’d been there, too.

“I saw myself in her,” Spence shared. “When she came to the interview in her slippers and scarf, I know what that is like, because I was also homeless, as well.”

“I told myself if I ever had the opportunity to give a job to someone else, I’m going to do it,” Spence added.

The dance came right after their interview ended, before Jones knew she got the job. It was moment of joy and relief, Jones explained.

“I knew I had been able to be myself,” she added.

Her boyfriend was waiting in the parking lot. “The dance was a signal to him that I felt great about it," she said.

Jones' soon-to-be new boss watched the dance from the window of the restaurant. She hired Jones right then and there. Then, she shared the surveillance video of the dance online.

Millions of people have had their own moment of joy watching it.

Kallayah Jones told 11Alive she is loving her new job and added she is excited to be receiving her first pay check.