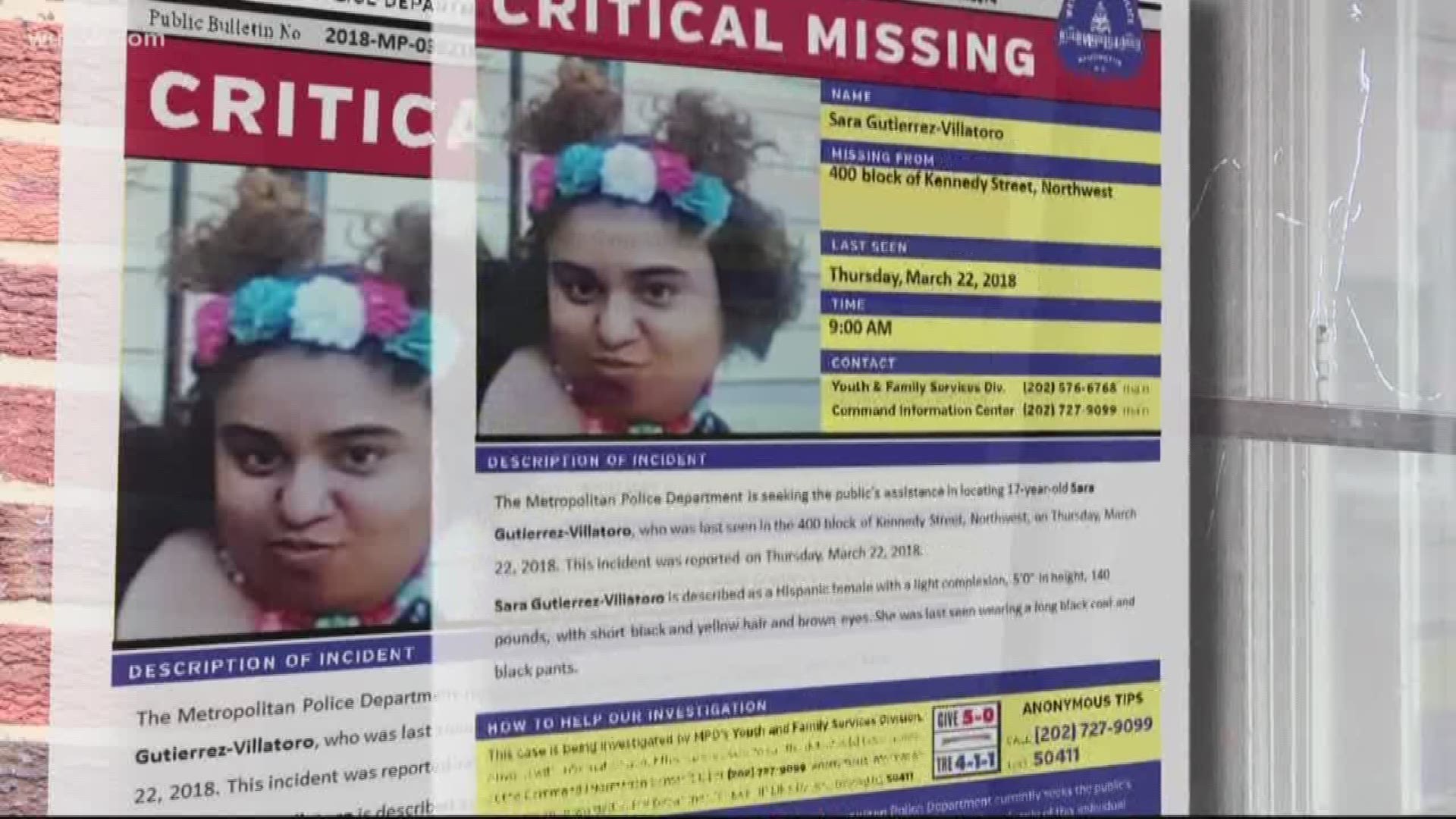 DICKERSON, Md. — Montgomery County Police have arrested four suspects in the murder of 19-year-old Sara Gutierrez-Villatoro. The suspects range in age from 16 to 24.

The day after Thanksgiving, police found Gutierrez-Villatoro's body, dumped in the woods in upper Montgomery County. She'd been shot to death.

Montgomery County Police said a passerby spotted the teen's body in the woods off Route 109 in Dickerson. It’s less than a quarter-mile off the exit from Interstate 270, in the far upper reaches of Montgomery County.

It's 28 miles from the teenager’s family home in Northwest DC.

Her family was weeping, praying, and singing hymns Monday in the tiny apartment.

Her father thinks gang members may have killed her. And with the killers still at large, he was too afraid to give his name or speak on TV; worried the gang might target more members of her family.

However, he did confirm that his little girl had run away repeatedly, despite her family’s best efforts to stop her.

DC Police searched and found her at least three times in 2018. First in March. Then again in October. And then a third time in November.

Her father says just before Thanksgiving, she left the house again to go visit a friend.

The next thing he heard was police at his door, saying they’d found her shot to death here in Dickerson on the Friday after the holiday.

At this point, detectives are offering very few details on their investigation.

Her family is desperate for justice, for someone to catch her killer or killers.