Funeral held for veteran Virginia officer who died on duty

Officer George Moskowitz died from a medical emergency. His funeral was Saturday. 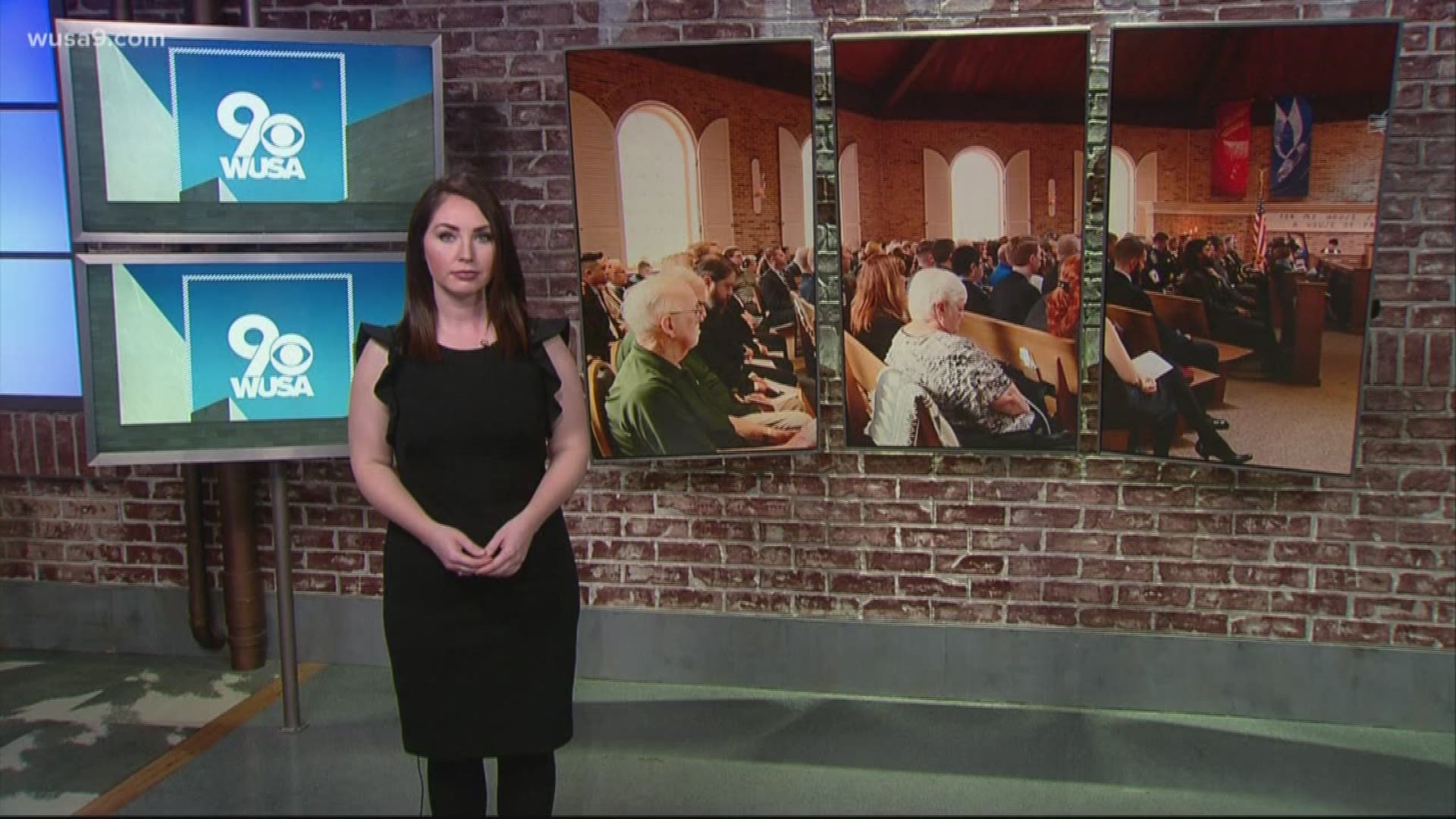 FAIRFAX, Va. — Sergeant George Moskowitz was honored for the final time on January 11 during a funeral in his Fairfax community.

Moskowitz was a law enforcement veteran. He retired from the Fairfax County Police Department after 25 years of duty. He then went to the City of Fairfax Police Department where he was promoted to Sergeant and on duty for eight years.

The line “well done good and faithful servant” was repeated multiple times at his funeral.

All of those who spoke at Moskowitz’s funeral said he was a devoted and loving husband, father, and fellow officer.

Numerous law enforcement and fire department agencies from across the region attended the funeral.

Credit: WUSA
Law enforcement waited as others gave their condolences to Moskowitz's family.

“Sergeant Moskowitz was more than anything else a family man. He was a friend. I think he considered us part of his family. He was a mentor. Anytime you had a question that you couldn't find an answer to you would go into his 30 plus years of law enforcement experience and be able to get that answer, or you would be able to find it for you,” Sgt. Matthew Lasowitz with the City of Fairfax Police Department said.

Moskowitz was on duty when he died. City of Fairfax Police Chief Erin Schaible said one of his coworkers walked into the locker room and found him unresponsive. Schaible said CPR and the AED weren’t able to save him.

RELATED: Fairfax City Police officer dies of a medical emergency while on duty

While officials don’t know how he died, Harvard researchers have found sudden cardiac deaths account for up to 10 percent of all on-duty police officer deaths.

" I think it’s a stressful job and a stressful environment, but overall that could take a toll on our body and our minds,” Lasowitz said.

Credit: WUSA
Moskowitz's police cruiser serves as a memorial outside the City of Fairfax Police Department.