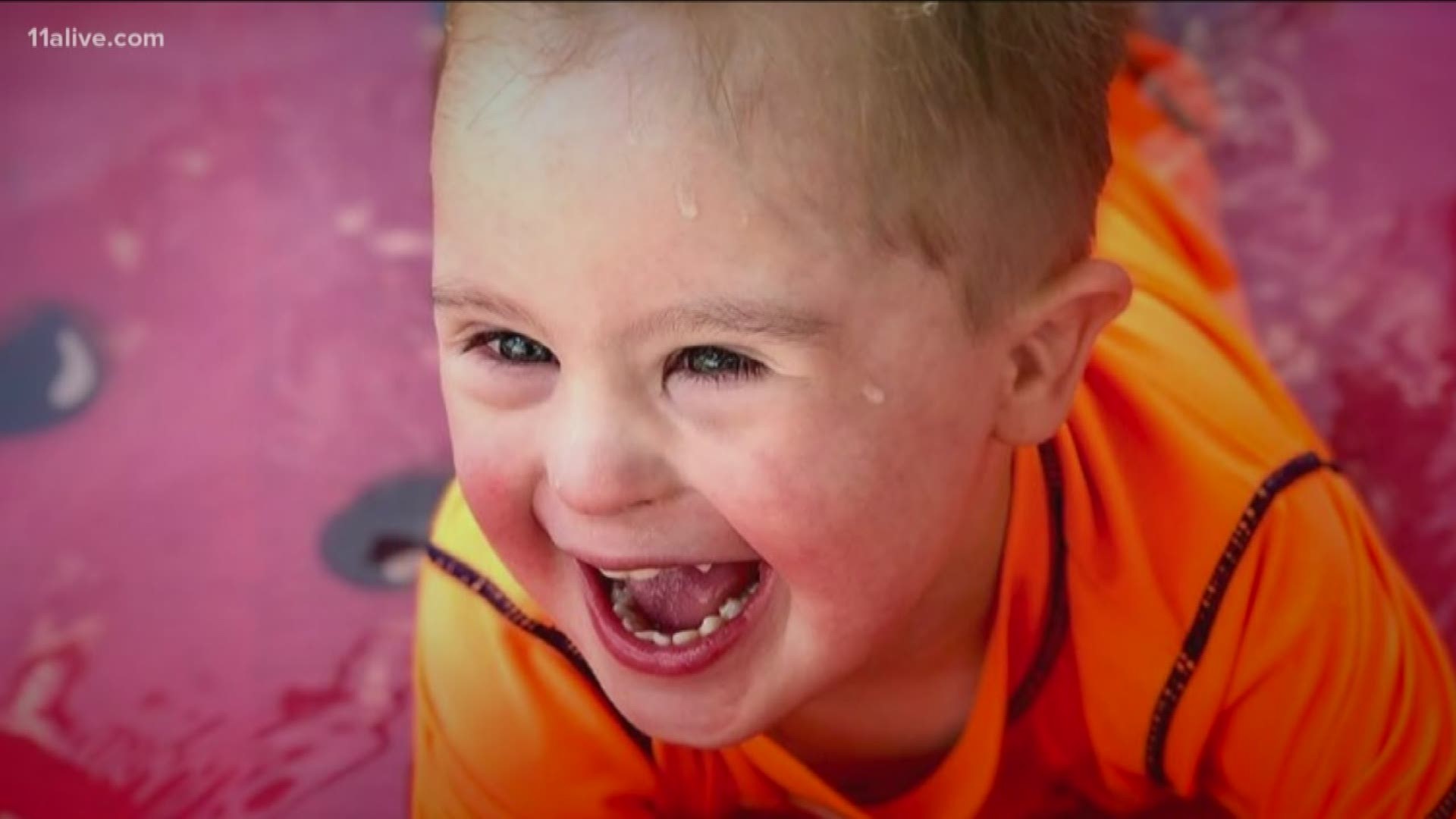 11Alive first introduced you to Asher Nash in 2016. The 15-month-old’s mother said he hadn't been submitted for a job by a children’s modeling agency because the child has Down syndrome.

His story quickly blew up online.

“You guys were actually the first news channel to interview Asher,” mentioned his mom, Meagan Nash.

“I still can’t believe he’s about to be four. He’s still like my tiny little baby,” Meagan said smiling.

The little guy lit up hearts across the country back in 2016 at just 15 months-old.

However, Meagan found out the agency said that Asher’s pictures hadn’t been submitted to Oshkosh because he has Down Syndrome.

“We were upset by what we were told. So, we took it to Facebook and posted it with the pictures and overnight it went viral. It had hundreds of thousands of likes and shares. The young star got the chance to meet the CEO of Carter’s, who owns Oshkosh, and a few weeks later Asher was in their winter ad,” she explained.

“It just blows my mind to think about it still.  He’s the first person with a disability to ever appear in one of their ads,” Meagan stated.

Since then, Asher has worked with Toys R’ Us, Babies R’ Us and he was also the face of Num Num, a utensil company.

He’s landed numerous other gigs too.

“The biggest thing though was when he got a chance to go out to California and he shot the PSA video with cast of Born This Way,” Meagan said.

When Asher isn't in front of the camera he is in school. The young boy just started pre-k.

“He’s becoming a very typical child. The biggest thing that I’ve learned that do not ever underestimate the power of the internet,” mentioned Meagan.

Asher’s family continues to be heavily involved with the Down Syndrome Association of Atlanta.

Meagan is helping organize this year’s buddy walk, which will be on October 5th.

READ: Man with Down Syndrome honored for working at same McDonald's for 27 years

Asher's first ad is out! Take a look!