The hospital called her Baby Jan Winter when she was discovered in 1983. 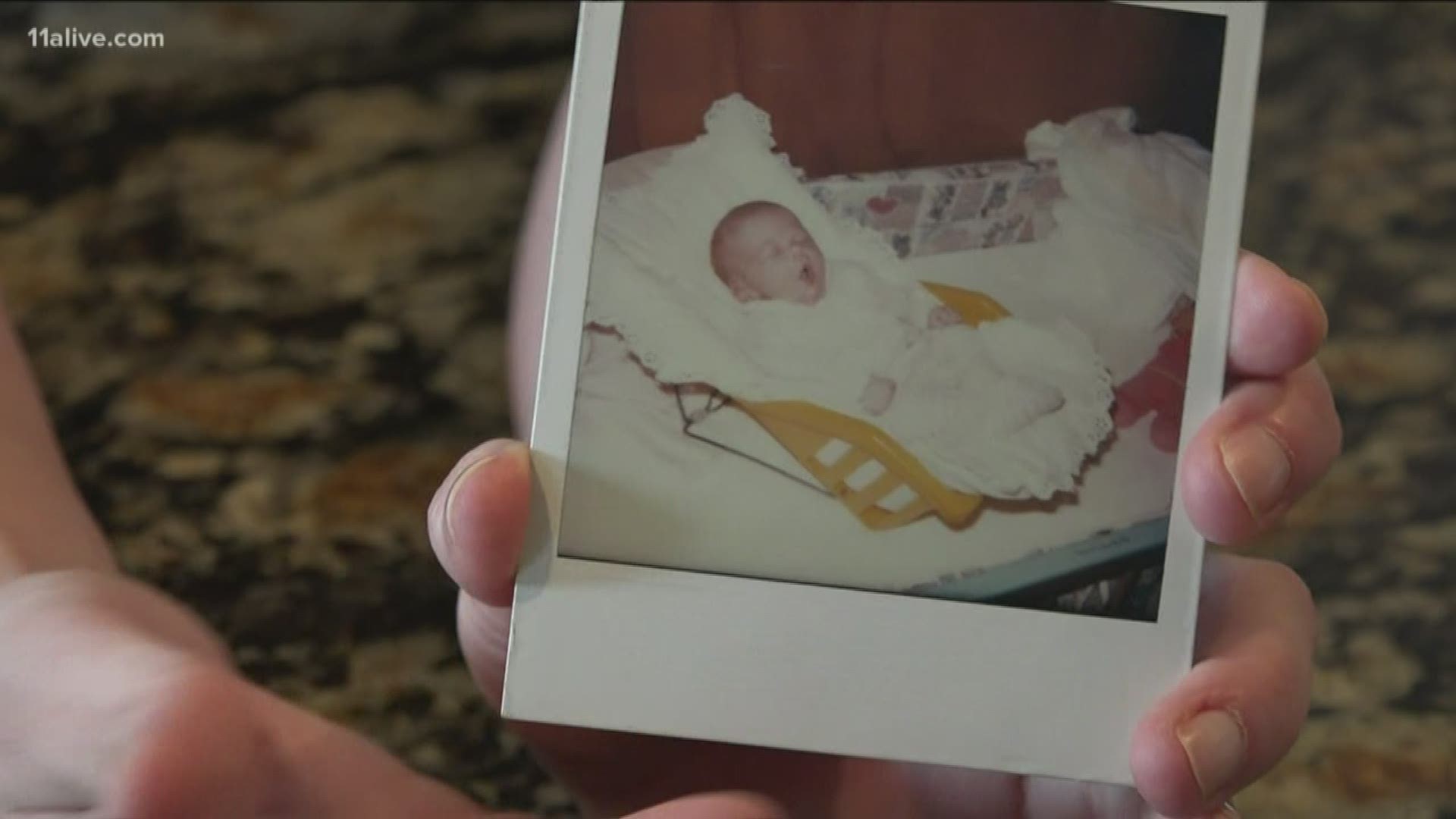 ATLANTA — In 1983, she was left to die in a dumpster. Abandoned, wrapped in a towel, and cold to the touch.

Thanks to a group of strangers who saved her, she's here - more than 36 years later - looking for them.

She doesn't wish to find her biological family who left her there. Rather, she wants to find the people who rescued her.

She proudly shows the very first picture of her. It came home with her from the adoption agency. Days after she was found in an Atlanta dumpster, someone snapped the picture of Baby Jan Winter.

The hospital staff named her that because she was born in January - in the middle of winter. That's all they knew.

"There's a part of my life that I am completely missing," the woman, who now goes by Amanda Jones, said.

She became Crystal in foster care, and then Amanda when she was adopted.

Amanda Jones is the name that feels like home, and she said she never really wanted to know more than that ... or even to find her biological mother.

"I really just wanted to tell her that I forgave her," she explained. "People make bad decisions when they're under pressure, and I didn't want her to live her whole life with this on her heart."

Amanda has a good life, with a beautiful family and loving parents, she said. That was all she needed. Until she saw Baby India rescued from a plastic bag earlier this year.

"I immediately felt connected to that baby," Jones said. "We shared the same story. She was abandoned."

Amanda watched the way the family who found baby India cared for her. How the officers who saved her spoke to her. And she wondered, is that what her birth looked like?

"I can't imagine being the person who found a baby, not knowing all these years what happened to that baby," she said. "And I want them to know I have led a wonderful life."

She wants to find the people who saved her to tell them how thankful she is that they cared.

"Thank you. Thank you for giving me an opportunity at life. And helping me to find a place where I fit in."

The dumpster was located at 5600 Roswell Road in the old Prado business complex.

She's looking for the people who helped her, Fulton County Detective Joyce Vaughan or even people who saw it on the news who might have more information about what happened.

She set up a tip line where you can email her at: babyjanwinter@gmail.com.