The legendary player hit back-and-forth with nearly 100 kids enrolled in summer camp at the center! 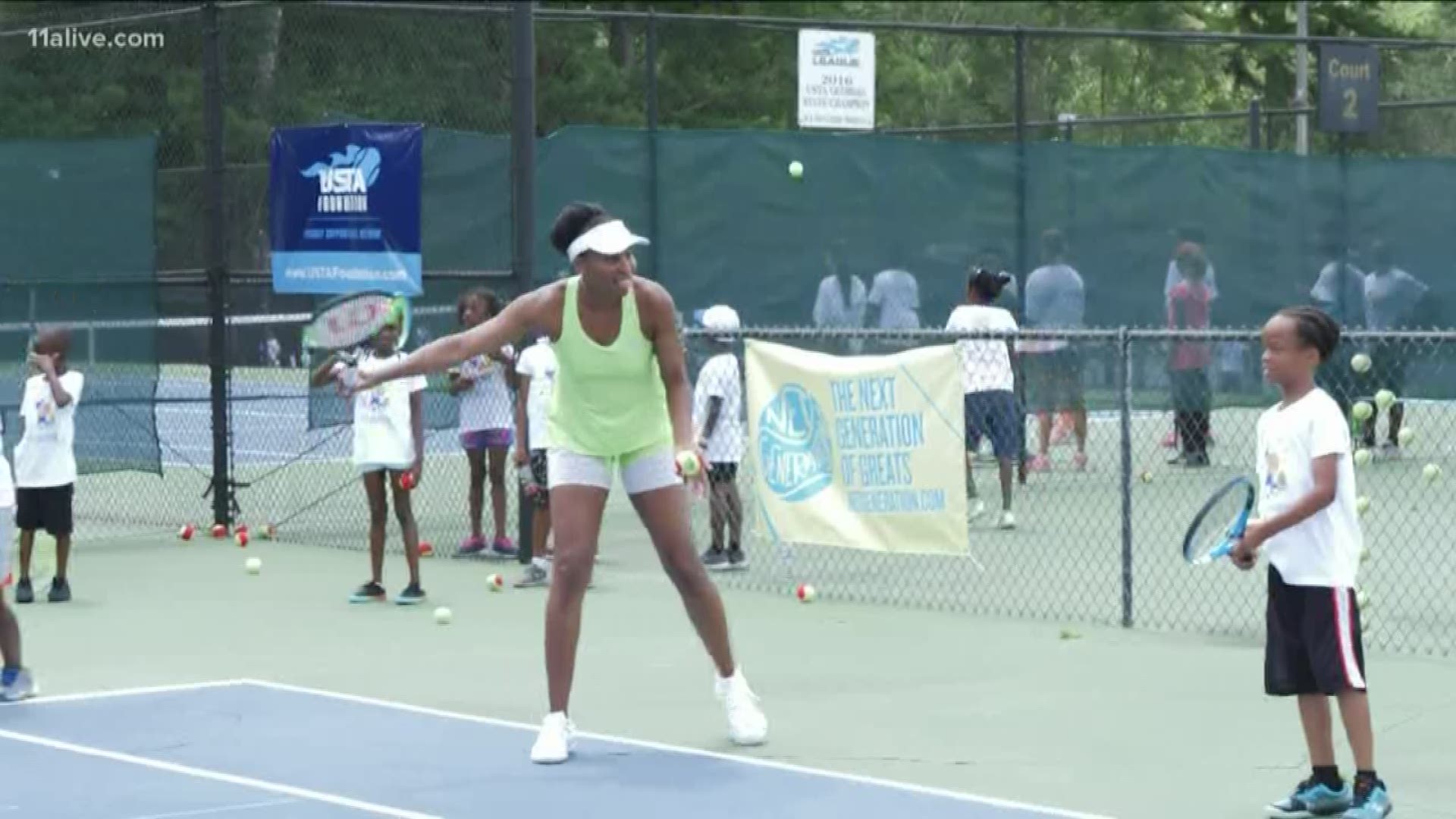 FULTON COUNTY, Ga. — Tennis superstar Venus Williams stopped in Atlanta, Monday, to help mold the next generation of tennis players when she hit the courts for a clinic at the South Fulton Tennis Center.

The legendary player hit back-and-forth with nearly 100 kids enrolled in summer camp at the center - in an effort to inspire the up and coming athletes as part of the US Tennis Association's Net Generation organization.

"I love to be out here with the kids," Williams said during an interview there, Monday. "It keeps me motivated to keep going. Hopefully, we'll see some future stars come out of this, but more than anything - a lot of success stories by using sport."

Williams said organizations like the Net Generation gives kids the chance to be exposed sports and feel good about themselves.

"And if we could see a profession player come out of this, that would be the icing on the cake," she chuckled. "But it's doing so much more than that."

South Fulton Councilwoman Helen Zenobia said it was an honor to host Williams, who came to Atlanta because it's a "tennis town" as Williams called it.

"I am sure her visit will have a lifetime impression on our youth and inspire them to master tennis as she has throughout her long career," Zenobia added.

Williams is a seven-time Grand Slam winner and has earned 49 Singles titles over the course of her professional career.

In her last appearance at a tennis major, she was knocked out at Wimbledon by rising tennis player and Atlanta native Coco Gauff.