Princeton's mom was so touched by the support they received during their hospital stay, she's planning to pay it forward and help other families 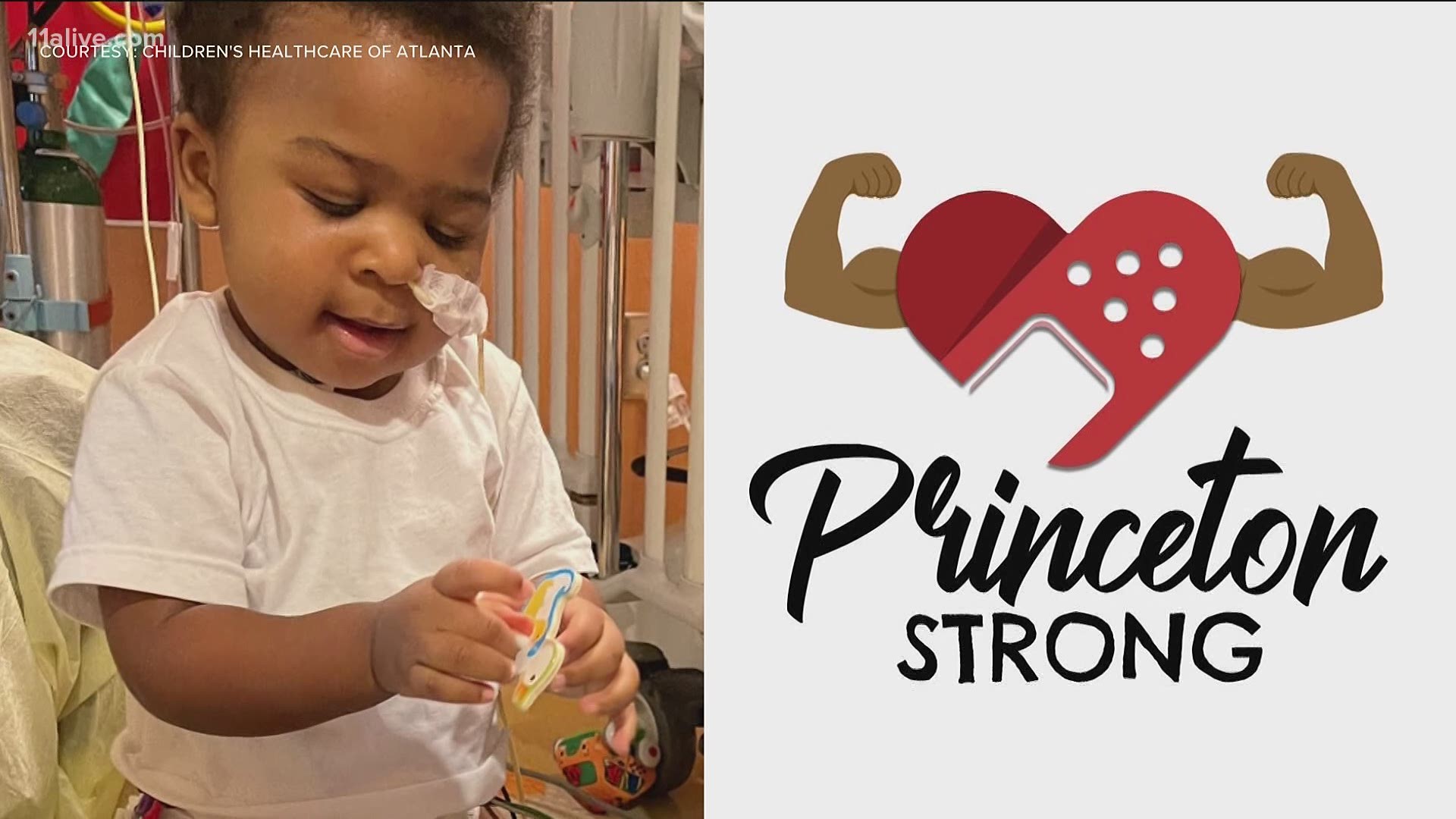 ATLANTA — A young toddler went home with a new heart Wednesday after spending more than four months at Children's Healthcare of Atlanta and his mom said she plans to help other families.

11Alive's Liza Lucas joined his family on his last full day at the hospital as they shared their experience over the past months, a journey that started in February after his mom took her little boy to the doctor after he began to show signs of extreme lethargy.

LaNighthia  "Chas" Hayes thought she was just taking Princeton for a regular checkup. Instead, he was transferred to Children’s Healthcare of Atlanta where testing revealed he had cardiomyopathy. Doctors told Hayes her son's condition would require a heart transplant.

"Very devastating," Hayes said of how their world turned upside down. "I couldn't believe everything was happening right before me. I think I'm going for a regular check, and I turn around and my kid is on a ventilator. He had tubes everywhere."

Due to heart failure, Princeton went through a series of procedures to stabilize and strengthen his body while he waited for a transplant. At Children's Heart Center, he was put on an ECMO, which uses heart and lung bypass machines to assume a patient’s heart and lung functions, as well as an LVAD and a Berlin Heart.

"You're trying to tame down a 2-year-old who wants to play but the [Berlin] was so successful for him. Our goal was to not go into the transplant sick," Hayes said.

Princeton's team worked to strengthen their young patient so that when the call for a heart came at 6:17 p.m. on June 3, Princeton was ready.

His transplant surgery was completed by cardiothoracic surgeons Dr. Joshua Rosenblum and Dr. Fawwaz Shaw on June 4, and less than two weeks later, Princeton was set to be discharged.

Hayes said she can hardly believe how her baby boy is bouncing back.

"My little man is doing great," she exclaimed. "He's standing up. He's playing, talking, smiling, laughing, eating more. He's actually recovering better from the transplant than he did his first surgery."

Princeton will now be home in time to celebrate his second birthday in July. His mom is so thankful for the support her family received during their time at Children's, she's decided to start a nonprofit in Princeton's name to both raise awareness and support other families with care packages of necessities they'll need while in the hospital.

"That'll help them get started and not take the trip to Walmart," Hayes said. "The family needs to be solely focused on being with their kid at that time."

By sharing Princeton's journey, Hayes hopes to give other families in a similar situation a story of hope to hold onto.

"I want Princeton's testimony to be a faith builder," Hayes said. "We want to make families strong inside and out in every area of their lives."