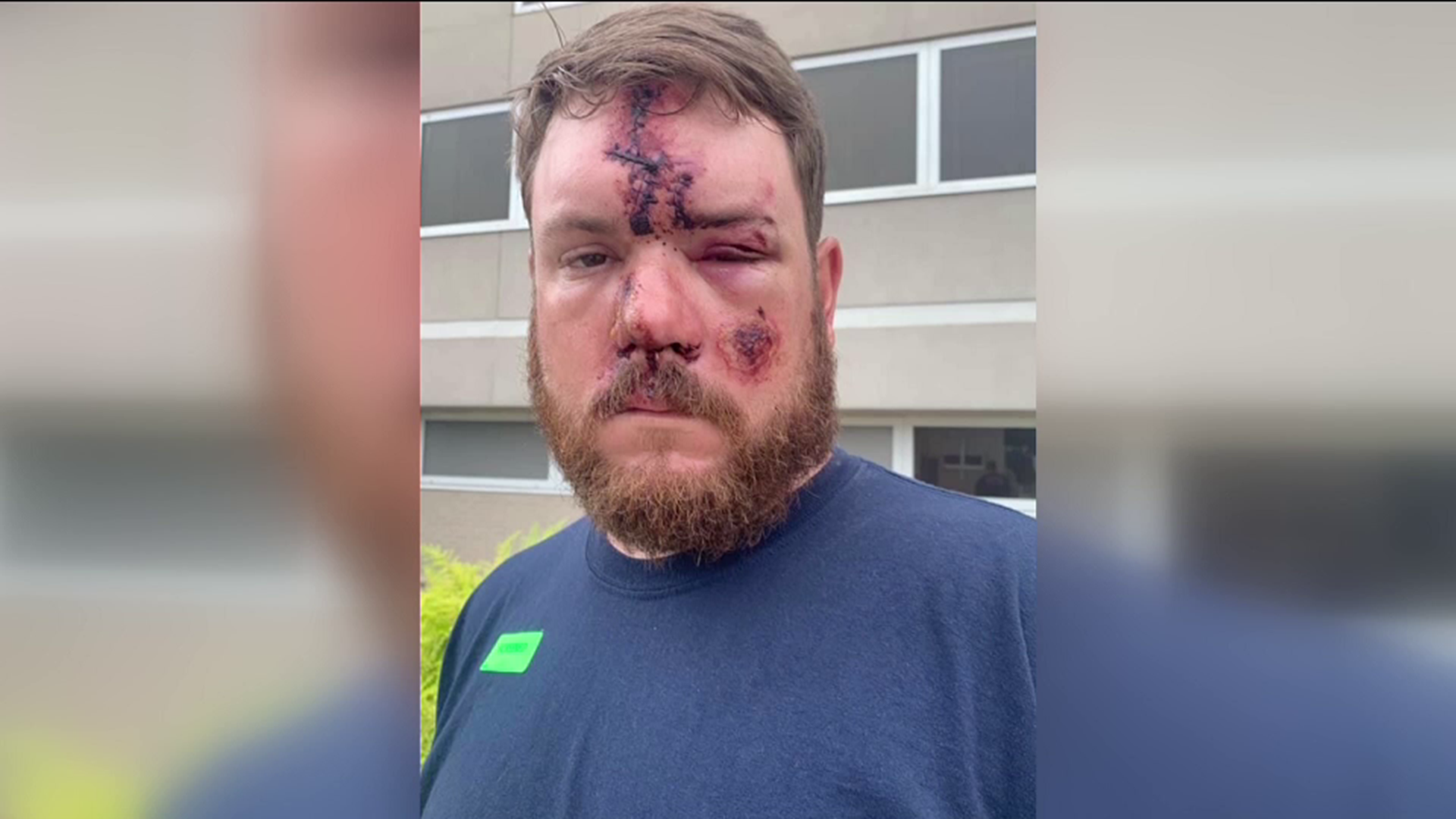 OCONEE COUNTY, Ga. — A local volunteer firefighter is highlighting the dangers of the job after nearly being killed in the line of duty.

Now, he's warning drivers to slow down and move over when they see emergency lights flashing.

Haley Dalton wants people to see the look on her son's face when she had to tell him his daddy was hit by a car.

Five-year-old Finn was terrified. Two-year-old Parker Kate just wanted to fix him. But volunteer firefighter Spence Dalton was never worried about himself.

"Where's my wife, where's my two kids. I knew it wasn't my time to go and I was going to fight my way through it," he said. "And not let myself go on that side of the road."

He spoke to 11Alive on the phone because he still thinks his injuries are too hard to look at on camera. But he wants people to see the devastation of what can happen when drivers don't move over when they see an emergency vehicle.

"When they see these emergency vehicles on the side of the road, it's mothers and fathers, and grandparents that are out there trying to assist the injured or assist the accident," he said.

Spence was helping to clear a tree in the road after a storm hit Oconee County the night of June 6.

According to the police report, a driver charged with leaving the scene, driving while intoxicated, and having an open container slammed into him.

"The "Move Over" law requires that when you have an emergency vehicle responding that has its lights and sirens on, you need to move over to the next lane or slow down and be prepared to stop your vehicle," personal injury attorney Michael Ruppersburg said. "And that's what they really want to see happen is awareness, so that doesn't happen to other people."

Jeremiah Van Dora, the family's workers compensation attorney and Ruppersburg are fighting with the family to raise awareness about the law.

"Seeing these two small kids looking at their father with these severe facial injuries and being upset just broke my heart, and I really just wanted to help them get back on their feet and back to a normal life," said Van Dora.

Spence's nose was nearly ripped off his face. It's broken in 3 places. His pelvis is broken and he'll need surgery on his knee and back.

All because a driver didn't move over when they saw the emergency lights.

"We're not out there to inconvenience your day, we are out there to help you and help those other drivers," said Dalton.

Friends of the family are hosting a benefit to help the Daltons with the expenses from the accident on July 17 at Crowe Farms in Bogart, Georgia.

Spence will be out of work for several months.

Why would you delay payments on the Child Tax Credit?