Your guide to the six venomous snakes in Georgia

ATLANTA -- With temperatures rising and Georgians enjoying the great outdoors this summer, it’s important to familiarize yourself with the wildlife.

Especially venomous snakes, which are often spotted along hiking trails and near bodies of water across the region. Even in the security of your yard, there’s a chance a venomous snake could be out looking for food or warmth.

►►RELATED: Copperheads are moving in Georgia | Here's how to protect yourself

So, here’s your quick reference guide to the venomous snakes that call Georgia home. In total, there are more than 46 species of snake, but just six are poisonous. Generally speaking, venomous snakes will have a triangular-shaped head with long, movable fangs. Non-venomous snakes typically have a round head, no fangs and no heat-sensory pits on their faces. 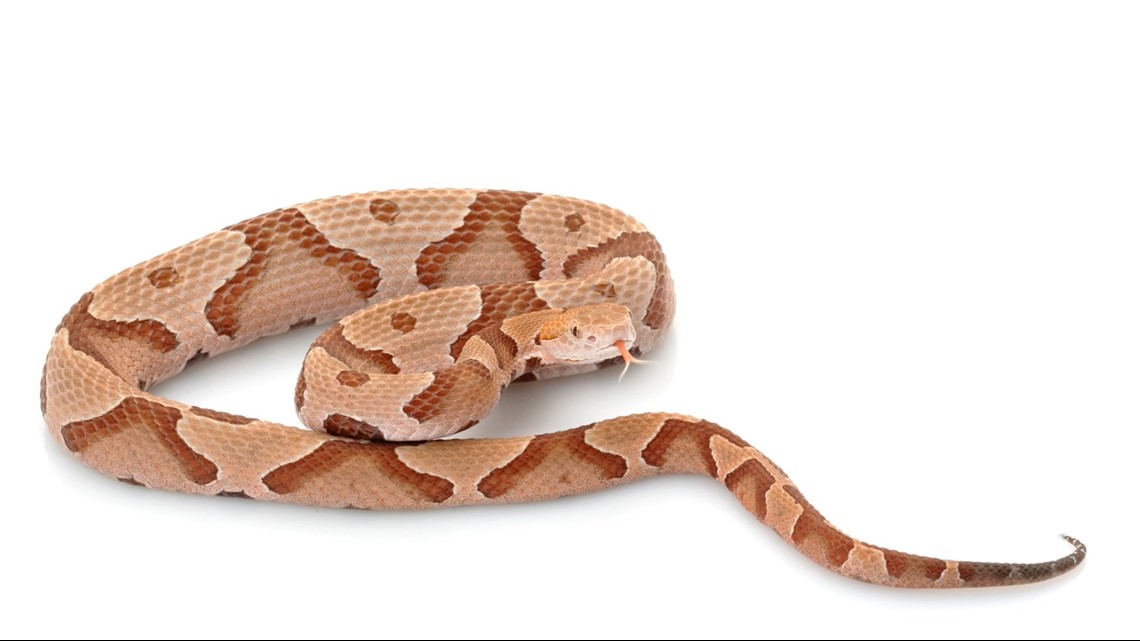 The copperhead is easily recognized with their brown markings with an hour-glass shaped pattern. Like other pit vipers, copperheads have an arrow-shaped head and heat-sensory pits between each eye and nostril to track prey.

►►RELATED: What you need to know about snakes in Georgia

►►RELATED: Can you identify this snake? Here's how

According to the Carolinas Poison Center, officials receive 10 times the number of calls about copperhead bites than all other snakes combined. There’s some good news, though. About half of the bites from copperheads result in only mild swelling and pain.

Where they’re found: Throughout forested areas in most of Georgia. In the mountains, you'll find them on dry rocky hillsides. They can be known to den with timber rattlesnakes on open, south-facing hillsides. In the Coastal Plain, they can be found in lowland hardwood forest and swamp margins. They are also common in suburban areas of large cities. (Source: University of Georgia)

In Georgia, "cottonmouths are generally restricted to the Coastal Plain but are found in a few Piedmont locations west of Atlanta, Georgia," according to University of Georgia researchers.These snakes prefer to live in swamps and wetlands with freshwater, but occasionally they’ll be on land.

Unlike most other snakes, cottonmouths aren’t afraid to stand their ground when threatened. They’re typically dark-colored with dark bands and a white, cotton-like inside of its mouth. Adults are usually 3-4 feet long and hunt rodents, amphibians and other snakes.

Where they’re found: Swamps, wetlands, almost any source of freshwater

The Eastern diamondback rattlesnake is known for its dark brown to black “diamond” scale pattern and the signature tail rattle. Each diamond is outlined with yellow-to-white bands and like copperheads, a triangular-shaped head.

Eastern diamondbacks are normally found in numbers on barrier islands. They are also found in mixed pine-hardwood forests that develop on abandoned agricultural sites, or around open woodlots, brushy pasture borders and abandoned homesites in suburban and urban areas (they almost never enter homes.) During the winter, they’ll burrow underground, but once the weather warms up, they’re quite active. Adults are usually about four feet long, and unlike most other snake species, rattlesnakes ambush prey that gets too close.

Bites from any rattlesnake are usually more severe than copperheads or cottonmouths and are considered a medical emergency. These snakes are considered rare according to the Georgia Department of Natural Resources.

Where they’re found: According to UGA researchers, eastern diamondbacks are are found in the lower coastal plain of the southeast; their stronghold is in Florida and southern Georgia. They generally avoid wet areas but sometimes live along the edges of swamps, UGA said.

Pigmy rattlesnakes are small in size (1-2 feet) but they can pack quite the punch with their bite. These rattlers feed on small rodents and frogs.

It can be difficult to hear the tiny rattle on a Pigmy’s tail, so always be aware of your surroundings. They can vary from a dark, charcoal gray color to light gray and pink.

Where they’re found: Everywhere outside the mountains, but they’re usually not too far from a source of freshwater where unsuspecting prey stop to get a drink.

Their habitat ranges from the coast to the mountains. If you’re in the mountains, they’re called timber rattlers, but if you’re near the coast, they can be referred to as canebrake rattlesnakes.

Adults are usually around 4-5 feet long and can be found along forest floors. In the mountains, these snakes are usually hunting along streams and valleys, while the coastal canebrake rattlesnakes hunt near wooded bluffs near rivers and swamps.

Where they’re found: Everywhere, but usually near sources of water and wooded areas. These snakes like to hide inside tree stumps and wait for their prey to approach.

Coral snakes belong to the elapids family of snakes, which includes some of the deadliest snakes in the world, such as cobras and mambas.

This is the only venomous snake in the Georgia that isn’t a pit viper. Adults are usually about two feet long and have bright red, yellow and black bands down the length of its body. These are often confused with harmless king snakes, but as long as you remember “Red touches yellow, kill a fellow” and “red touches black, venom lack,” you’ll know the difference. Also, a coral snake’s nose is always black.

Where they’re found: Anywhere, but they aren’t common in any single area. These snakes are very secretive but are spotted most frequently in loose, sandy soil. 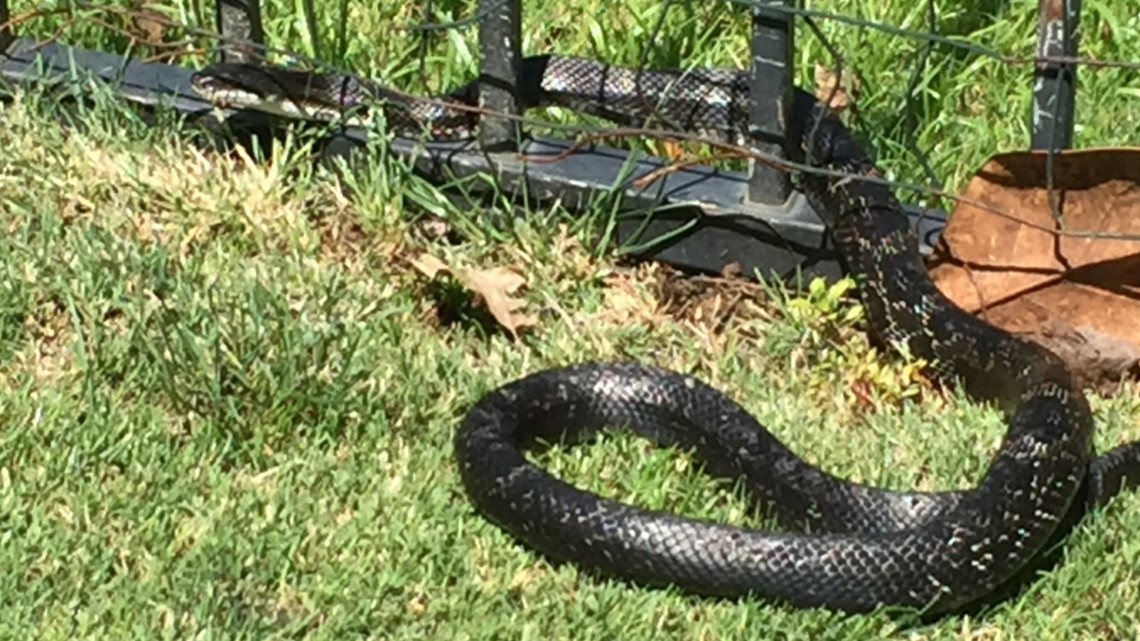 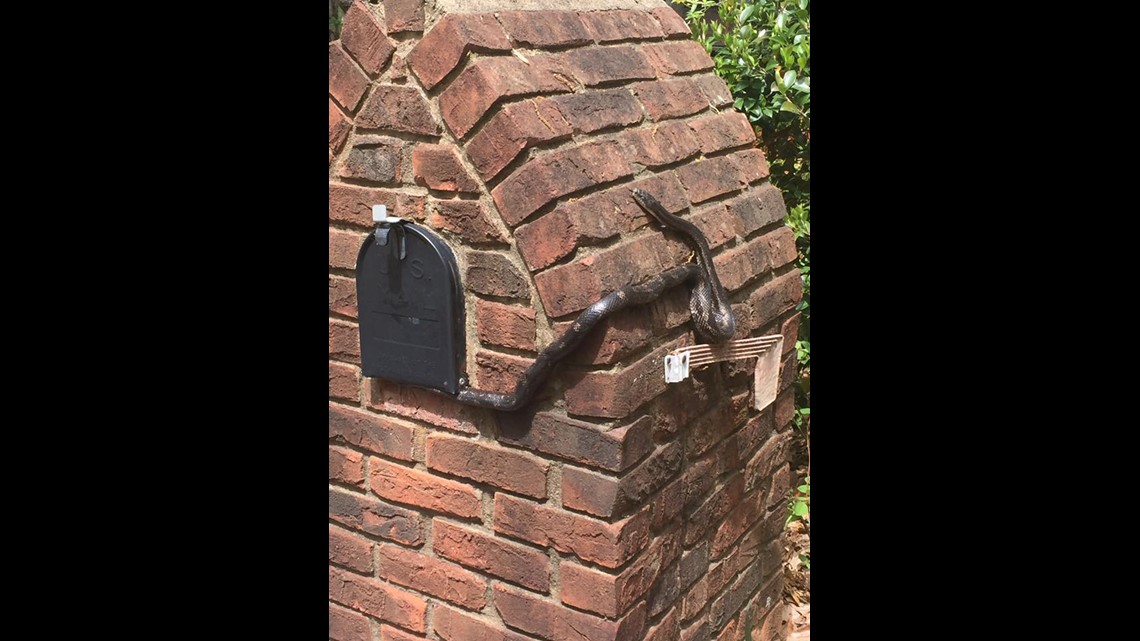