A 6-foot alligator became snack food in a backyard in South Carolina's Lowcountry. 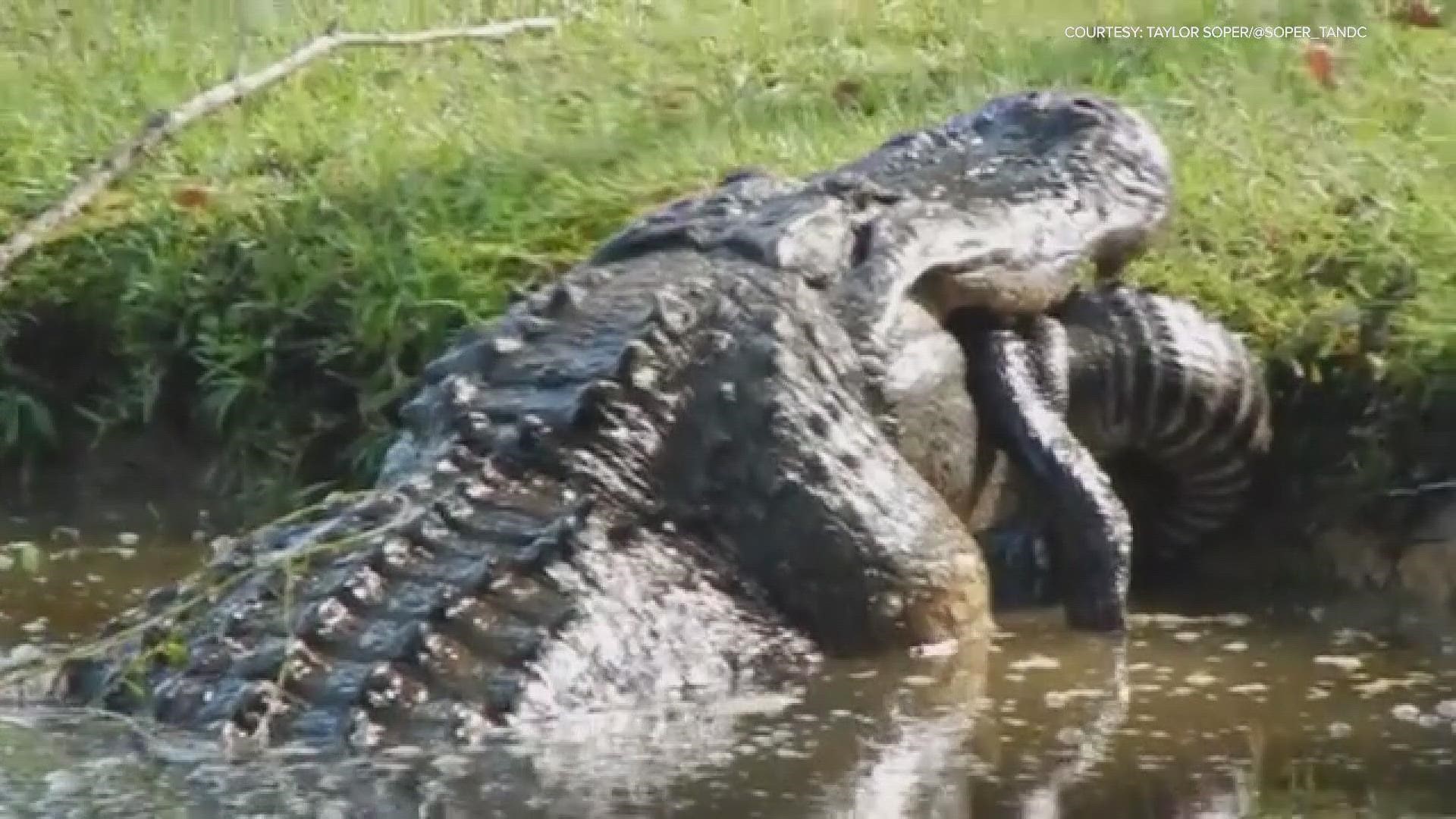 But something you don't see every day is an alligator eating another gator like a snack.

It reportedly happened in the Lowcountry of South Carolina, and one man caught it all on camera.

Video shows the massive reptile at the edge of the water with a smaller alligator's hind legs and tail hanging out through his teeth. Then, with a few shakes of the head, the alligator swallows his prey in seconds.

The video, posted on Twitter by Taylor Soper, has racked up more than a million views in less than 24 hours. Soper said his dad captured the incredible moment in his backyard.

The smaller alligator may look like snack food in the video, but according to Soper, it's actually about 6-feet long. And the big guy? Soper says he's about 12 feet from nose to tail.

Soper also said this isn't the first time they've seen something like this.

"We saw the one getting eaten in the video eat a smaller one last weekend," he wrote to 10 Tampa Bay. "So kind of just wild."

Sounds like it's survival of the fittest for alligators in the Lowcountry.

Here in Florida, we're getting rid of alligators in a different way. A video went viral earlier this week of an Orlando man using a trash can to scoop up a gator outside his house and bring him to the water nearby. 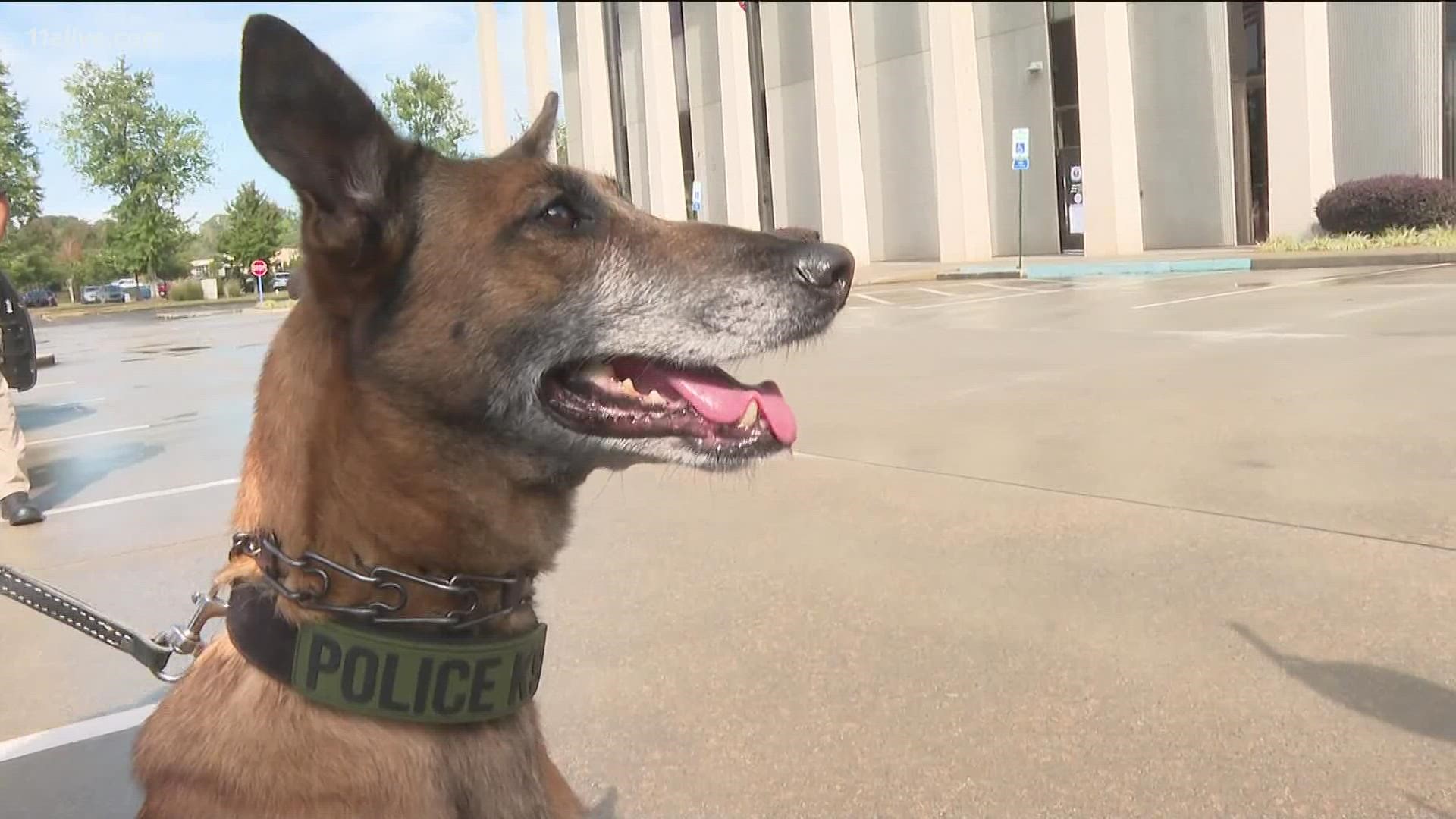