The mom said they told her they forgot where the horse came from. 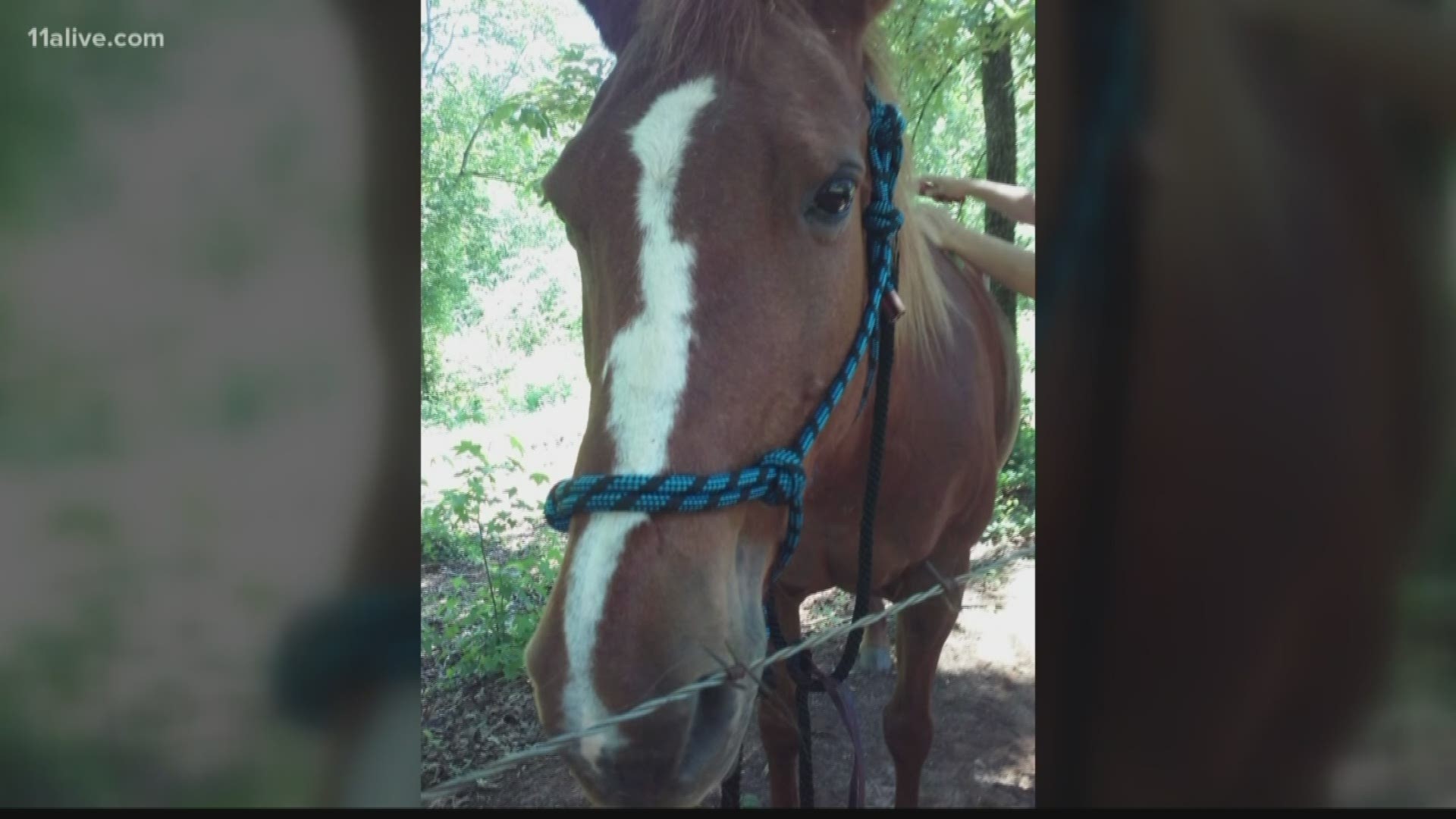 JACKSON COUNTY, Ga. — Two strangers offered a lending hand to a mom struggling to take care of her horse, but instead of helping, the mom told 11Alive the strangers sold it.

Amy Robach said her horse, Bourbon, would play with their dog and her daughter, but she needed a fence. She claims she made a social media post, asking for help.

Robach said last December, she took the horse to stay with two people - Bethany and Kevin Wilbanks - who she said offered to keep Bourbon temporarily.

“It was until we got the fence fixed, and it was all coming winter time, and with all that wet area, we couldn’t do anything with the fence," she said.

However, she claims when she reached out to them on social media in May, one of them told her the horse had been sold because they had fallen on hard times.

Robach claimed Bethany Wilbanks even told her they forgot where the horse even came from.

"I couldn’t believe that she actually did that," she said.

Robach filed a report with the Jackson County Sheriff's Office, making them aware of what happened. The Wilbanks are charged with felony livestock theft and misdemeanor theft by taking.

Now the Robachs are doing what they can to find Bourbon, including hiring private investigator Stan Lewis.

“I get into a lot of stuff as a private detective, but this kinda touched me," Lewis said.

And even though Bourbon has been gone for months, Robach is still hopeful.

The Wilbanks have bonded out of jail. 11Alive reached out to them, but they have not responded, yet.

Robach wants everyone to keep an eye out for Bourbon and reach out to the sheriff's office with any information.

A fundraiser has been set up to help the family. Click here for details.