A Fulton County man hopes to stop the dogs from hurting anyone else. 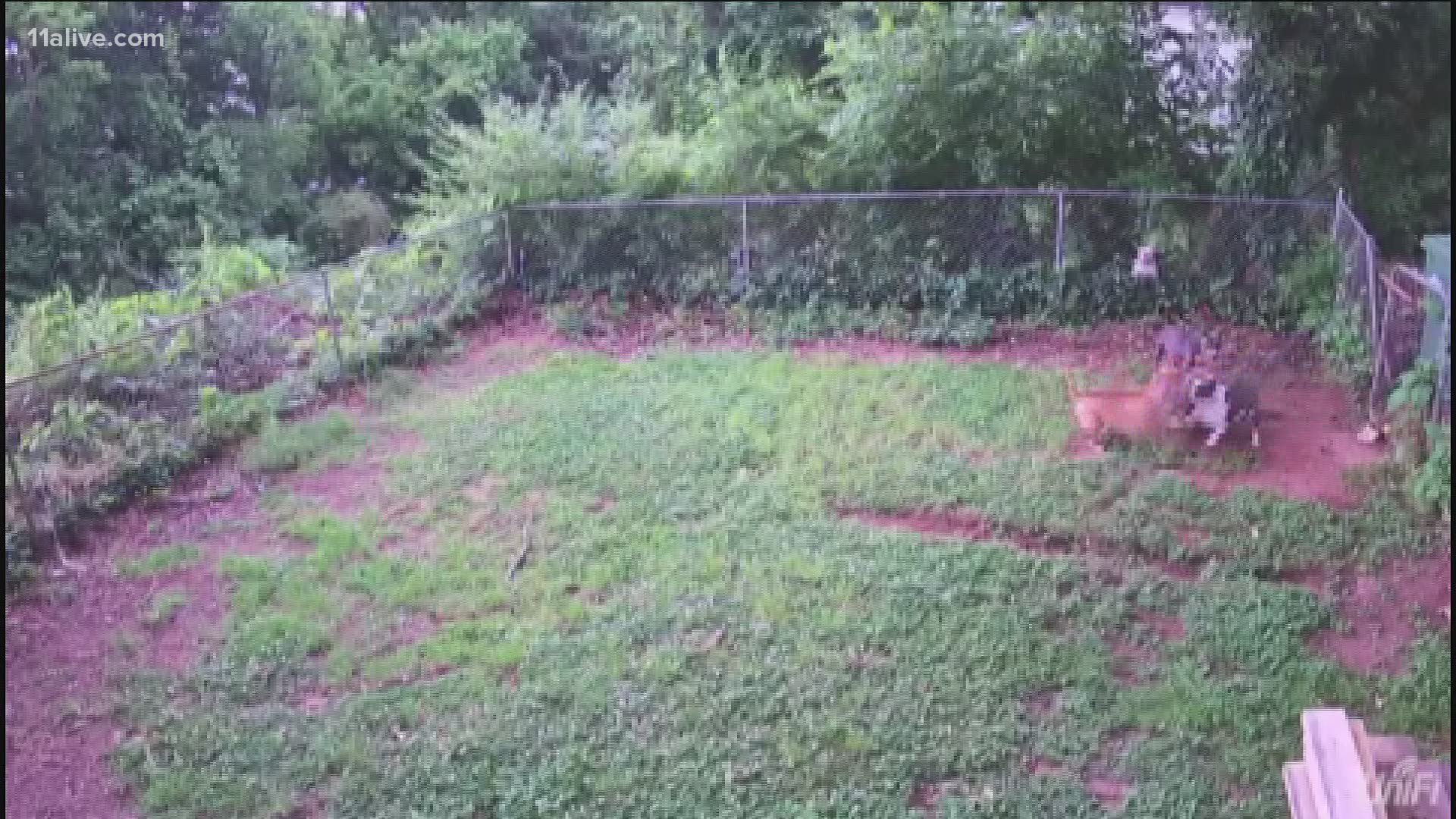 ATLANTA — Sergio Loera showed pictures of Hazel and Lilly from when he rescued them from an animal shelter.

They were "fur sisters," but Hazel was his brown-eyed girl. While on vacation, the dog sitter called Loera telling him one-and-a-half-year-old Hazel had been killed.

"That’s when I started combing through the surveillance video and it took me a few times to actually go through it all," Loera said.

The home surveillance video showed a pack of four dogs forcing their way through the backyard fence. The video is too graphic to share.

"I could hear her howling and crying as she was being viciously attacked," he said.

Fulton County Animal Control and Atlanta Police are working on this case, but have not been able to catch the dogs out or make contact with the owner. Loera took it upon himself to start tracking the dogs.

He cried as he explained trying to find them.

"I probably shouldn’t be walking around trying to find these dogs, but I can’t sit and just do nothing," he said.

He said many neighbors in Lakewood Heights are on high alert.

"A lot of folks have shared that they have to carry bear spray with them, pocket knives, bats just to go on a dog walk," he said.

"I’d rather be shot by a bullet than be mauled by a dog," Claudine Wilkins said. "I’ve been working on dangerous dog issues for 30 years and I wrote the responsible dog owner act in 2014."

The attorney and animal advocate is drafting another bill with Georgia legislators that would give more protections to victims of dog attacks.

"What a sad thing to witness on a video is to watch your beloved pet be ripped apart by some dogs," she said.

According to Wilkins, there are some major issues with Georgia laws that affect victims of dog attacks and their families, that include:

"I always say, when an attack happens on a pet in the neighborhood, it’s just the precursor to a human victim down the road," she said.