It happened at Tybee Island on Tuesday. 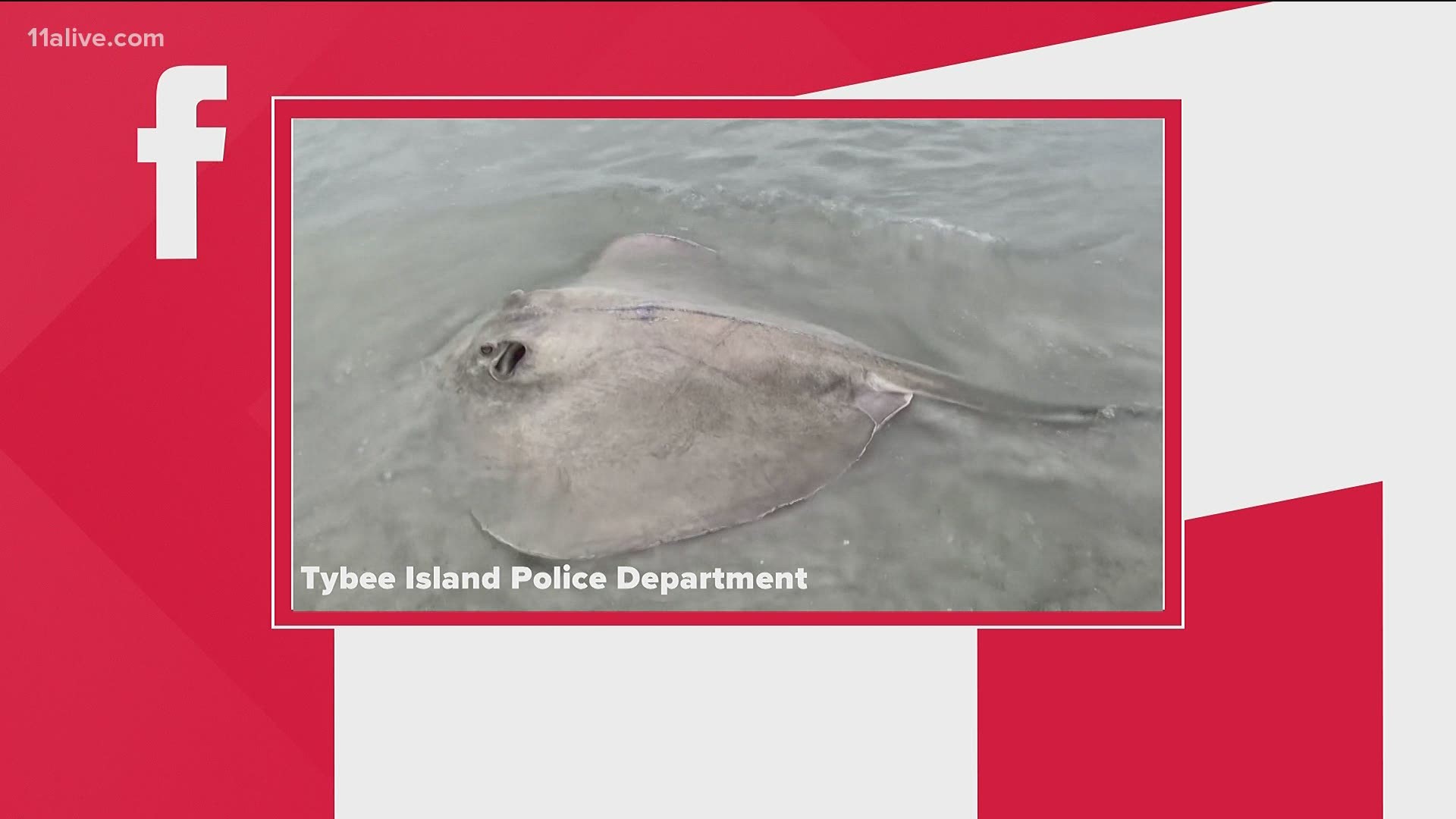 The Tybee Island Police Department wrote about the episode on their Facebook page, sending their thanks to the beachgoers.

The department said when officers responded to the beach at Lighthouse Point to assist in the situation, they found that bystanders had already pulled the sting ray from where it was stuck in thick sand back down to the surf so it could sit in the water.

"As the officer proceeded to assess he stingray’s condition, a small crowd began to gather. Not to look, but to HELP," the Facebook post said.

The department said young children began to take their buckets and fill them with water to pour over the sting ray "to keep it wet and comfortable."

"A short time later, a man stepped forward to assist our officer in carrying the stingray to deeper water, where it was able to swim free," the department said.

Yesterday, one of our officers responded to the beach near Lighthouse Point in reference to a stranded stingray. As he...

The department said they wanted to "extend our sincere thanks to everyone who lended a hand."

"While it may seem like a small deal to some, your willingness to help proved that we can do great things when we work TOGETHER," the post said.

The department asked anyone with pictures or videos of the scene to send them to LT Emory Randolph at erandolph@cityoftybee.org.