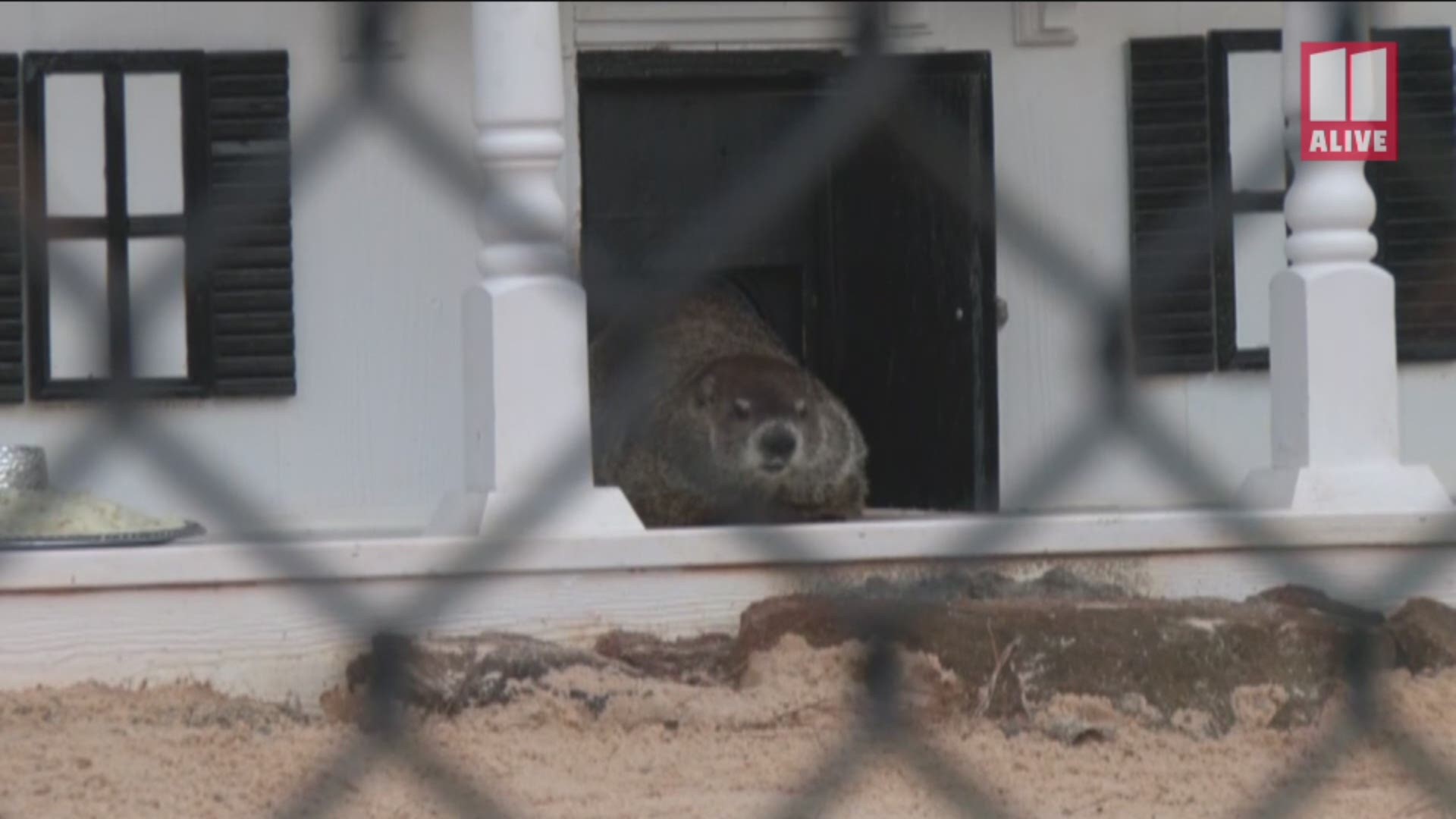 JACKSON, Ga. — The nation's two primary famous groundhogs have conflicting forecasts for the end of this year's winter.

General Beauregard Lee, the groundhog of the South who lives at a nature center in Jackson, Ga., about 50 miles southeast of Atlanta, saw his shadow on Groundhog Day, while the predicting groundhog of the North, Punxsutawney Phil, from Punxsutawney, Pa., says an early spring is an absolute certainty.

General Beauregard Lee, a groundhog, who lives at the Dauset Trails Nature Center in Jackson, Ga., south of Atlanta, is widely regarded as the Southern prognosticator of weather for Groundhog Day on Feb. 2, each year.

His predictions have earned him "certificates" from the University of Georgia as Doctor of Weather Prognostication and Doctor of Southern Groundology from Georgia State University -- both tongue-in-cheek, of course.

On Sunday morning, General Lee emerged from his well-appointed home at the Dauset Trails Nature Center and, according to the announcer, saw his shadow, which, based on groundhog lore, portends another six weeks of winter.

The Northern rodent of prognostication which cameras appear to follow with great regularity, Punxsutawney Phil, a groundhog in Punxsutawney, Pa., about 65 miles northeast of Pittsburgh, declared an early spring an "absolute certainty," according to members of Phil's inner circle.

The annual Groundhog's Day event has its origins in an old German legend which says that if a furry rodent casts a shadow on Feb. 2, winter continues. if not, spring comes early.

The actual "prognostication" is decided by each group's inner circle ahead of time, then presented at the time of the ceremony on Groundhog Day.