He died of natural causes while on the job. 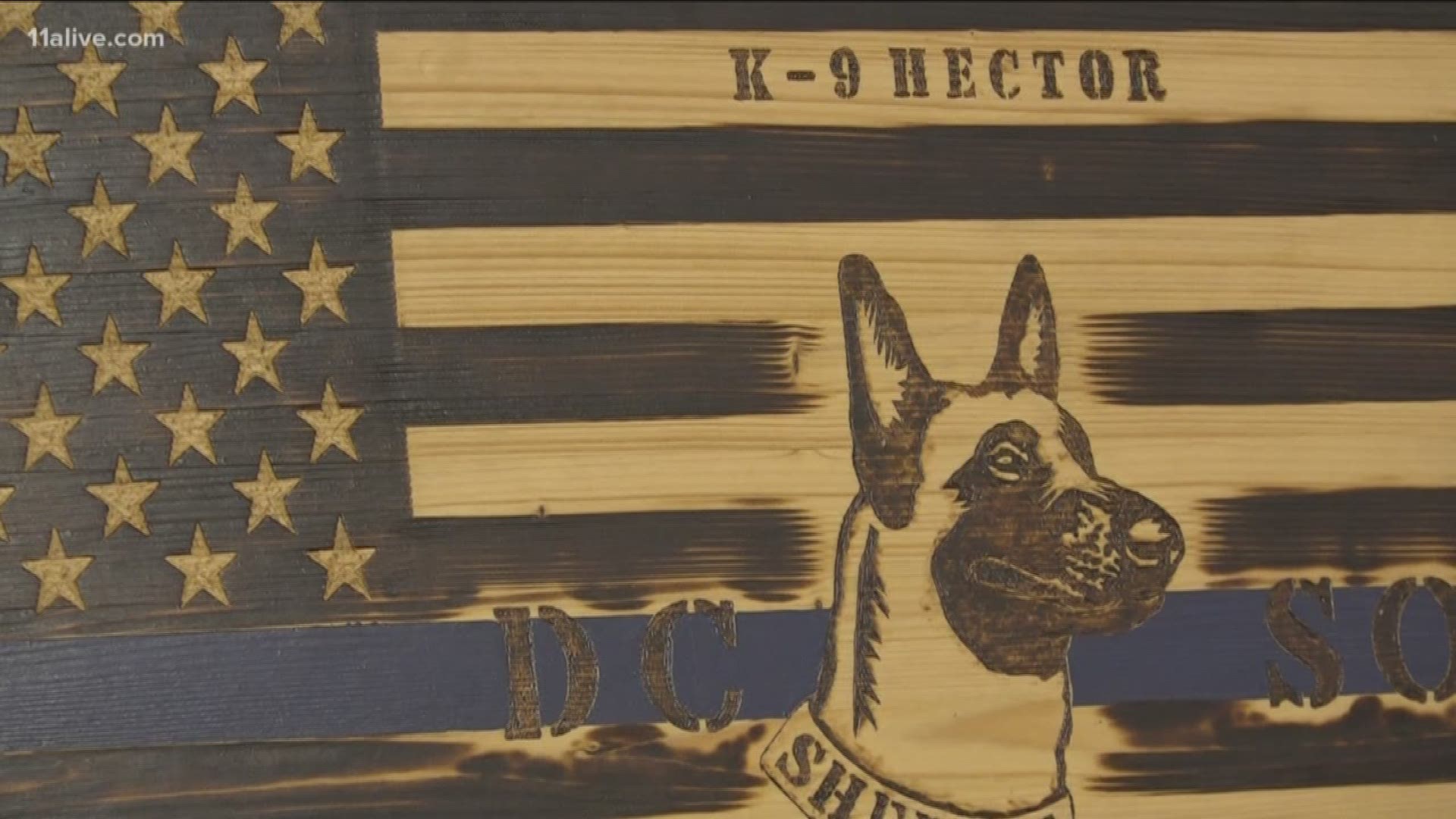 He's described as an officer who had a nose for police work.

Law enforcement gathered in Dawson County Wednesday as K-9 Officer Hector to honor him. He died of natural causes while on the job. A public memorial service for K-9 Hector will be held at Bearden Funeral home.

His handler, Cpl. Zack Smith said the K-9 will be truly missed.

"Every day when we got up, Hector knew what to do. He saw a uniform, he saw a vest, and he said, let's go to work," he said.

He also kept him in line.

"Hector was a huge asset not just to the department, but to me as a person. He kept me out of more than I'll ever know," he said.

Not only was he an amazing coworker, he was the family pet. Hector was notorious for being cuddly with kids, but tough on crime. He didn't give suspects an inch.

He served with the department for 6 years.

Smith says there will be other dogs, but there will never be another Hector.

"He was amazing," he said. "He's the best partner you could have."