The Argentine Black and White Tegu lizard is described by the reptile conservation group the Orianne Society as a 'voracious predator.' 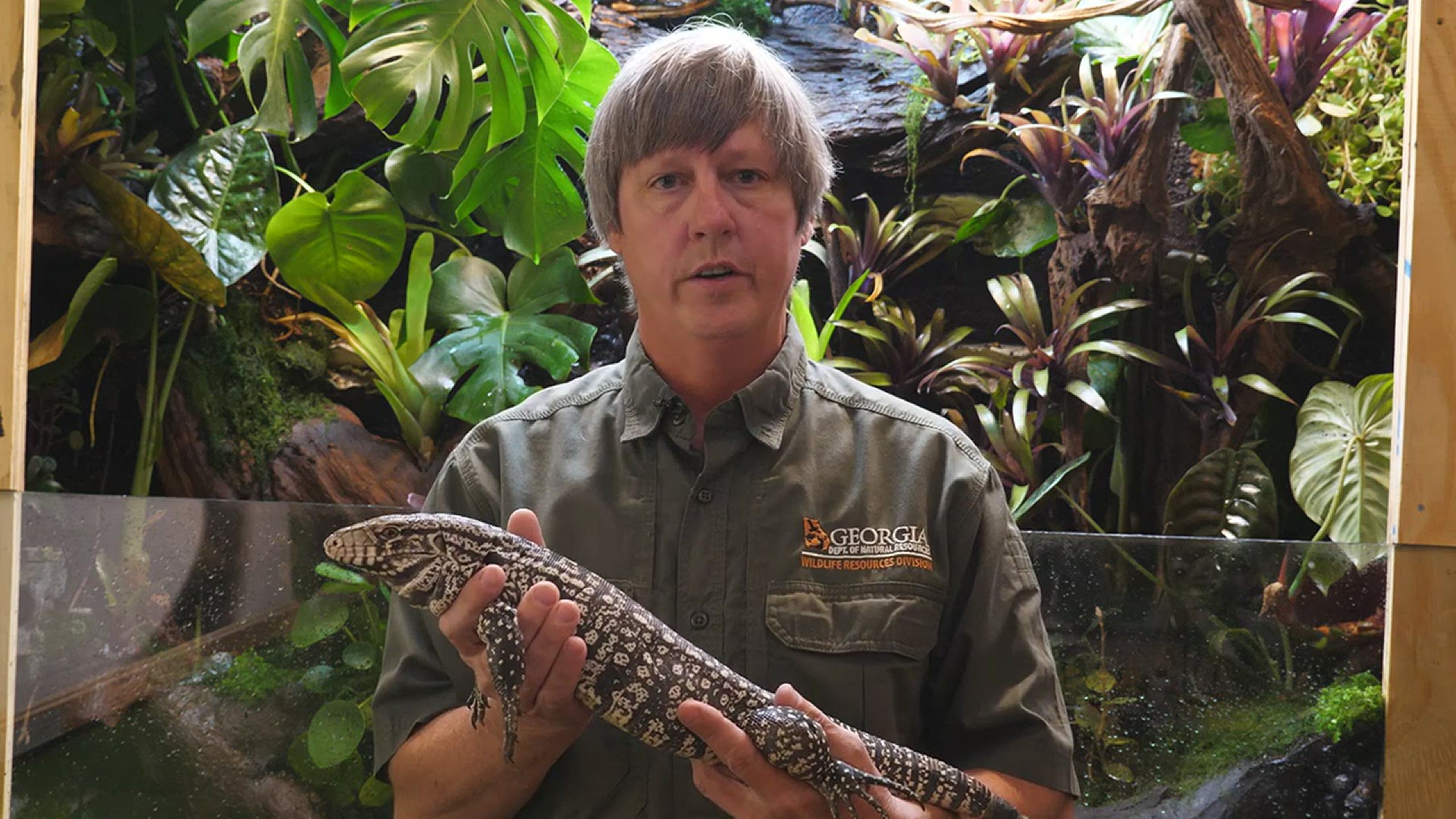 REIDSVILLE, Ga. — A reptile conservation group says an invasive South American lizard that Georgia officials are attempting to eradicate has been sighted for the third year in a row.

The Argentine Black and White Tegu lizard was recently found in Tattnall County, in southeast Georgia, according to the Orianne Society.

The conservation group describes the invasive lizard - believed to have been introduced in Georgia as escaped or released pets - as a "voracious predator" that has preyed on wildlife in Florida.

"An established population of tegus in the heart of southern Georgia poses potentially dramatic consequences for native wildlife," a 2019 article on the Orainne Society's website states. "In Florida, tegus have been documented eating alligator and turtle eggs, frogs and toads, lizards, snakes, turtles, and small mammals."

The Georgia Department of Natural Resources confirmed the tegu has established itself in Tattnall and neighboring Toombs counties. DNR has documented at least four adult Argentine black and white tegus and about 20 sightings, it says.

Scientists had hoped that Georgia's winters might keep the tegus from establishing itself here, but the Orianne Society said on Facebook that "three years of captures strongly suggests that tegus are able to survive the colder winter in southern Georgia."

Officials say a tegu can grow up to four feet long and poses a threat to protected native wildlife, including the eggs of American alligators and gopher tortoises.

"A fondness for eggs makes their current proximity to Gopher Tortoise and Eastern Indigo Snake populations even more concerning," the Orianne Society said on Facebook.

Officials are advising people against leaving pet food outside their homes. Sightings should be reported to the Georgia Invasive Species Task Force.

The Orianne Society said the lizard "has the potential to spread rapidly."

According to the 2019 Orianne Society article, tegus also "can be trapped alive by baiting Tomahawk (Havahart) traps with chicken eggs.

VERIFY: What 'murder hornets' are and what they're not

'Murder hornets' are showing up in the U.S.

See a snake? Don't panic! Here's what you should do