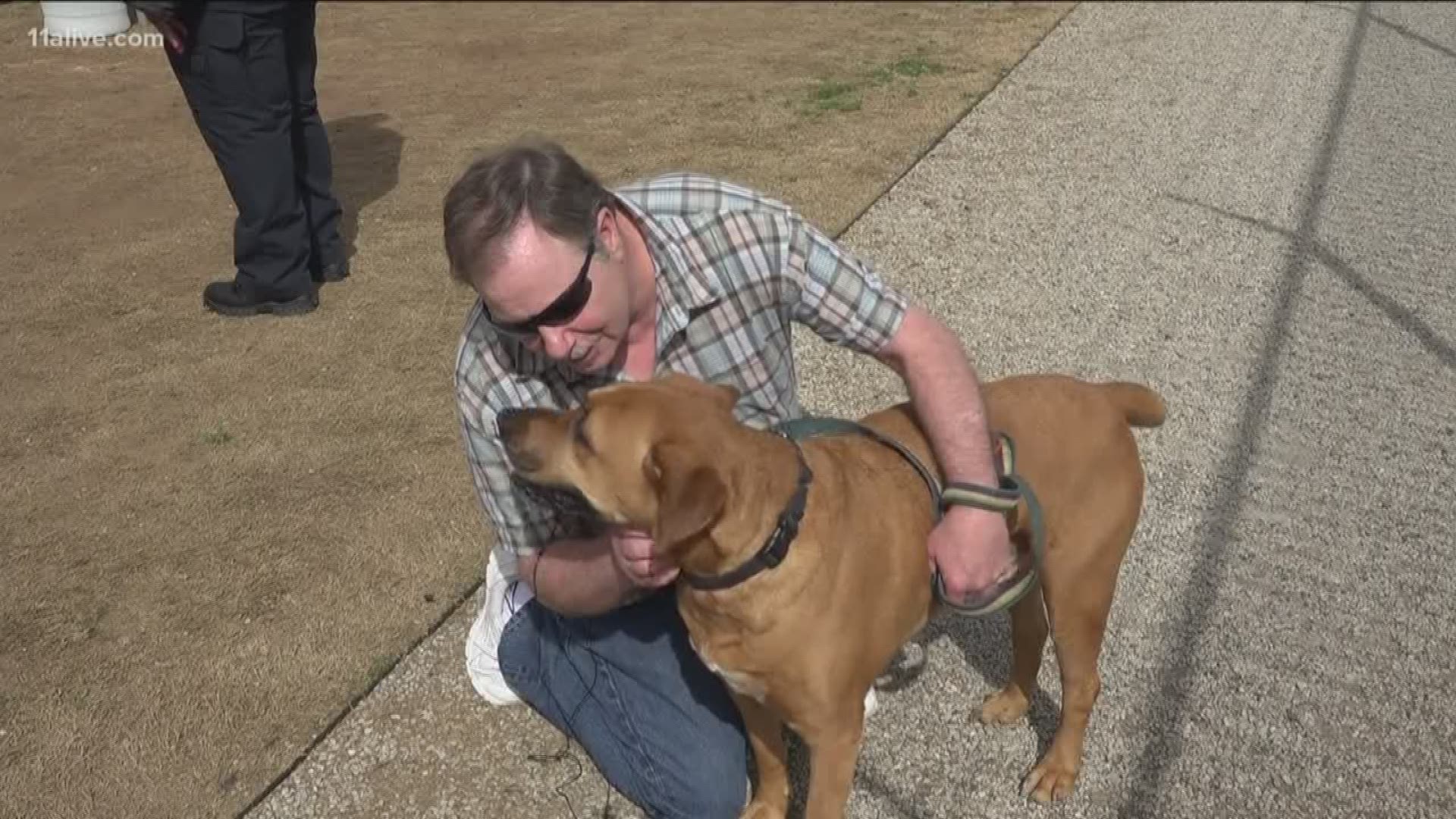 GWINNETT COUNTY, Ga. — Billy Watkins took a deep breath as he walked back into the Gwinnett County Jail.

"I was a little nervous, seeing the wire and the fence," he said.

It was tough to be back inside for the former inmate ... but not for his dog Scrappy, who grew up on the cell block.

"You can really connect with a dog on a level that's hard to explain when you're working with one and living with one in your cell with you," he said.

Watkins trained Scrappy for six months through the Gwinnett County Jail Dogs Program while he was locked up ... and when he was released, he couldn't bear to leave Scrappy behind.

He was the first inmate to adopt the dog he trained out of the program in 2010 and the program is celebrating a new milestone. In all, 500 dogs have been saved by inmates in Gwinnett County as the  hit an incredible milestone this week with their 500th adoption.

"This guy has helped me stay on the straight and narrow. I've had a couple of bumps on the road," Watkins said.

1 / 6
Gwinnett Jail Dogs Program
Sonya, one of the 300 German Shepherds rescued from an illegal breeding operation near Savannah, has found a forever home after a stint in the Gwinnett County Jail as part of the Jail Dogs Program.

"They're people. They're people who have made mistakes. And they're being held accountable. And while they're here they're doing something positive," she said.

"When people come in here and see us working with the dogs, they see that not everyone incarcerated is someone to fear. We generally are nice people," said Inmate Johnny Woodall.

Woodall says the dogs give them focus.

"The dogs in here are the number one thing we talk about. To have them on point, obedient, know their commands," he said.

Volunteer Laurie Cronin says the difference in the inmates is incredible.

"So I've actually seen someone that will come up and tell me I've never been responsible for anything before, but now I'm responsible to make sure this animal is trained and gets a good home, so I think it's great for both," she said.

Watkins says Scrappy gave him something to live for when he got out.

"He's the best dog in the world, really. And I'm not just saying that because he's mine. I'd do anything for Scrappy," he said.

For more information about the Jail Dogs program, please visit them at JailDogs.org.

This story was produced by 11Alive's Kaitlyn Ross as part of her K9Kait series, which highlights stories about dogs and animal issues across Georgia. Follow along and get the latest animal news on the K9Kait Facebook page.

12-year-old makes wheelchair for disabled dog out of LEGOs