Bandit, the dog in a wheelchair that was a part of Gwinnett jail program, dies

11Alive's Kaitlyn Ross learned on Thursday from the family who adopted him that he had passed away. 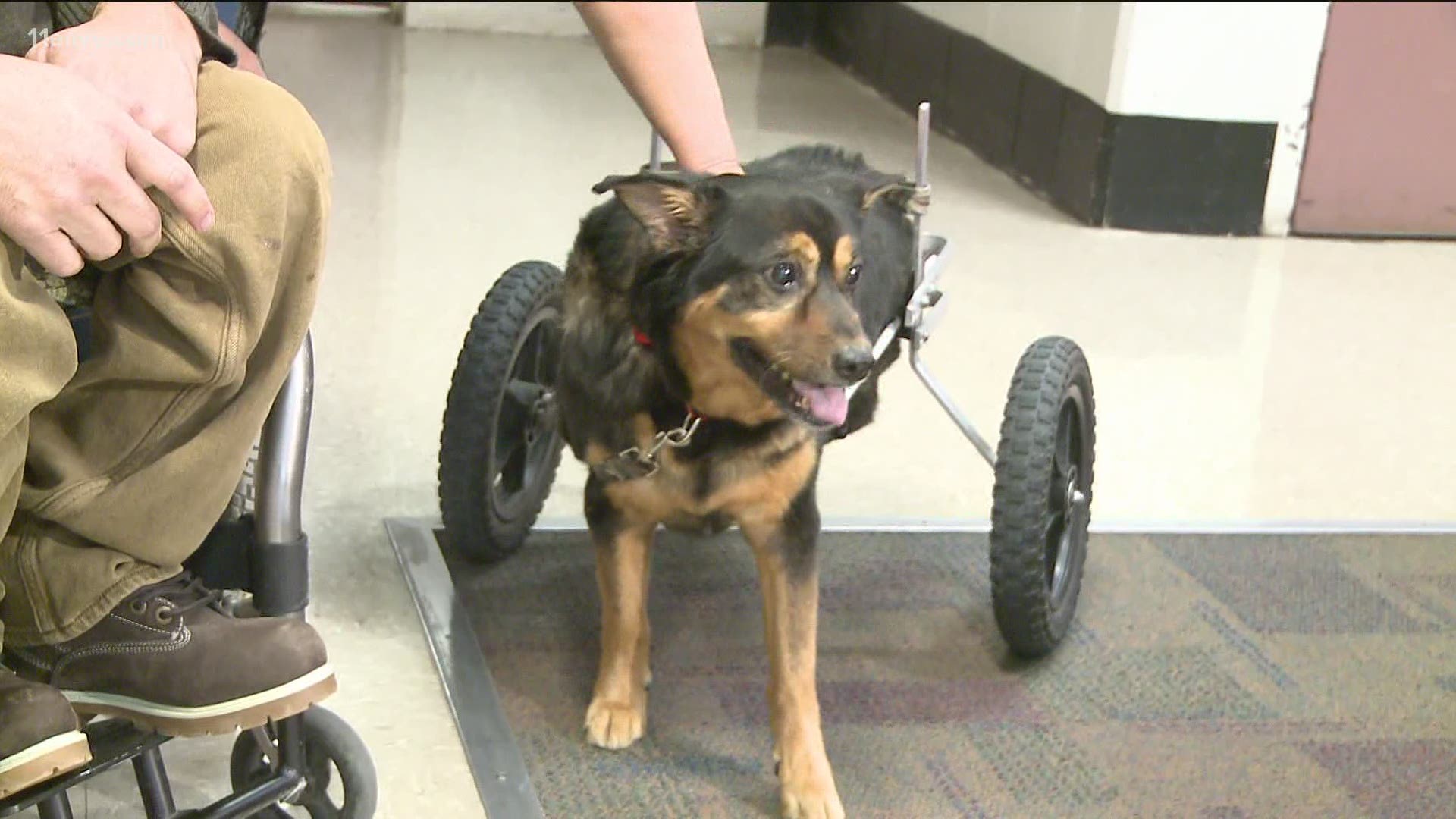 ATLANTA — Bandit, the jail dog that finally got his forever home last year, has died.

11Alive's Kaitlyn Ross learned on Thursday from the family who adopted him that Bandit passed away.

Bandit was a special-needs dog that captured the hearts of many fans at the Gwinnett County Jail. He lost the use of his back legs when he had a rare reaction to heartworm medication and had to use a wheelchair.

When he was a part of the Gwinnett Jail Dogs program, some of the inmates were trained to take care of him.

RELATED: 'He's me': Dog in wheelchair adopted by man with similar paralysis

Several times, he left the jail for what was supposed to be a forever home, only to be returned when the adopters realized how much work it can be to take care of him.

But last year, Darryl and Sue Rider took him into their home. Darryl uses a wheelchair, too, and the couple knew as soon as they saw Bandit, he was meant to be theirs.

"If you look at Bandit, he's me," Darryl Rider said in a January 2020 interview with 11Alive. "If you look at his paralysis - waist down - same thing I have."

Bandit will be greatly missed.