He once beat cancer, now police K-9 D'Jango is recovering after being shot

D’Jango was injured near his pelvic/lower abdomen area with significant damage to his right rear femur. 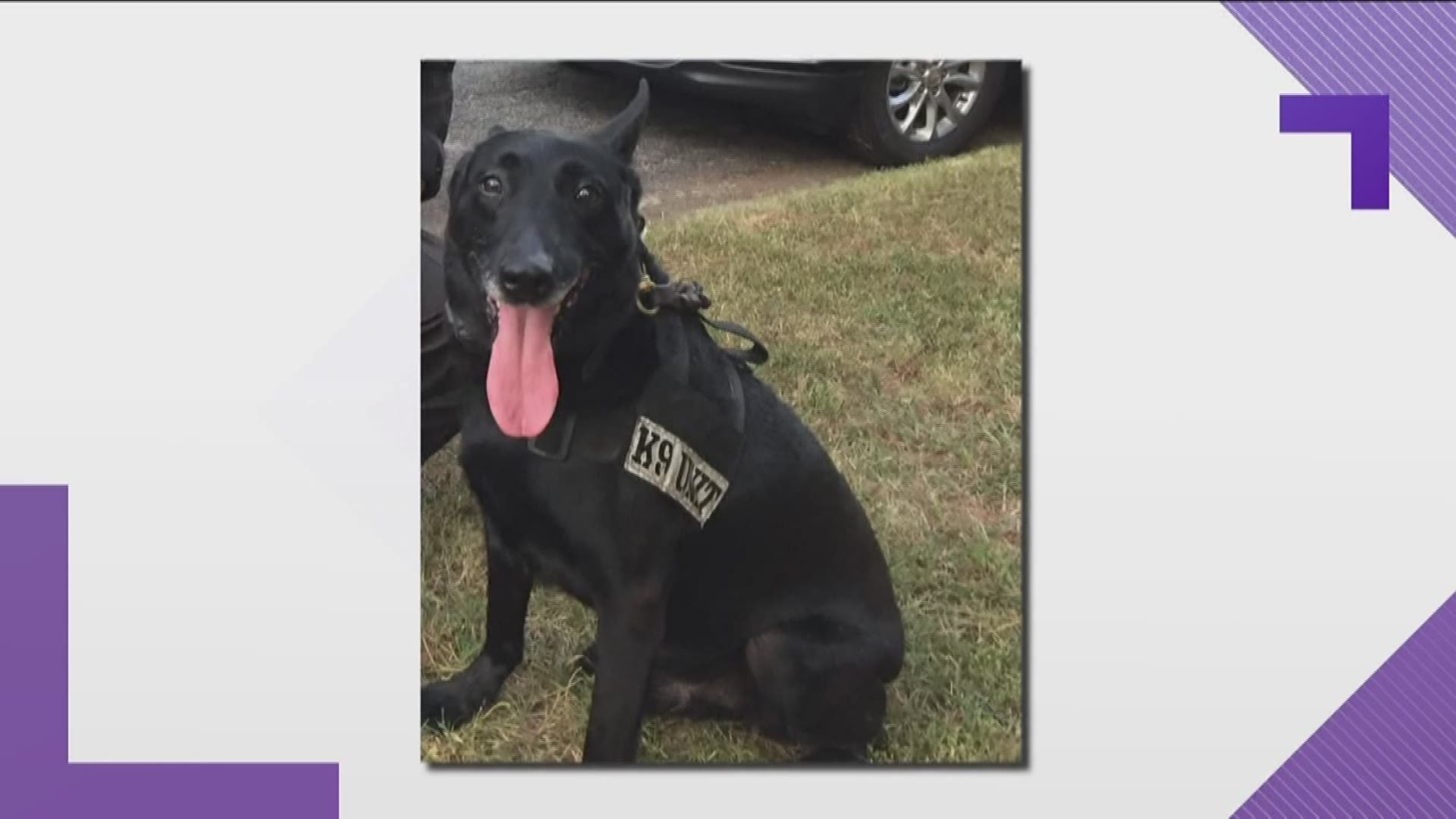 DEKALB COUNTY, Ga. — DeKalb County Police K-9 officer D’Jango is still recovering Wednesday, a day after being shot while attempting to capture a suspect on the run.

This comes after beating cancer and undergoing treatment in 2017 and 2018, police said.

He had surgery yesterday at the Blue Pearl Veterinary Hospital in Sandy Springs, the same place where he received the cancer treatment.

He’s expected to undergo a second surgery "within the next day or so," as soon as the doctors clear him.

D’Jango was injured near his pelvic/lower abdomen area with significant damage to his right rear femur. No major organs were damaged.

"We thank the doctors and staff at Blue Pearl," police said in a statement.

The incident happened on North Hairston Road in a townhome community near Stone Mountain on Tuesday.

At around 1:05 p.m., officers were watching a store on Central Avenue and North Hairston and saw a man walking to the store who was wanted on 11 warrants, including four counts of firearms by a convicted felon and multiple drug charges.

When the suspect spotted the officers, police said he reached in his waistband and started running. Officers quickly set up a perimeter and K-9 D'jango noticed the suspect and "put him on apprehension," police said.

Several gunshots were fired at this time, police said. The suspect was shot and taken to a local hospital where he died, police said. He was described as a 26-year-old black male, though his name hasn't been released.

Django has been with the department for the last six years.