Woman reunited with dog months after it was stolen, along with her car in Buckhead

Stormy the French Bulldog was found on Cascade Palmetto Highway and brought in to the shelter. An employee remembered seeing the news story. 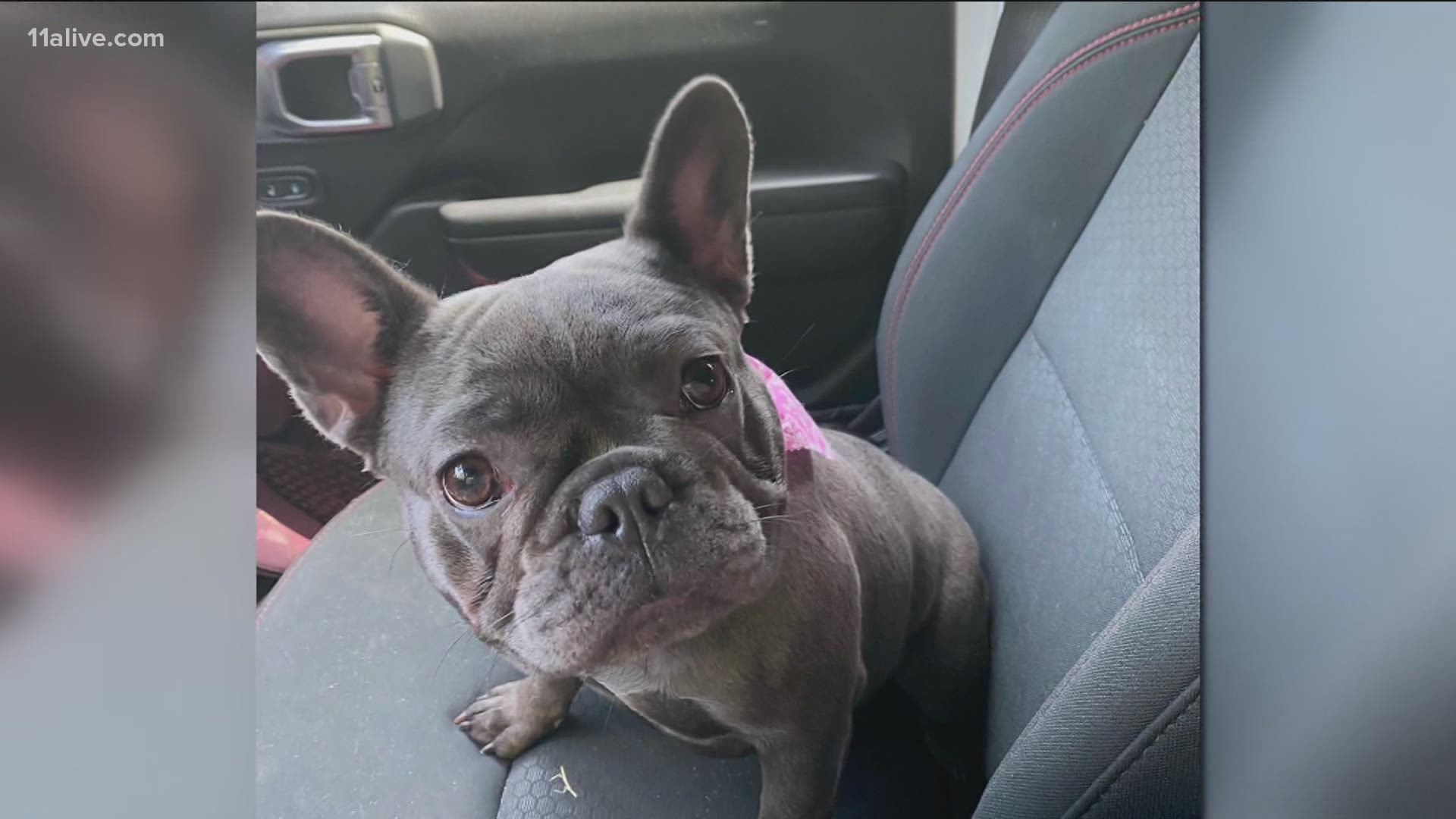 ATLANTA — Call it a Christmas miracle, if you will.

Victoria Donahoo said she and her husband were in town visiting family in September and were headed back to their home in Florida when they stopped at a Buckhead gas station. She said they locked their 11-month-old French Bulldog, Stormy, in the car and went inside.

“My husband went out to check the pump number to pay for gas. As soon as he came back in, he was like, 'the car is not there. It’s been stolen.' And the first thing that hit me was, 'Oh my gosh, our dog was in the car'," Donahoo told 11Alive shortly after the incident.

Days later, the couple's car was found at an apartment complex in Southwest Atlanta. The Dodge Charger was not stripped for parts. Because of that, Donahoo said she believes the thief or thieves wanted Stormy because of her rare breed.

Now, with less than a week until Christmas, Stormy is back with her owners -- almost three months after she was stolen in Atlanta.

Stormy was found on Cascade Palmetto Highway and brought into LifeLine's Fulton County Animal Services (FCAS), but she had no microchip, which made it hard for the staff to find her owner.

Kim Meek, a LifeLine FCAS employee, remembered seeing the 11Alive News story and contacted Donahoo to see if it was hers.

Meanwhile, anyone who has any information about this case, including who stole the car or the dog, they are being asked to contact the Atlanta Police Department.