Dogs in need of forever home after owner killed in shooting

The dogs are 9 and 8 years old and need to stay together. 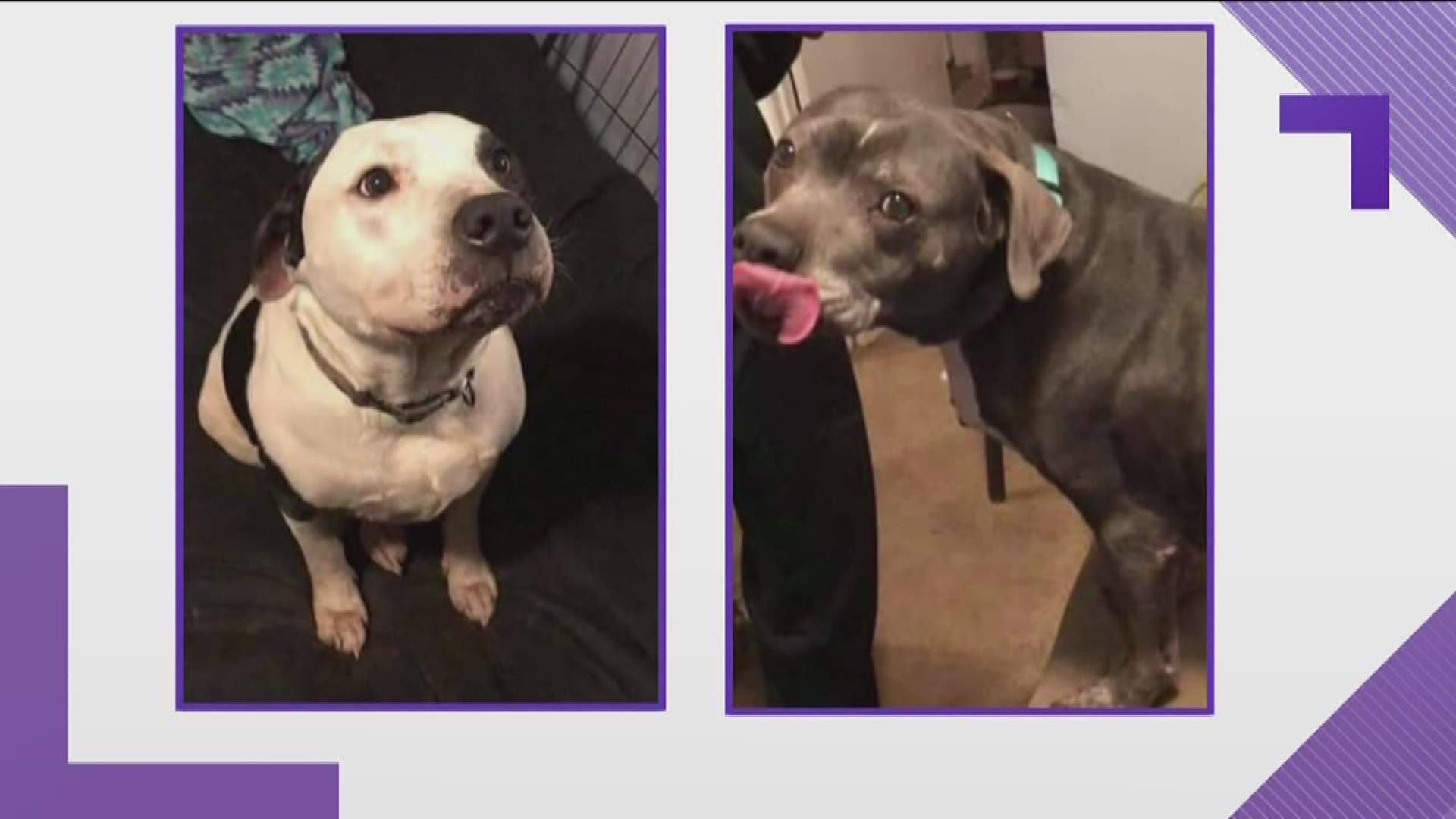 Two dogs need a new home after their 21-year-old owner was allegedly shot and killed by a homeowner in East Cobb.

Police said Jake Allen Horne and Donnie Montcalm were contracted to do electrical work at Larry Epstein's home on Wellington Lane on March 6.

Epstein is accused of shooting the men. Montcalm survived from his injuries, but Horne passed away. Now his two dogs - a bonded mom and son - need to be placed in a forever home.

11Alive's Kaitlyn Ross posted photos of the pets on her Facebook page for her digital series K9kait.

The dogs are 9 and 8 years old and need to stay together.

Lisa Godsey, Horne's aunt, described him as an "angel on earth," in an interview she did with 11Alive a few days after the fatal shooting.

“A beautiful, beautiful light in any situation," she said. "He would find the good in all of it."

RELATED: Contractor killed in Cobb County was supporting his sister after their parents died, family says

1 / 5
Provided
FROM LEFT: Jake Horne's mother, who passed away, Jake Horne and his younger sister. He became her legal guardian after both of their parents died.

The suspect, Epstein, appeared in court Tuesday for a preliminary hearing. Cobb County Police Detective Phil Stoddard was put on the stand to testify during the hearing.

He said the men were getting ready to go home when Montcalm said he heard two loud noises. That's when he realized he had been shot.

"He exited the vehicle. As he was exiting the vehicle he stated that he was continuing to be shot, that more gunshots were going off," Stoddard testified.

READ: Detective: Contractor was shot several times, pleaded for his life during confrontation with Cobb homeowner

He said a doorbell camera captured what happened next.

"It does catch our defendant Mr. Epstein approaching him with the firearm in-hand and it looks like a Ruger with the red and the extended barrel with the silencer on it," Stoddard said. "You can hear Mr. Epstein say, 'You killed my pets,' firing several shots and Donnie pleading for his life before the altercation occurs."

Montcalm was able to run to a nearby home to escape. Horne was found in his car with a gunshot wound to his head.

PREVIOUS: 1 of the contractors shot in East Cobb by homeowner dies, police say

At the hearing, the judge decided there was enough evidence to move the case forward to Superior Court.