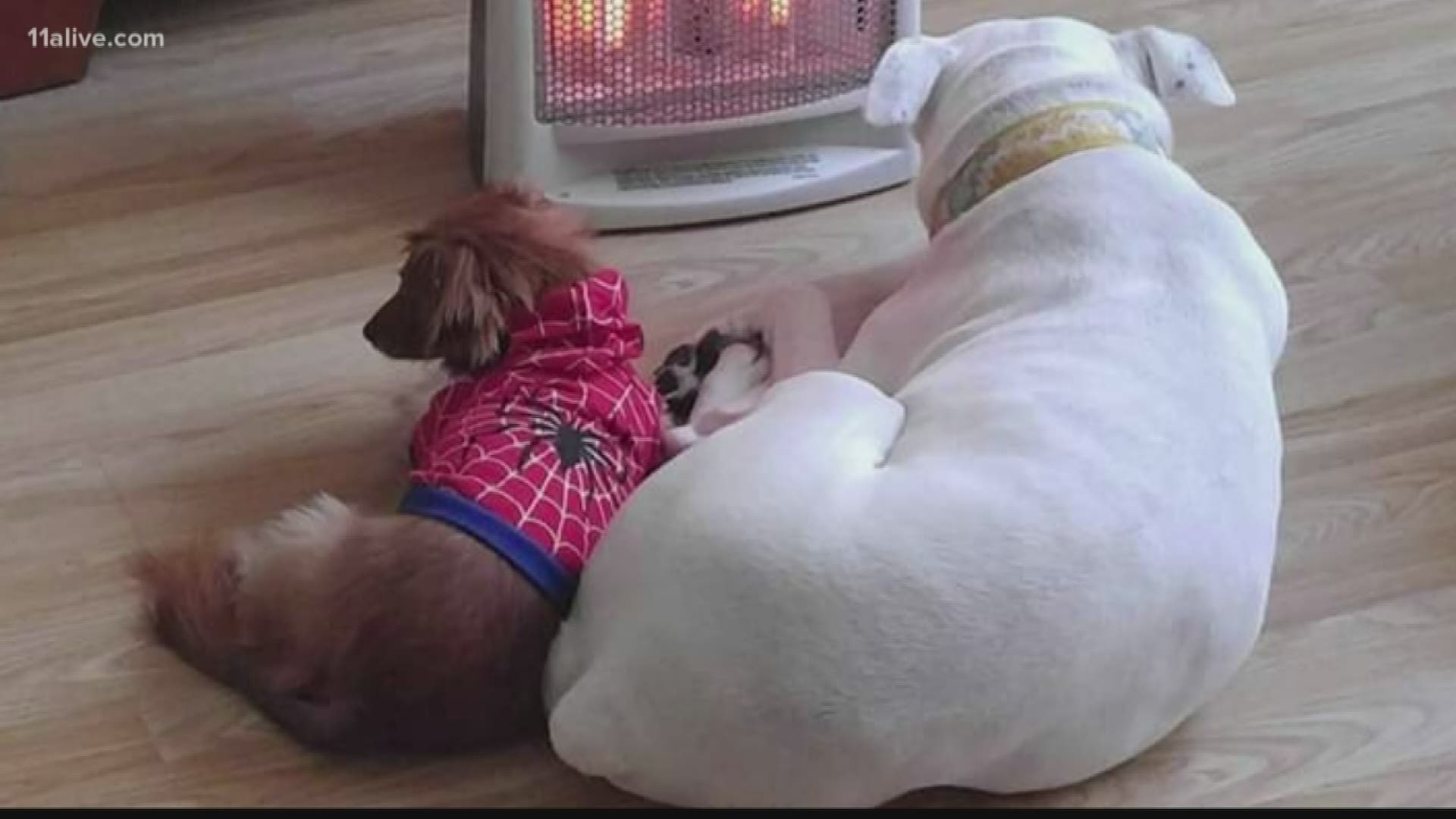 ATLANTA — In a moment of crisis, someone in a domestic violence situation might have every reason to leave ... but their pet is the reason they stay.

The statistics are frightening. According to the National Sheriff's Association, 72 percent of domestic violence victims report their abuser has threatened their pet. It puts victims in a difficult situation of wanting to escape to be safe… but also wanting to protect their pets.

11Alive's Kaitlyn Ross spoke to a charity in Atlanta that is helping ALL of the victims all of domestic violence.

Kathy Bennett explained her charity was started out of necessity. The founder of the Ahimsa House lost her own pet to domestic violence, and never wanted another survivor to feel that same pain.

So she founded the organization to help victims save their pets.

"I just had to get out of there," she told 11Alive. "I can imagine that some people would stay."

Bennett can laugh now. She can smile again because she survived.

But when she was escaping domestic violence, she could never imagine leaving her dogs behind.

"Those are my kids. Those are my four legged kids," she explained. "They're a a part of me, so they have to be there."

That's how all of the survivors who work with Ahisma House feel. Their pets are part of their family, and they could never leave them in danger.

"Animals are a huge support, emotionally, for survivors, especially families with children," explained Executive Director Myra Rasnick. "Those bonds are really powerful when they are in a home with abuse."

She says only 12 percent of domestic violence shelters nationwide accept pets when the victim runs, so people can feel like they have no place to go.

That's where Ahisma House steps in. They foster the survivor's animal and keep them safe until they can be reunited with their family.

"I was taking a Golden Retriever to meet his mother - we pulled in to the parking lot, and he immediately recognized her. His tail started wagging," Bennett recounted. "She just burst in to tears. Her little 3-year-old was in the back with tears streaming down his face, and the dog was licking the tears away, and it's the reason I'm still doing this work today."

The group has a 24-hour emergency hotline that people can call to get help for their pets in crisis. And, they have a 96 percent reunification rate.

She added that it made all the difference for her.

"I had to go back to get my babies, and I had to know that they had a safe place to go to. And I would not have been able to do that without Ahimsa house," she said.

Ahisma House is located here in Atlanta, but their foster networks help animals all over the state of Georgia.

Information on how to donate to their cause, and the emergency line for help is online, at ahimsahouse.org.

'He's me': Dog in wheelchair adopted by man with similar paralysis