Bosley's Place is helping teach them sign language so they can flourish in their forever home. 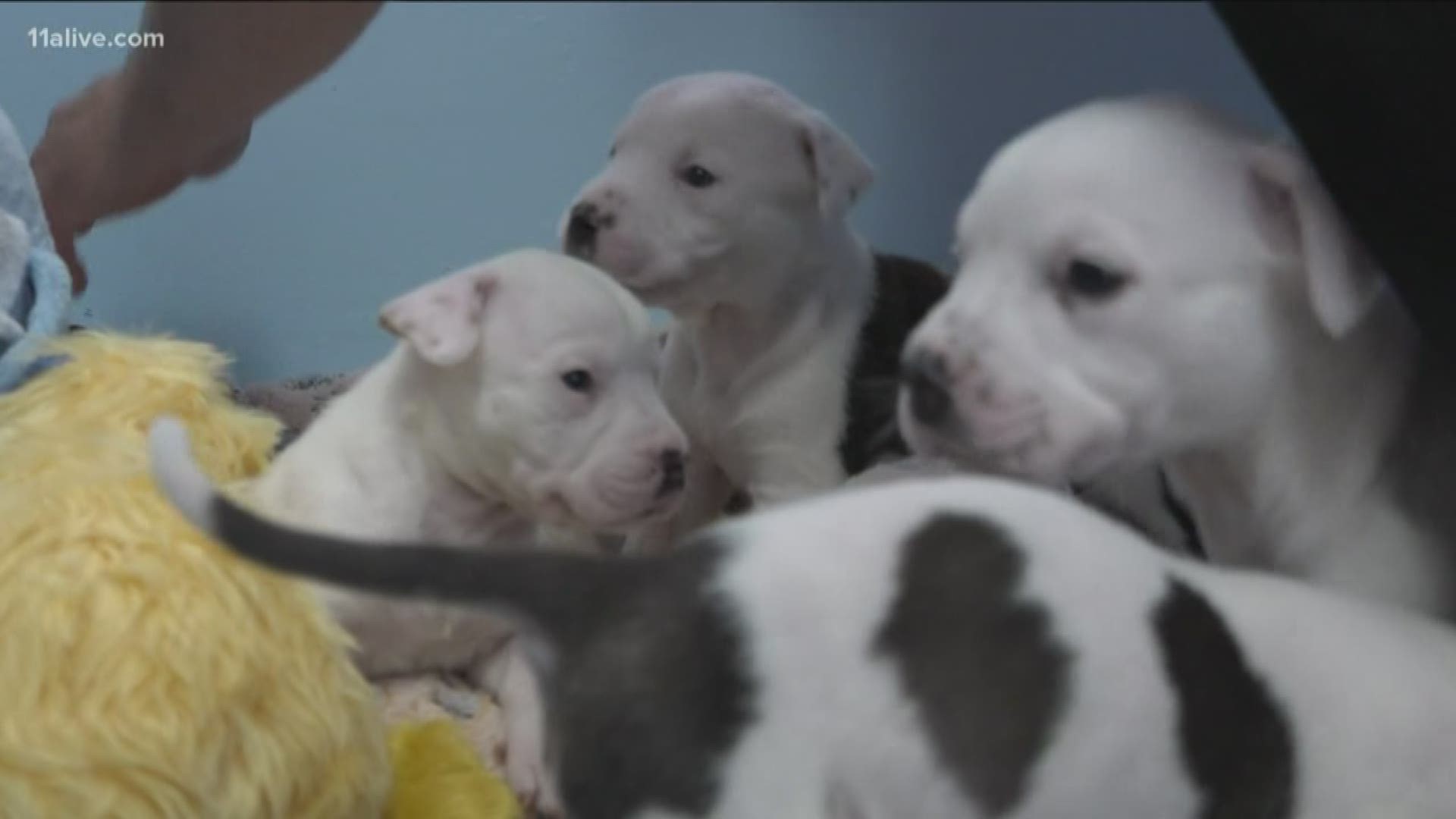 Puppies that were left for dead in a dumpster are now facing a new challenge.

We reported the story on K9Kait, our digital hub for all things animal news, when the seven dogs were first found. A family pulled them out, starving and near death.

Bosley's Place took them in and found out two of the dogs are deaf.

And they're not letting that slow them down.

"Some people do good boy or good girl, or you can do this," said Jami Rehor, the puppies' foster mom.

A few weeks after they were taken in by the rescue group, they found out Grace and Rooney were bilaterally deaf.

"The first thing you want to teach them is look at me," Rehor said.  "They'll get special training because they need to learn how to recall and more than your average dog. And they require a little more patience and consistency."

The family who found them still comes to visit the puppies and said they are so proud of the progress they've made.

"They affected me as much as I affected them that day. It changed the way you think of things," said Craig Sloan, who found the puppies.

He doesn't think two dogs with hearing impairments will be any different from the other five.

RELATED: 'They're their saviors': Family, puppies found in dumpster reunited

"These guys are fighters, so it's amazing. They're fighters," said Sloan.

Grace and Rooney are in a foster home together, so they can learn the same signs.

The foster mom is hearing, and doesn't know American Sign Language, but says if a family can connect with these dogs over it, that would be wonderful.

"I have seen deaf adopters who have deaf dogs and they actually sign with the dogs because they sign all the time. They actually teach puppies or dogs more sign language," said Rehor.

They'll teach any prospective foster families the signs the dogs have learned, so they can jump right in as family.

"These dogs are going to be great, just as wonderful as any other cute, curious puppy. They'll just use more hand signals," said Bosley Place director Jennifer Seigel.

In two weeks, all seven puppies will be up for adoption through Bosley's Place.