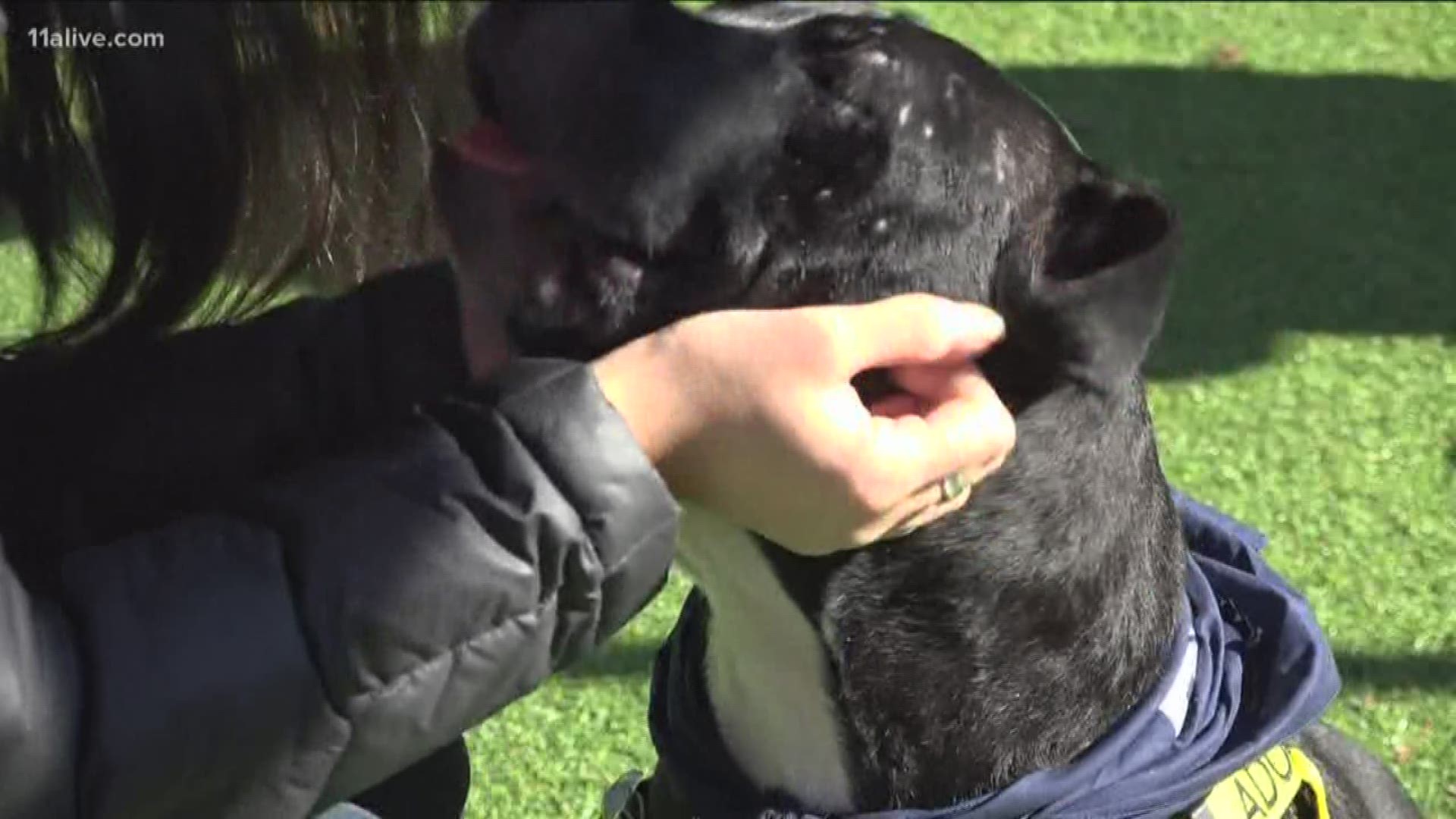 ATLANTA — Sixty dogs that are often overlooked or forgotten get to go home for the holidays this Thanksgiving. They're getting the reprieve from the overcrowded Atlanta shelters as part of the home for the "Pawlidays" celebration at Lifeline.

These are dogs that have been stuck in the shelter with no one who has come to adopt them and they were going to be all alone on the holiday. However, this special program helps get them in to homes for the Thanksgiving break - and hopefully helps get them adopted!

"I think the holidays are a time to reflect and think about everything we have to be grateful for. And people who can share it should share it," said Elizabeth Gores.

Domino took to Elizabeth Gores right away. She wagged her tail so hard, her whole body wiggled as she met her holiday foster mom.

Gores was just as excited to spring Domino from the shelter for a few days.

"It seems so sad especially during the holidays, you want to be surrounded by those who you love," she said.

She already has plans to hit the town with the dog who has been overlooked at Fulton County Animal Control for months.

"A lot of the BeltLine and Piedmont Park, letting girls do girl stuff," she said.

Lifeline Communications Director Karen Hirsh said this Home for the Pawlidays program is a win for everyone.

"The dogs get a break from the shelter, the people get love from a shelter animal, and the employees get a morale boost. Because sometimes their favorite dog is sitting in its cage day in and day out for months," she said.

She hopes that the foster parents of these holiday pups will end up loving their guests so much, they adopt them. But even if they don't, they'll get to meet a whole bunch new people who might.

"Dogs get a lot of exposure to potential adopters. Because everywhere they go, they're wearing the 'adopt me' harness," she said.

That exposure could be exactly what they need. In the incredibly overcrowded shelters it's really hard for dogs, like Domino, to get noticed.

"It's stressful, it's like being in prison. And we try to get them out of here as quickly as possible," she said.

If just one dog gets adopted from this program - that's something to be thankful for.

"Home for the Pawlidays is a great time to love and care for a dog that you might not be able to care for year round," said Gores.

The Lifeline volunteers are hoping that this program will drive adoptions on Black Friday - they usually have a line around the block.