Homeless dog marks one year at the shelter, staff throw him a party to make the best of it

Brownie celebrated his 2nd birthday with all of his favorite things on Sept. 1. 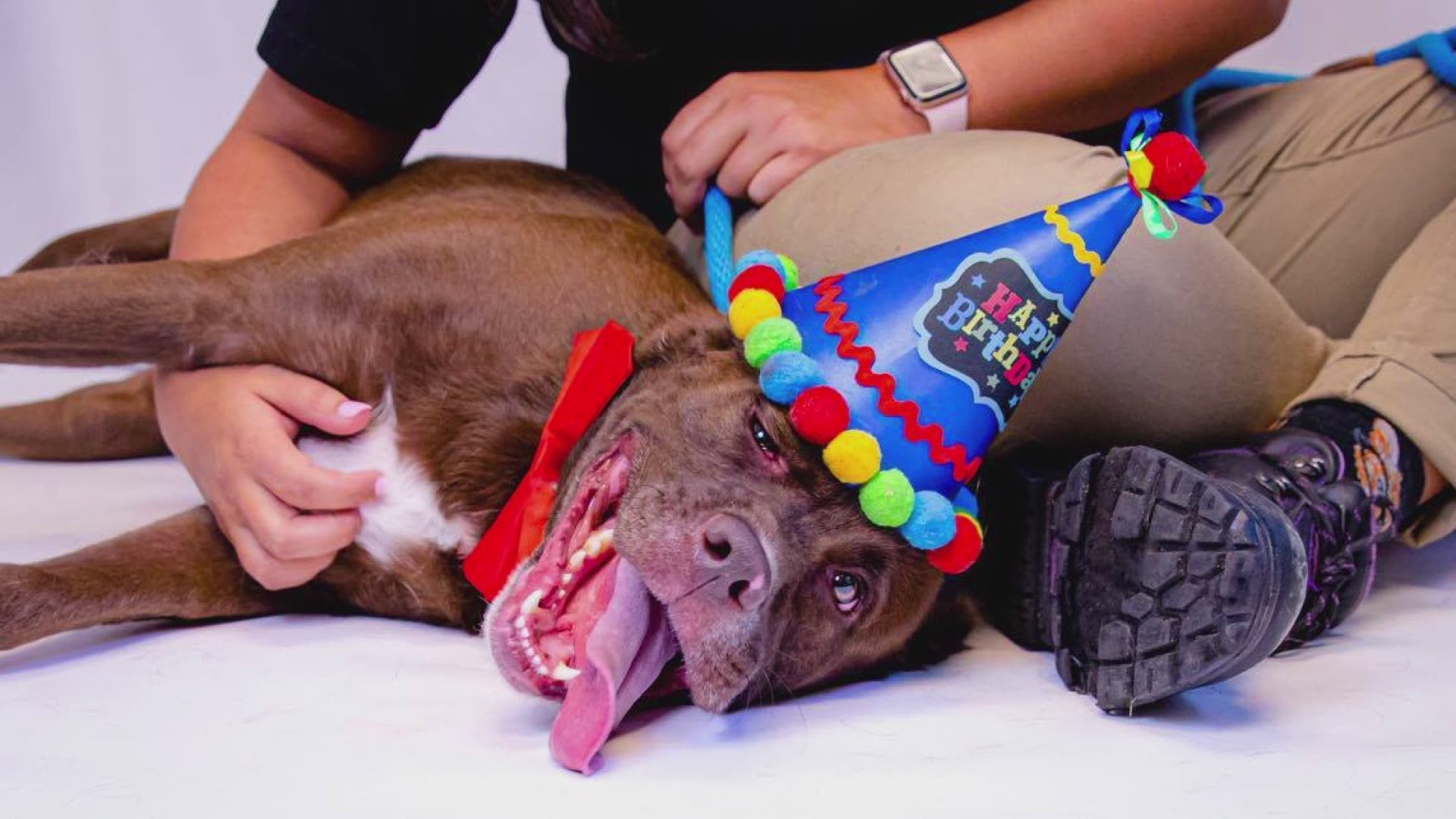 LAWRENCEVILLE, Ga. — Brownie marked one year of living at the Gwinnett Animal Shelter on Sept. 1.

While that’s not what shelter staff had hoped for the 2-year-old, they are making the best of it. Instead of focusing on the homeless dog’s one-year anniversary, shelter staff decided to celebrate the pup’s birthday with all of his favorite things.

On Tuesday, Brownie spent some time relaxing in a pool full of water and chasing a lot of tennis balls. The birthday boy also had a special cake with homemade treats made by shelter staff. His day concluded with a photoshoot where he was joined by some of his friends at the shelter.

Katie Corbett with the Gwinnett County Animal Shelter says that Brownie has developed some behavioral issues from months of being at the shelter.

“When Brownie came to us one year ago, he was a behaviorally sound pup that was just a little scared to be in the shelter environment. He began to develop some concern with meeting new people on a leash. He has now become apprehensive of anyone approaching him that is not the person on the other end of his leash,” explained Corbett.

Corbett goes on to say that she believes this factor has led to Brownie being overlooked, but that those tendencies don’t depict who he really is.

“He's very social and even helps other new dogs get acclimated to playgroup. At times he has been a little selective and anxious, but playgroup has always been a positive experience for him. Brownie is a goofy, smart, and very loving boy. He is the happiest with a tennis ball in his mouth and out in the yard laying in a pool filled with water.”

The shelter is asking a rescue group or 'very special adopter' to step up and take him to the next level. Corbett says that Brownie will need some continued training and lots of love and patience.

"Once he gets the attention he needs, we know he is going to make an excellent pet for someone soon," says Corbett.

For more information, you can reach the rescue office during regular office hours on Tuesday-Thursday 9 AM-6 PM and 7:30 AM-4:30 PM on Friday and Saturday. The rescue cell is 678-245-2447, and the email is AnimalRescue@gwinnettcounty.com.