Nathan is now recovering to be reunited with his family. 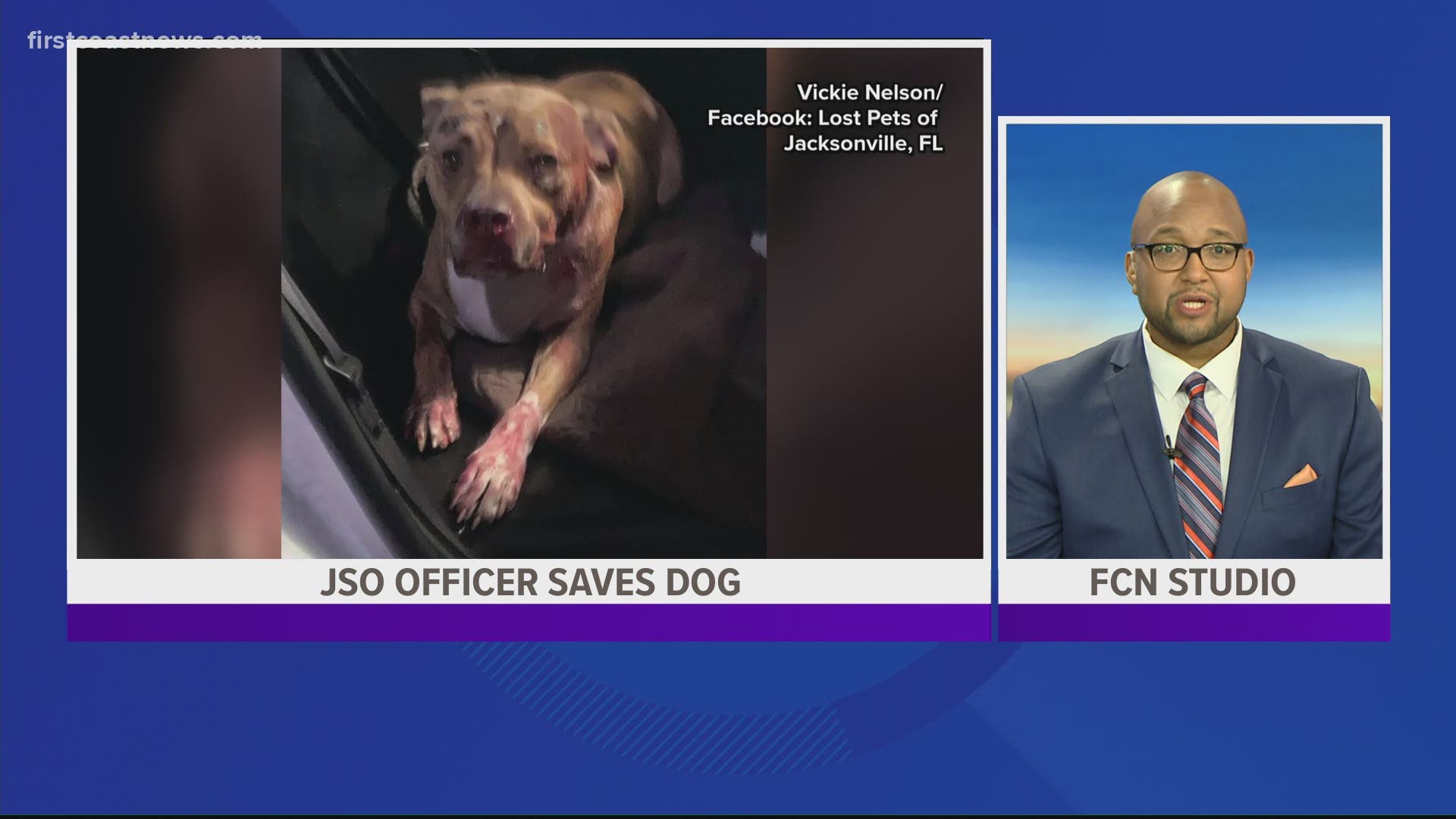 JACKSONVILLE, Fla. — Two officers are receiving special recognition from the City of Jacksonville after they went above and beyond to save an injured dog's life.

Officers took the injured dog to an emergency veterinary hospital to be treated. However, the hospital would not treat Nathan without payment and the dog's owner was out of town without cell service at the time.

One of the officers stepped in and made the payment for Nathan’s treatment, which saved his life.

After receiving the necessary treatment, Nathan is now recovering to be reunited with his family.

Mayor Lenny Curry got word of the officers' act of kindness and sent Officer Sherwin and Sergeant Cooper letters expressing gratitude for their quick thinking and generosity in meeting the dog's needs.

One of the officers made the payment for Nathan’s treatment, saving his life, and is now recovering to be reunited with his family. ⁣
⁣
Mayor @lennycurry sent Officer Sherwin & Sergeant Cooper these letters expressing our gratitude for their quick thinking and generosity! (2/2) pic.twitter.com/tm5ROmP9tT