'He was hurt, but he was telling me it was going to be OK': K-9 officer shot recovering, despite amputation

His partner Sgt. Frank Cusimano says he's in great spirits and getting better by the day. 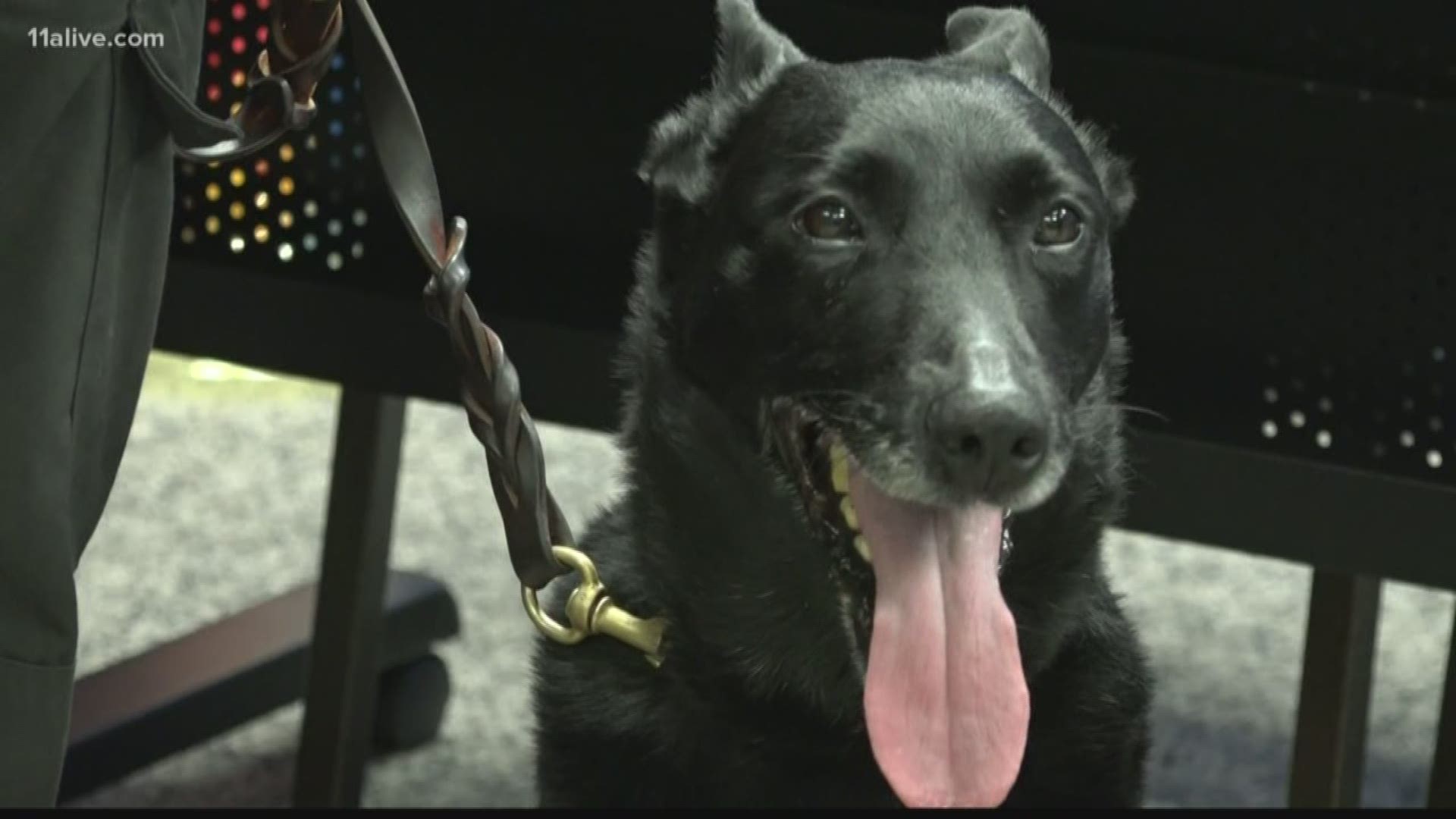 He was shot in the line of duty three weeks ago, and at first, his partner didn't know if the dog would survive.

We have been tracking D'Jango's incredible recovery with K-9 Kait, our source for all animal news here at 11Alive, and pulling for this brave officer.

Usually we say we "sit down" with someone to interview them... but D'Jango didn't want to sit for a second.

Just three weeks after he was shot, this dog is ready to move.

The bond between Sgt. Frank Cusimano and K-9 D'Jango is undeniable.

"You're walking so good," he tells him.

But it took time for them to get here. They became partners seven years ago.

"Communication wise, it's hard to understand in the beginning. It takes about a year for you to be a really good team. Once you start to understand what he's doing body language wise, the way he moves, the way he breathes, it tells me what's going on and makes him more successful," he said.

They've been through a lot together.

D'Jango beat cancer a couple years back, and Sgt. Cusimano stood by him through the treatments.

But three weeks ago, the call felt different.

GBI says DeKalb Police were trying to arrest a man who was wanted on hit and run charges. As officers approached, the man allegedly opened fire – hitting D'Jango. Officers fired back – killing the man.

Sgt. Cusimano can't speak about the details of the incident and it remains under investigation.

But the second K-9 D'Jango was shot, Sgt. Cusimano knew.

"Knowing he was hurt, his eyes. I knew he was hurt, but he was telling me it was going to be OK. I was more worried than he was," he said.

Sgt. Cusimano rushed D'Jango to Blue Pearl Animal Hospital, where 20 people were waiting outside to treat him.

He had emergency surgery to save his life, and in a follow up surgery, the doctors said there was too much damage to save his leg.

Even with the amputation, Sgt Cusimano says he is so grateful for the care and concern of everyone who has taken care of his partner.

"All the surgeries that he had, they were able to take out all the stitches. And he's finally off all the pain meds, so he's more alert, starting to act more like himself," he said.

They're working to figure out what life will be like for D'Jango now. They're learning together.

While his healing might take time, his injury can't slow D'Jango's drive to serve.

The department is still evaluating what D'Jango's future will look like at Dekalb County, but Sgt. Cusimano says they'll be together no matter what.

"I'm just an overprotective dad in a way. What do I need to do for him? We always look at the best for them because they give so much."

Sgt. Cusimano just went back to Blue Pearl and the doctors are so impressed with his progress. They think D'Jango is in great shape.

Sgt. Cusimano says he knows D'Jango is doing so well thanks to the great veterinary staff, and all of the love they received from the community who support them. 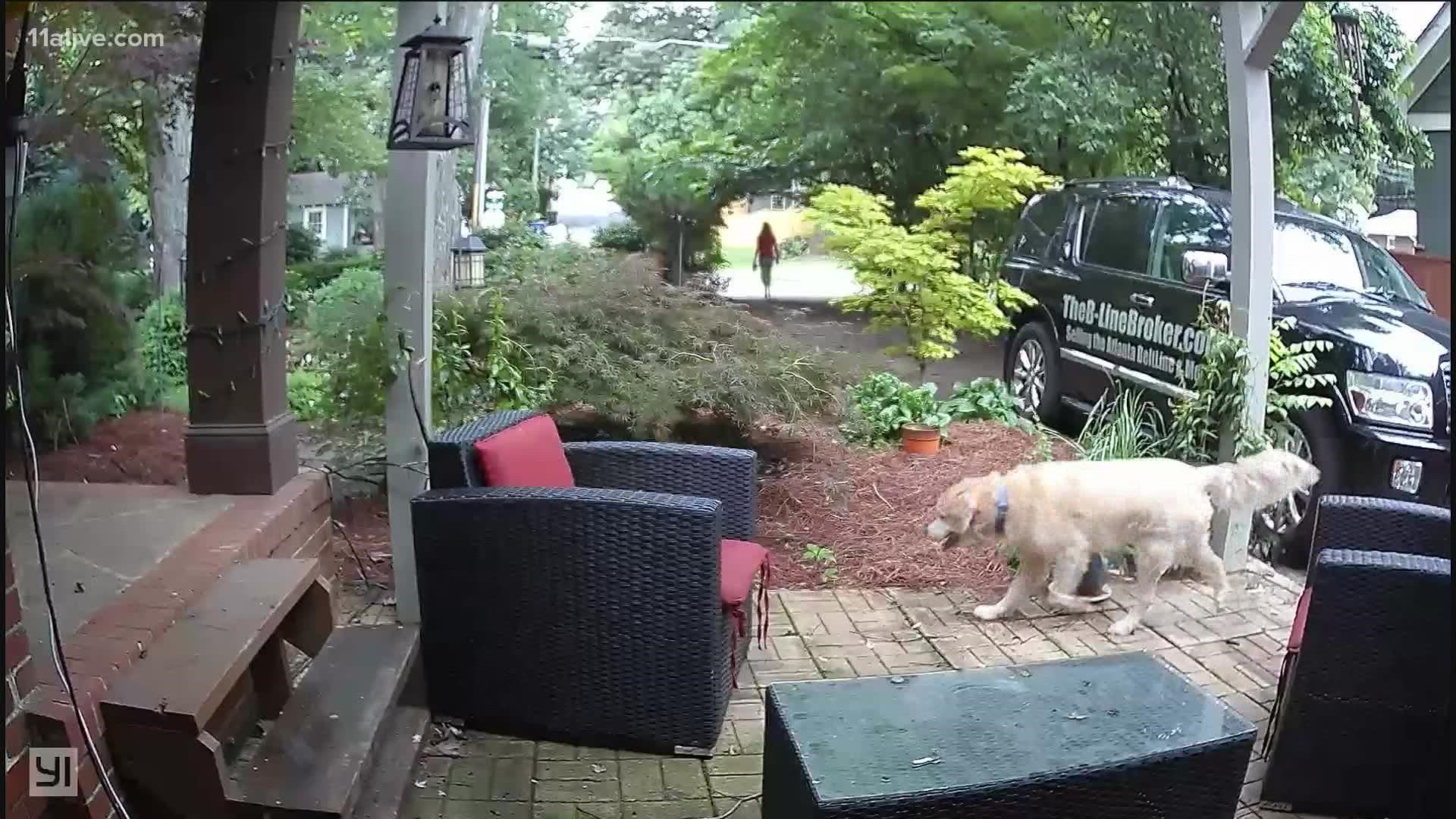