The Animal Legal Defense Fund is suing Petland, and anyone who bought a pet from a store in the U.S. could join the suit if their claim goes through. 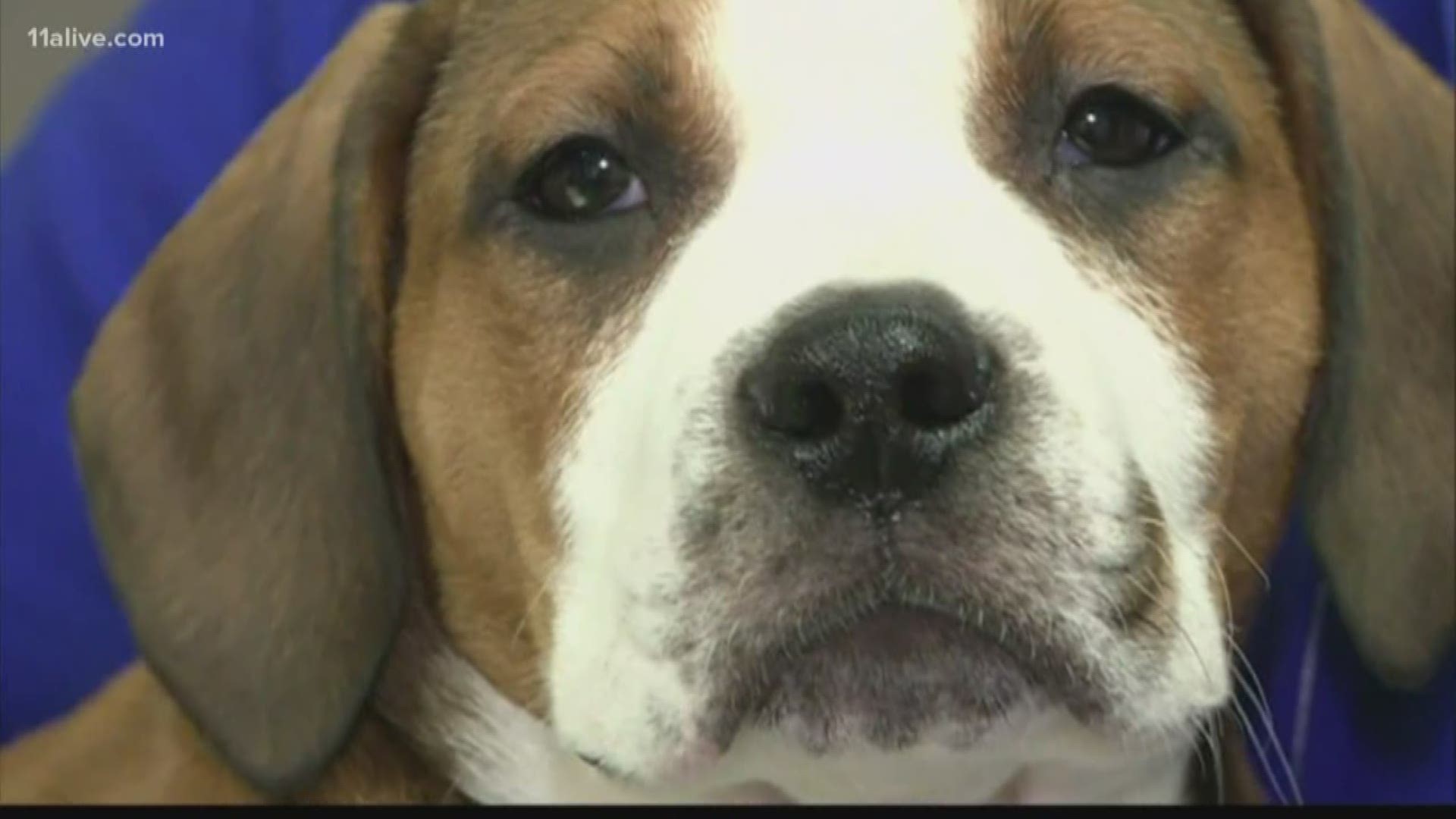 COBB COUNTY, Ga. — Thousands of dog and cat owners across the United States could end up in court if a class action lawsuit goes through.

The Animal Legal Defense Fund is suing Petland, and anyone who bought a pet from a store in the U.S. could join the suit.

This case has been working through the courts for years, but the Animal Legal Defense Fund thinks it found its footing on Wednesday while arguing for a Cobb County client whose dog died in 2016.

"What happened to Ms. Cineros shouldn't happen to anyone, and what happened to Giant is unacceptable and that's why we are determined to vindicate these claims," said Animal Legal Defense Fund attorney Kelsey Eberly.

The Cineros family said they bought Giant from the Kennesaw Petland store in 2016 for $2,400. They said that within hours of taking him home he got sick.

"What happened to Ms. Cineros is not just a fluke or an accident about a puppy getting sick," Eberly said. "It is the result of this business putting in to effect a fraudulent practice that allows it to reap millions of dollars by selling these sick puppies."

They allege Giant already had a parvo infection when the family bought him and that Petland knew about it.

Petland did not respond to 11Alive's request for comment on this case but, in past stories, the company said that less than 2 percent of the animals it sells get sick.

In court Wednesday, its attorneys argued the RICO statute does not apply in this case. Eberly thinks the Kennesaw family's arguments are strong.

"RICO applies whenever entities get together for the purposes of conducting a scheme. So Petland is working with these vets and the stores to say that these are healthy puppies, vet-checked twice when in reality, it knows these are sick animals coming from puppy mills, which it knows," Eberly said. "So they are engaging in mail and wire fraud."

As they have investigated what happened to Giant, dozens of other families have come forward, Eberly said.

"What Giant and Ms. Cineros experienced is far from unique," she said. "Petland sells these sick puppies, tells customers that they're healthy, and then so often the pets fall ill and even die after purchase."

They expect it will be several weeks or even a month before the appellate judges make their ruling. In the meantime, a lot of places are deciding they don't want for-profit pet sales in their counties, cities, or towns.

Atlanta just passed a law that forces all pet stores within city limits to only have rescue dogs up for adoption. But a bill on the state level failed to pass earlier in 2019.