Bandit, a special needs dog that needs a wheelchair to get around, has been adopted and returned to Gwinnett County Jail four times. 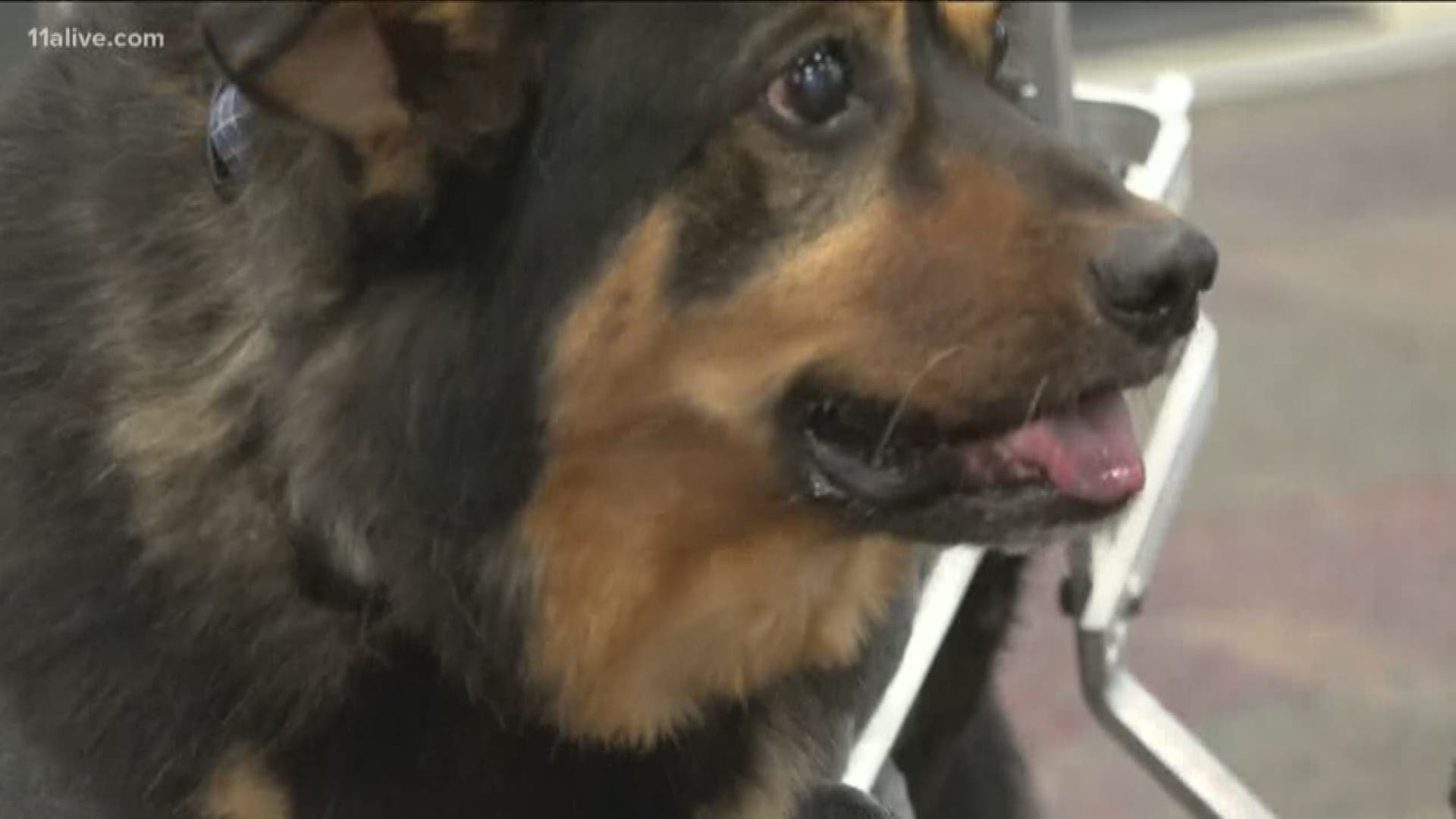 GWINNETT COUNTY, Ga. — A special needs dog that has captured the hearts of many fans is back in Gwinnett County Jail after his latest adoption attempt – and maybe that is where he belongs.

Bandit lost the use of his back legs when he had a rare reaction to heartworm medication. He scoots around in his wheelchair and needs extra love and care, according to Gwinnett County officials.

“He just needs a special family,” said Shannon Volkadov, a spokesperson for the Gwinnett County Sheriff’s Office. “A family who can spend a little more time to help him out.”

While thousands of people have shared Bandit’s story, no one was stepped up to permanently adopt him. Four times now, he has left the jail for what was supposed to be a forever home – only to be returned when the adopters realize how much work it can be to take care of a special needs dog.

Now that the fifth adoption attempt has failed – jail officials an inmates realize it might not be such a bad thing.

His handler told 11Alive that he’s “elated” every time Bandit is returned – not because he doesn’t want him to find a home, but because he is happy to take care of him and have his best friend back.

Bandit’s every need is taken care of and he has company 24 hours a day inside the jail.

The Gwinnett Jail Dog program will never stop trying to place Bandit in a new home, but the inmates there know his place is with them.

PHOTOS | Wheelchair-bound dog up for adoption

1 / 13
Four legged furry friends serve as companions to some inmates at the Gwinnett County jail. This guy's name is Bandit.