Vets objected after an orthopedic surgeon gained attention for his charity work on animals, saying it did more harm than good. 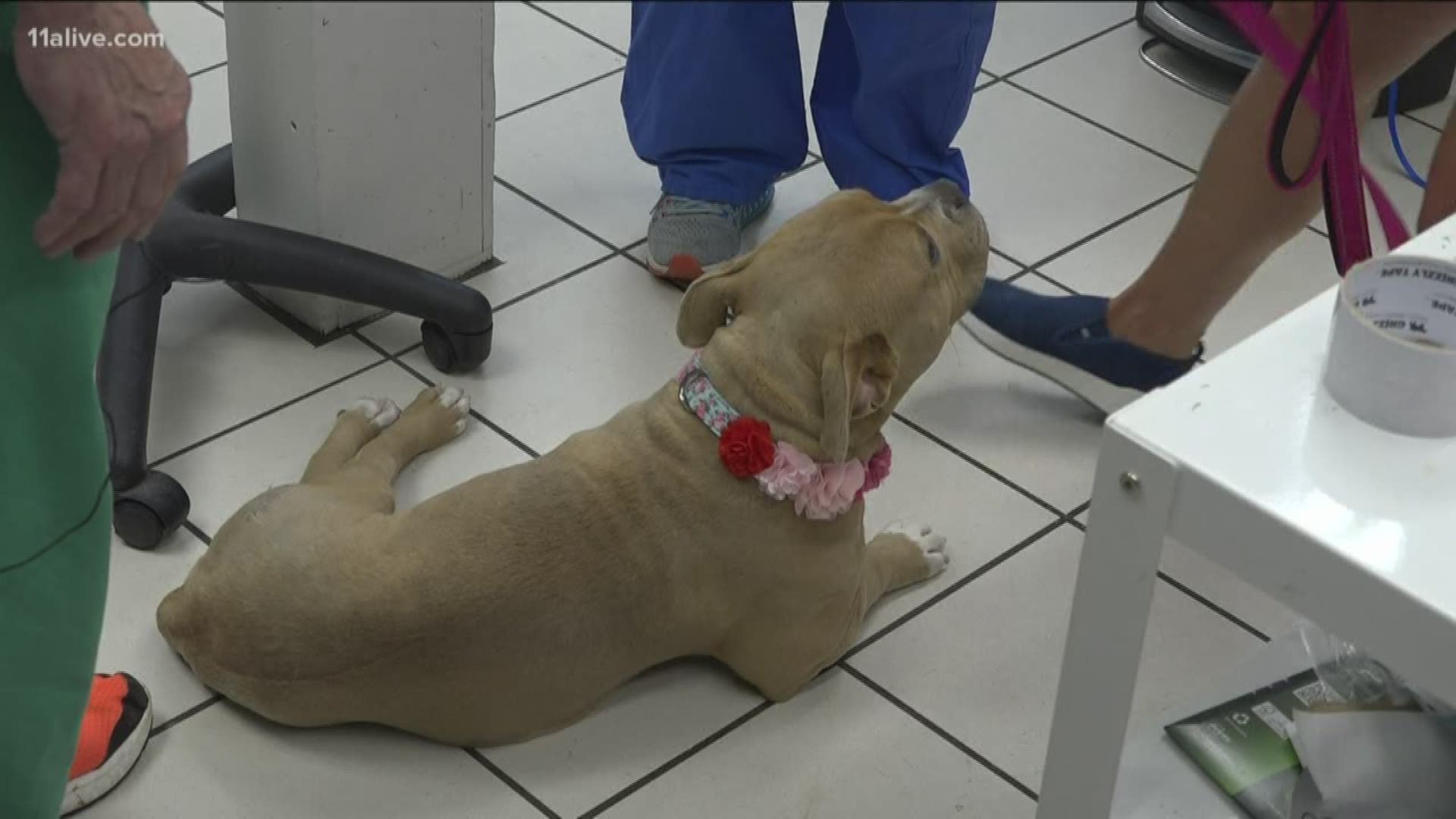 ATLANTA — A charity meant to help homeless dogs is voluntarily closing down after criticism by some that it was doing more harm than good.

Surgeons for Strays performed operations on rescue animals for free – using medical doctors who volunteered in their spare time.

From the state’s perspective, the charity wasn’t doing anything illegal. But veterinarians say the practice is exposing a loophole in state law they want to close.

Doctors with Surgeons for Strays have operated on 86 animals, and they say there's never been a problem with any of the animals. But after what they were doing started getting publicity, veterinarians pushed back, saying while they might be in it for the right reasons, what they were doing was wrong.

Dr. John Keating started Surgeons for Strays because he saw a desperate need for it.

The charity paid for the surgeries -- sometimes costing up to $15,000 -- using medical surgeons who volunteered their time and performed the operations in a veterinary office under the supervision of a vet.

11Alive talked to Dr. Keating before he shut down Surgeons for Strays, amid the backlash from veterinarians.

“These are dogs that are doomed. Ain't nobody going to fix them. They can't get adopted,” Dr. Keating said. “Half the time they're going to be euthanized if we don't fix them.”

Dr. Keating most recently operated on a dog that had been beaten with a bat and turned over to animal cruelty officers.

The state licensing board told 11Alive that under Georgia law, what Dr. Keating was doing was not illegal.

But veterinarians in Atlanta pushed back.

Dr. Alan Cross filed a complaint against Dr. Keating to the Georgia Board of Veterinary Medicine.

“Our concern is that these patients weren't being handled in the best way because of lack of training,” Dr. Cross said. “To be a vet surgeon we have four years of surgery training after four years of vet schools. So we think we do a good job and take pride in what we do.”

“We do at-cost surgeries almost daily, and we just consider it part of our job, but we need to do a better job of letting people know there is a mechanism for caring for rescue patients,” Dr. Cross said.

Dr. Keating said all he ever wanted to do was help the homeless dogs and cats in Georgia.

“We go so hard in human medicine, every once in a while we need to circle back and remember why we're doing this,” he told 11Alive before the backlash. “And that's to do some good, and that's what we're doing.”

The issue has spurred a larger conversation going on about how to best help homeless dogs and cats.

Every year in the U.S., 2.4 million healthy animals are euthanized because they can’t find a home.