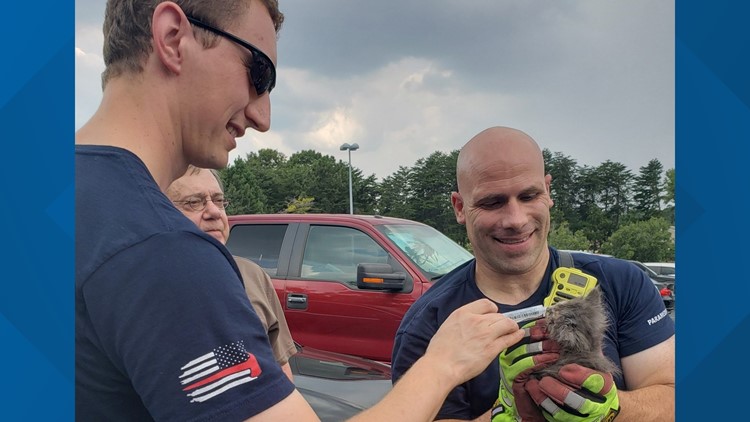 Kitten that rode from Woodstock to Alpharetta in engine bay rescued

ALPHARETTA, Ga. — A hitchhiking kitten is expected to be OK after traveling several miles in the engine compartment of a car - unbeknownst to the driver.

Alpharetta firefighters with Engine 81 responded to a kitten stuck in a vehicle chassis on Tuesday and learned about the little one's perilous journey. It turns out the kitten, now known as "Lucky," for fairly obvious reasons, had run across the road in Woodstock - or that's what the driver thought.

Somehow, Lucky hopped into the car's underside instead, and took what maps shows was likely a 15-mile ride into Fulton County in the 500 block of North Point Parkway.  By the time fire crews arrived, bystanders were already working to get the kitten to safety.

Lucky's ride finally came to a safe end with the help of firefighters, who gave the kitten some water and a snack.

"'Lucky' will be traveling to a new home in [a] box (not an engine compartment) to a cat that has a litter of kittens about the same age to live out his remaining eight lives," officials wrote online.

The Alpharetta Department of Public Safety shared photos of the rescue moments after the kitten was removed from the car as paramedics were caring for the little guy.

Kitten rids from Woodstock to Alpharetta in car engine bay 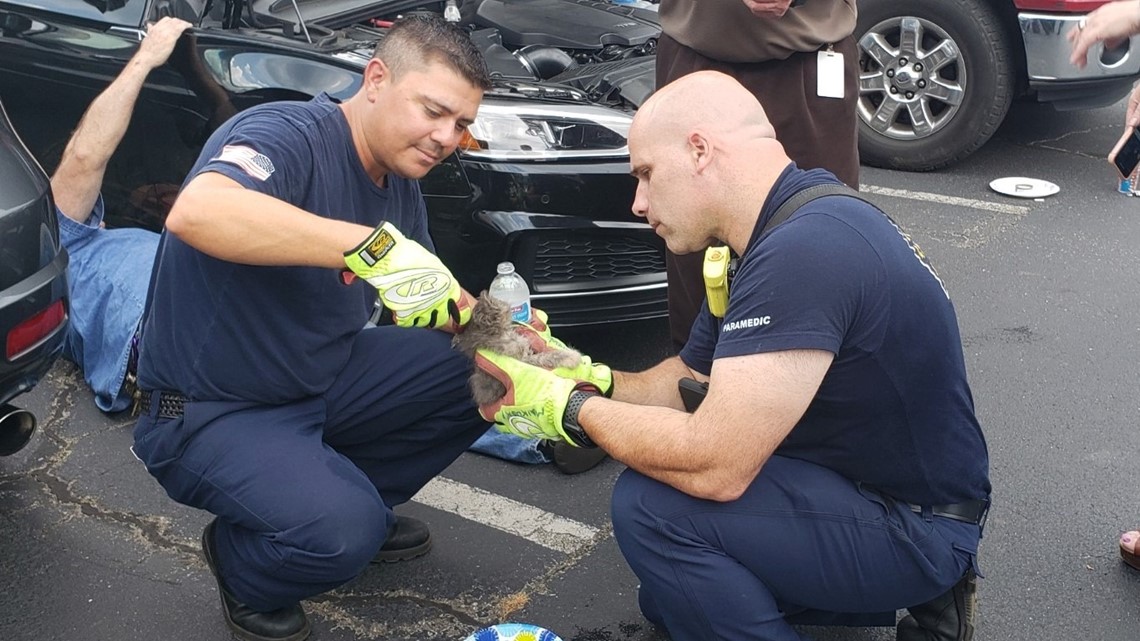