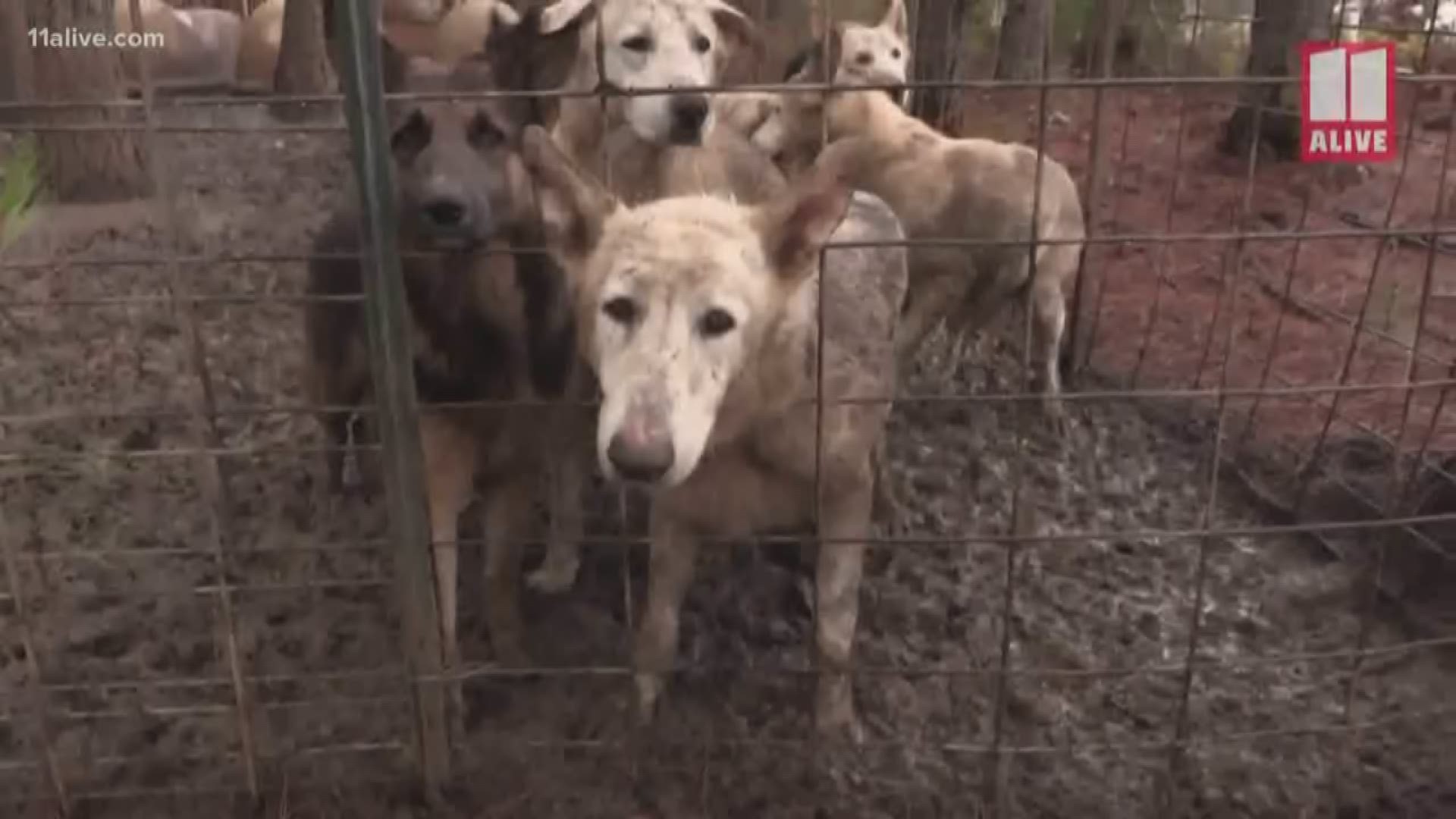 AUSTELL, Ga. — A Cobb County man is wanted after warrants say he left several dogs to die of neglect.

Matthew Grady Manley, of Austell, is wanted on five counts of felony aggravated cruelty to animals.

According to a criminal warrant, Manley "failed to provide adequate food, water and sanitation" that resulted in the deaths of five dogs on May 1. The warrant was signed by a judge on June 16.

RELATED: Dog chewed off his own paw after rescue group failed to treat him

The warrant said the dogs - a Corgi mixed breed dog named Indy, two Chihuahuas named Bartok and Bella, a Boxer mix named Mildred and a Chinese crested dog named Bubble - all died at a residence off of Cochise Circle in Austell.

Manley was not listed in the Cobb County Jail at last check, and is now wanted by authorities.

Editor's Note: The above video is from a related 11Alive Reveal Investigation called "Caged in Cruelty," an in-depth look into puppy mill operations in Georgia. View the entire series of investigations on our YouTube channel.

Your guide to the six venomous snakes in Georgia