A viewer sent us a photo of a large hornet, but it's not the scary one you've read about. 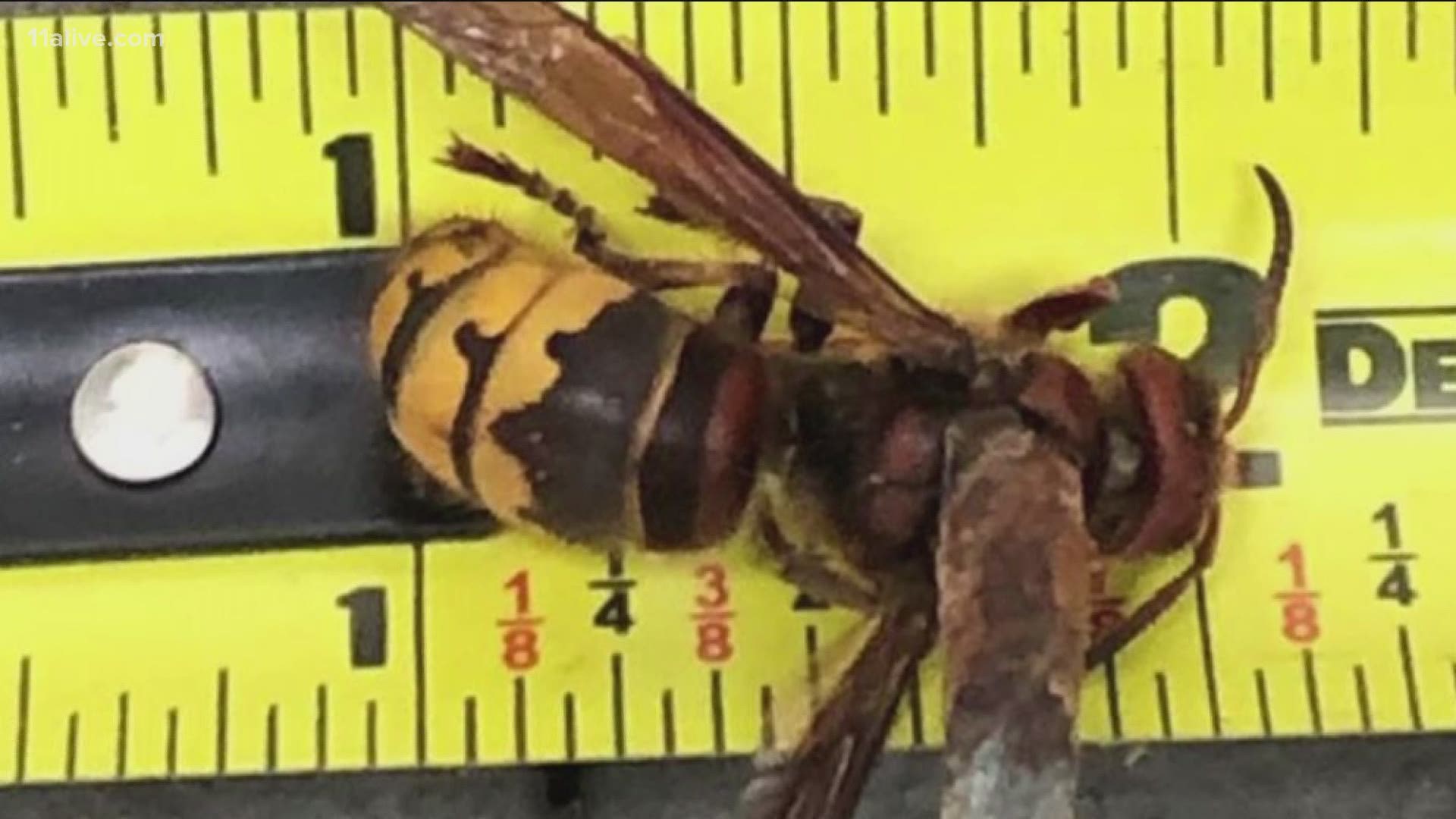 ATLANTA — Have you seen a rather large looking hornet lately, and gotten a little worried it might be the cartoonishly scary-sounding "murder hornet?"

Don't worry, you're almost certainly in the clear. It's highly likely it's just the regular old hornet we're used to.

The Asian giant hornet, nicknamed the "murder hornet" because they actually do sometimes kill people in Japan, caused a small national panic earlier this month when reports emerged that the hornet might be establishing itself in the U.S.

RELATED: VERIFY: What 'murder hornets' are and what they're not

That's in Washington state, though, and so far there's no evidence they've come to Georgia. But could it be here?

A viewer sent us photos of what looked indeed like a pretty fearsome hornet, and we forwarded them along to the Georgia Department of Agriculture.

The agency's director of Plant Protection, Mike Evans, was able to identify it as something understandably mistaken for the Asian giant hornet, but quite a bit more common here - the European giant hornet.

The Department of Agriculture has a helpful comparison on their website that outlines some information about the hornet:

"Recently, there were multiple articles about Asian giant hornets and our department has been contacted by several concerned citizens. At this time, there have been no confirmed cases in Georgia or the Southeastern U.S.," the Department of Agriculture site states. "We encourage people to contact us or their local University of Georgia County Extension Office when an 'unusual' insect is discovered."

According to a Department of Agriculture spokesperson, the European giant hornet became established in the U.S. in the 1840s.

Thankfully, for now, we're still in the clear of the murder hornet.