News 8 followed up with scientists about a history-making beluga whale sighting in San Diego. 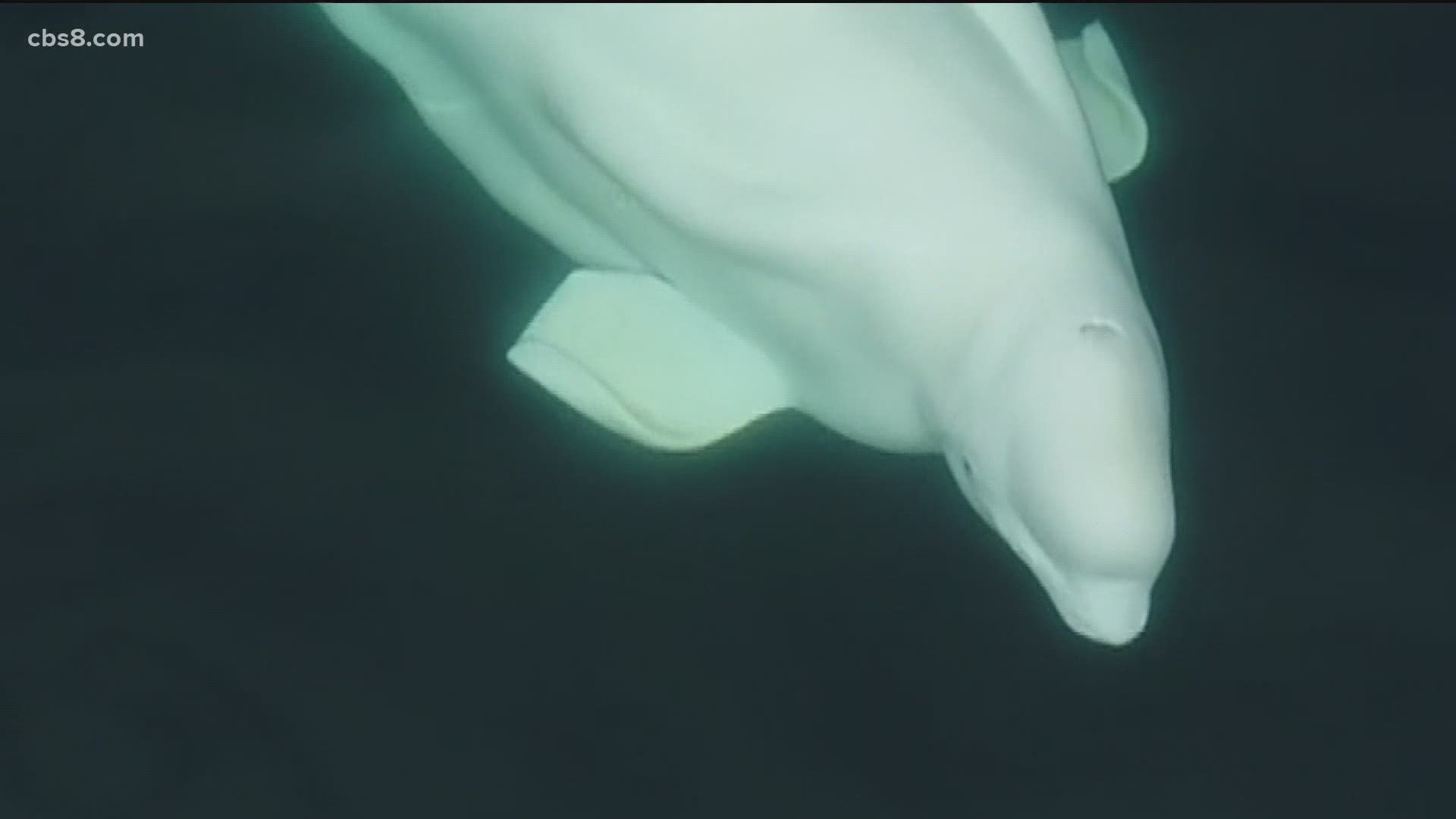 SAN DIEGO — After News 8 aired amazing drone video of a beluga whale spotted seven miles off the coast of San Diego, we received several questions from viewers. On Wednesday, we got answers.

RELATED: For the first time, beluga whale spotted off coast of San Diego

The video was taken Friday morning by Domenic Biagini of Gone Whale Watching San Diego. NOAA has since confirmed it is a beluga whale. But where did it come from? And how did it get here?

“He could have just gotten caught up in a cold water current and he could be following that current,” said Suzanne Steinert, President of Beluga Whale Alliance in Alaska.

Steinert said belugas are curious animals. Last year, a beluga wandered into Norway and was joking called a "Russian spy."

This whale spotted in San Diego hasn't been called a spy, but some viewers questioned if it possibly escaped from the Navy's Marine Mammal Program in San Diego. News 8 checked and found the program did have a few beluga whales, but they all died more than 20 years ago.

News 8 also checked with SeaWorld who issued this statement: "SeaWorld San Diego currently cares for three adult beluga whales: two males and one female,  all of whom are currently in our park."

From San Diego, the closest known home to wild beluga whales is Alaska where it's believed there are five different populations, including the endangered Cook Inlet beluga. Even if this whale swam in a perfectly straight line, that trip is nearly 2,500 miles.

Steinert said belugas are opportunistic feeders, so the whale should find plenty to snack on.

“It appears to be in fairly healthy condition, which means it likely is finding food, which is good,” she said.

But Ann Bowles, a Senior Research Scientist with Hubbs-SeaWorld Research Institute, has another concern which several viewers also questioned: If beluga whales are used to living in very cold water, can they also survive here?

“The warmer the water, the more the chances there are going to be diseases that are happier in warm water that your body is just in no way prepared to deal with,” Bowles said.

This beluga hasn't been spotted since Friday afternoon and scientists have no idea where it is. If you happen to see it, they are protected, so give it space. You are also encouraged to call the NOAA Fisheries West Coast Marine Mammal Stranding Network.