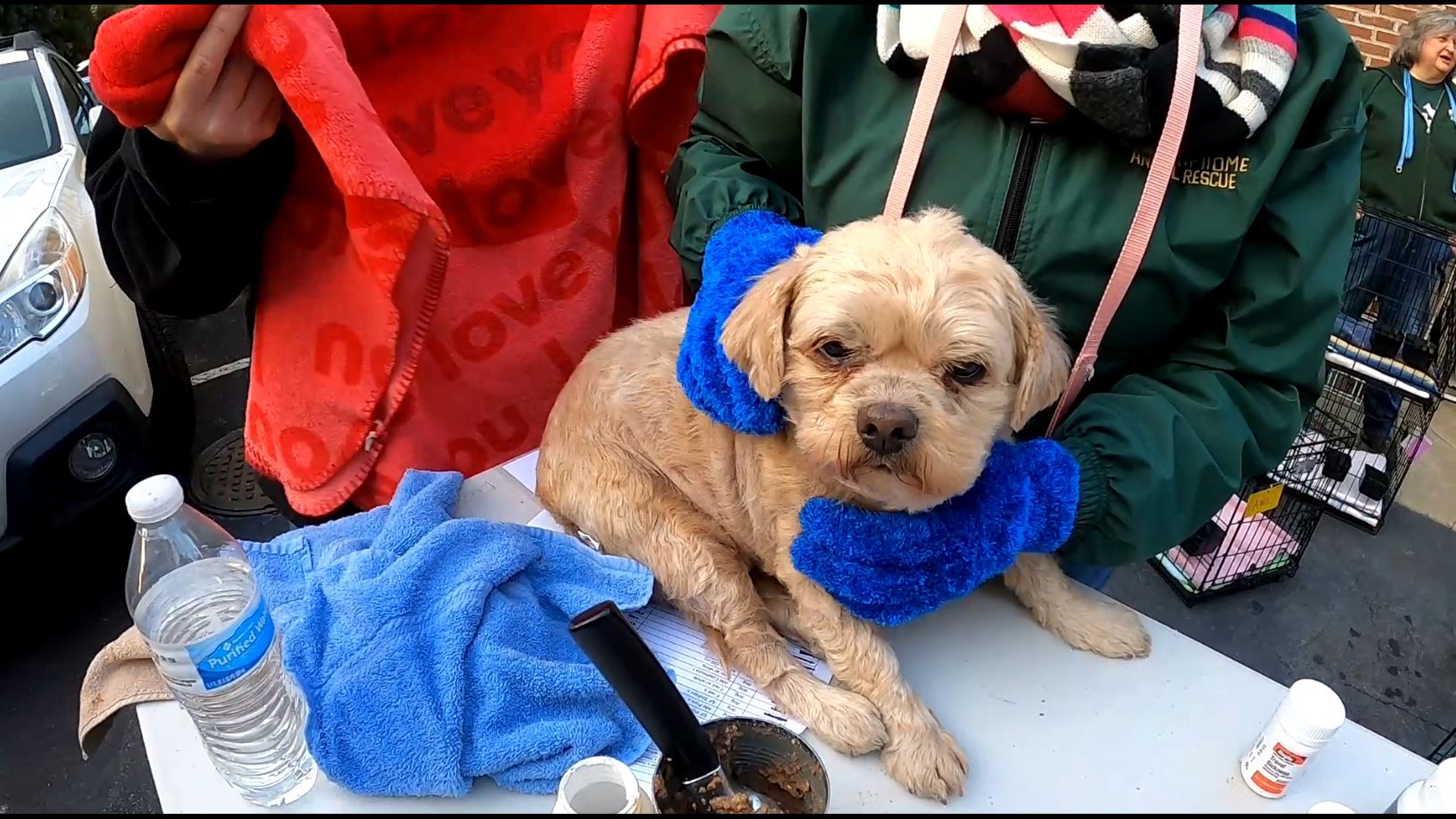 ATLANTA — Emaciated dogs living in deplorable conditions, dogs with rotten teeth, heart worms, and broken limbs are some of the heartbreaking stories 11Alive has shared in the last two years.

Our investigative team, The Reveal, has been showing the faces of puppy mills in Georgia and investigating the systematic problems rescue groups and local law enforcement have to deal with in these cases.

In the latest part of our series, Caged in Cruelty, we look at the financial aspect rescue groups battle with daily and a temporary Band-Aid that saves dozens of dogs every month by shipping them to other states.

COVID-19 crushed legislative efforts last session to hold dog breeders financially accountable for animal cruelty. This year, there’s a new bill to create a trust that at least local governments could use to help offset the cost of caring for animals seized during an investigation.

The trust would be funded through an increase in licensing fees on breeders and shelters. But much of the cost right now is being paid by non-profits and community groups that care too much to look away.

The Reveal wanted to know how much law enforcement investigations for abuse and neglect associated with puppy mills were costing the community. When we realized no one was tracking that kind of information, we started working to collect the data ourselves.

RELATED: Hidden in plain sight: Sick animals, a jawless dog and a system that missed them

It took weeks to call and email more than 350 licensed organizations to ask for medical bills and kennels costs from dogs rescued from licensed and unlicensed breeders. They were told about dogs dumped, deaf and blind puppies, rotten teeth, heart worms, and severe emotional trauma.

One rescue responded to our survey saying, “just got contacted this week by a breeder who wants us to take ‘all of her babies’ because she is ill and can no longer care for them. This translates to they are too old for breeding and she doesn't want to bother with them any more.”

Among the dogs rescued were German shepherds taken from Angela Powell. The Reveal first reported on the breeder in 2019 after dead dogs were found on her property.

“We immediately recognized this as a case of felony animal cruelty,” Candler County Sheriff John Miles said after Powell’s arrest.

It’s unclear how much it cost taxpayers to investigate and prosecute her cruelty case, she has yet to go to trial, but The Reveal did track nearly $350,000 spent by welfare groups to provide shelter and medical care to her dogs.

In 2019 alone, volunteer groups said they spent more than $1 million on dogs abandoned or seized from licensed and unlicensed breeders.

“They’re sweet, they’re just looking for love, but they do come with the medical issues. Because nobody, they weren’t taken care of,” Kathi Higgins, who helps manage the non-profit Road Trip Home, said.

The organization transports adoptable dogs and cats at risk of being euthanized to the northeast where eager families wait to adopt them.

“There’s not an overpopulation of pets in the New England area, in the north because everyone spays and neuters their pets,” said Rhonda Sykes, the Road Trip Home co-founder.

But he agreed, Georgia could go a long way toward reducing the number of animals euthanized or needing transport in our state, if owners would just spay and neuter their pets.

“I think our biggest problem is that we don’t educate or have the resources for some of our clients to have their animals spayed or neutered and then they get overwhelmed,” Carmichael said.

The fear of spreading COVID temporarily halted transports out of state for several weeks. Usually Road Trip Home loads up a van, or even two, twice a month.

At risk of euthanasia, Ga. homeless animals transported to other states

Just as jarring, COVID also stopped the fundraisers critical to paying for the transports. Still, volunteers and donors found ways to save 1,584 animals last year.

“It costs us about $1,500 per van just in gas and to cover the driver’s expenses. But then you’ve got to figure with each animal that’s going there’s probably somewhere between $100 and $150 we spend,” Sykes added.

That’s often with reduced rates and care provided by Lake City Animal Hospital in Acworth. Before transport, each animal is checked by a veterinarian and given a clean bill of health.

These rescues are another tremendous cost we never expected when we started our research. Road Trip Home and groups like it help all animals, not just those seized from licensed and unlicensed breeders, but they all said it’s a part of the problem.

During the survey, we talked with one rescue transporting 178 Pomeranians taken from a backyard breeder in south Georgia.

In all, we discovered more than 16,000 Georgia dogs transported by a dozen groups to 19 states. It’s a lot of trips. Yet still, not enough to save the thousands of animals euthanized each year.

Road Trip Home said it is currently in need of short term foster homes and funding to help maintain its mission. To help, go to RoadTripHome.org. 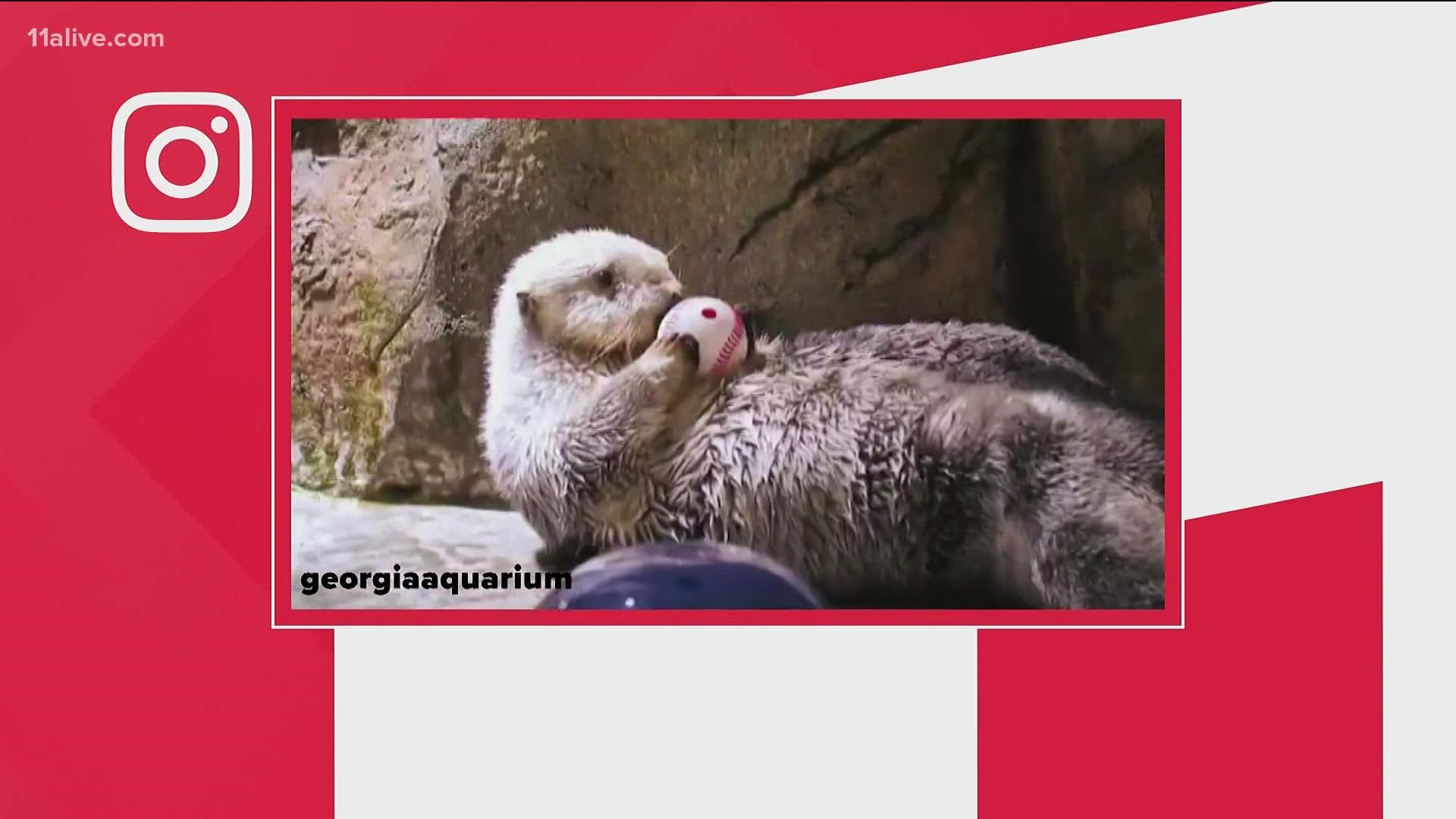