Believe it or not, Ranger the German shepherd is fully grown. 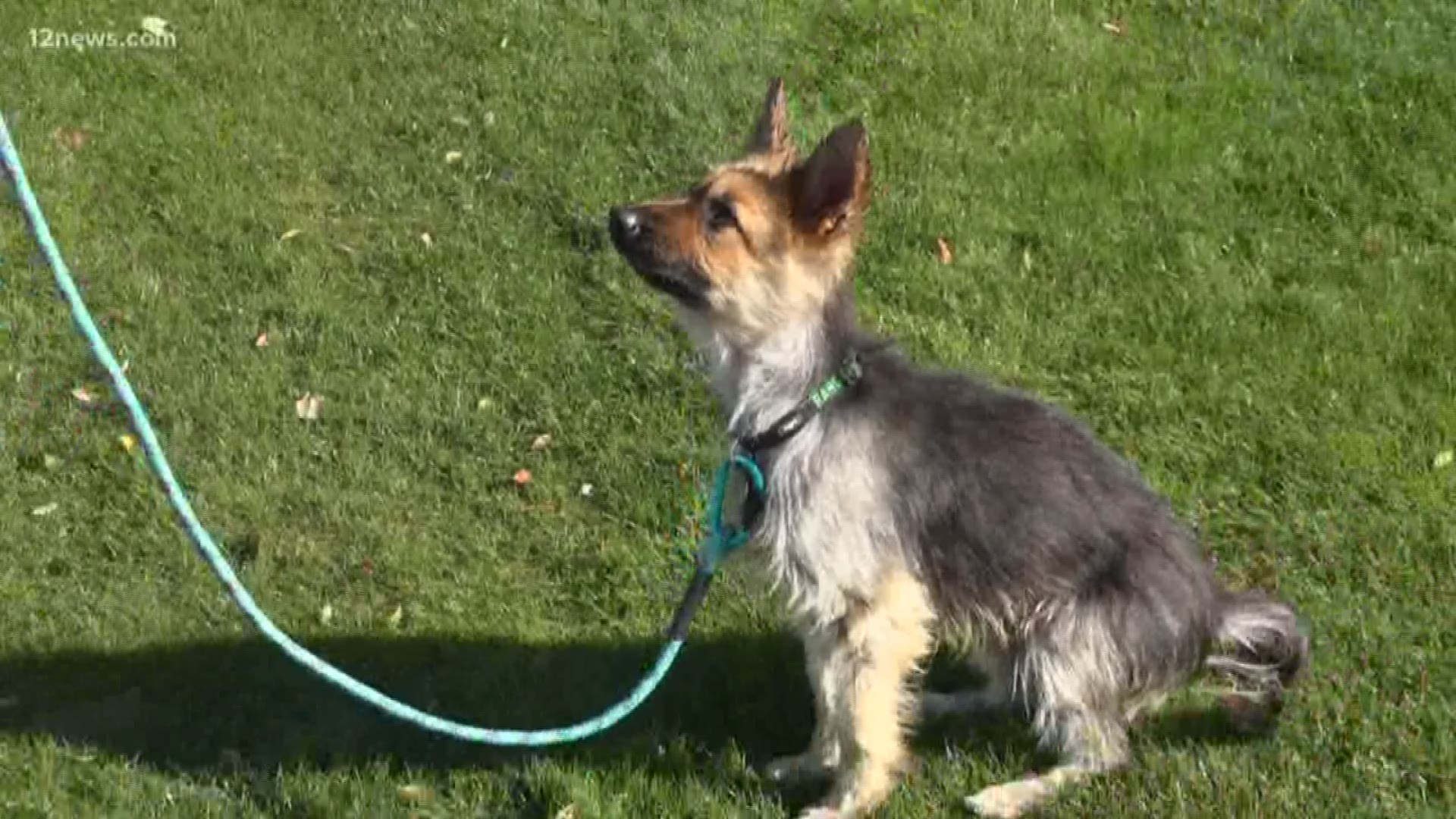 Ranger the German shepherd is forever a puppy – and he’s also a Valley native.

His miniature size came as a surprise to his owners.

“He still acts like a German Shepherd,” Darcy said.

When Shelby and Darcy Mayo’s dad said he wanted a German shepherd, this isn’t quite what they were expecting.

“He was actually the last one of the litter,” Shelby said. “He was a lot smaller than all of his other litter mates at that point.”

Believe it or not, he’s 2-and-a-half years old. And weighing in at 15 pounds soaking wet, he’s fully grown.

“That was the plan! And he just never, he never grew big,” Darcy said.

Turns out, Ranger has dwarfism.

“He is so, like, spunky. He has the most life and energy to him," Darcy said.

It hasn’t always been easy though. Ranger’s first year was riddled with health issues, and his owners weren’t sure if he would make it.

“There was a lot of like scares and what have you, and then just figuring out his dwarfism on top of all those other things,” Darcy said.

As many dog owners do, they started documenting ranger’s life and progress on Instagram. Only in Ranger’s case, his page exploded.

The rest of social media fell in love.

“People originally just loved him for his head tilt. And then he just got popular because of his dwarfism,” Darcy said.

Now, Ranger is one of Instagram’s fluffiest influencers, racking up 120,000 followers – his furry fame bringing in brand deals and millions of likes.

He’s even attracted the attention of celebrities.

“It’s like if you can pay for your own medicine that would be great. Not what you expect from your dog,” Darcy said.

But most importantly, he’s given his owners hope.

After being told Ranger could only live 3 to 5 years, other dwarf dog owners have reached out to Ranger – sharing stories of success.

“We kind of know that anything could go wrong. We don’t really know what’s in the future, but we’re optimistic,” Darcy said.

While Ranger’s future is unknown, one thing is for sure – the joy this perpetual puppy brings to his thousands of fans.

“I’ll look at him and be like, 'Do you know how you’re impacting people?' It’s very cool,” Darcy said.

As the saying goes, big things come in small packages.