The family thought the owl was an ornament until the little animal turned its head. 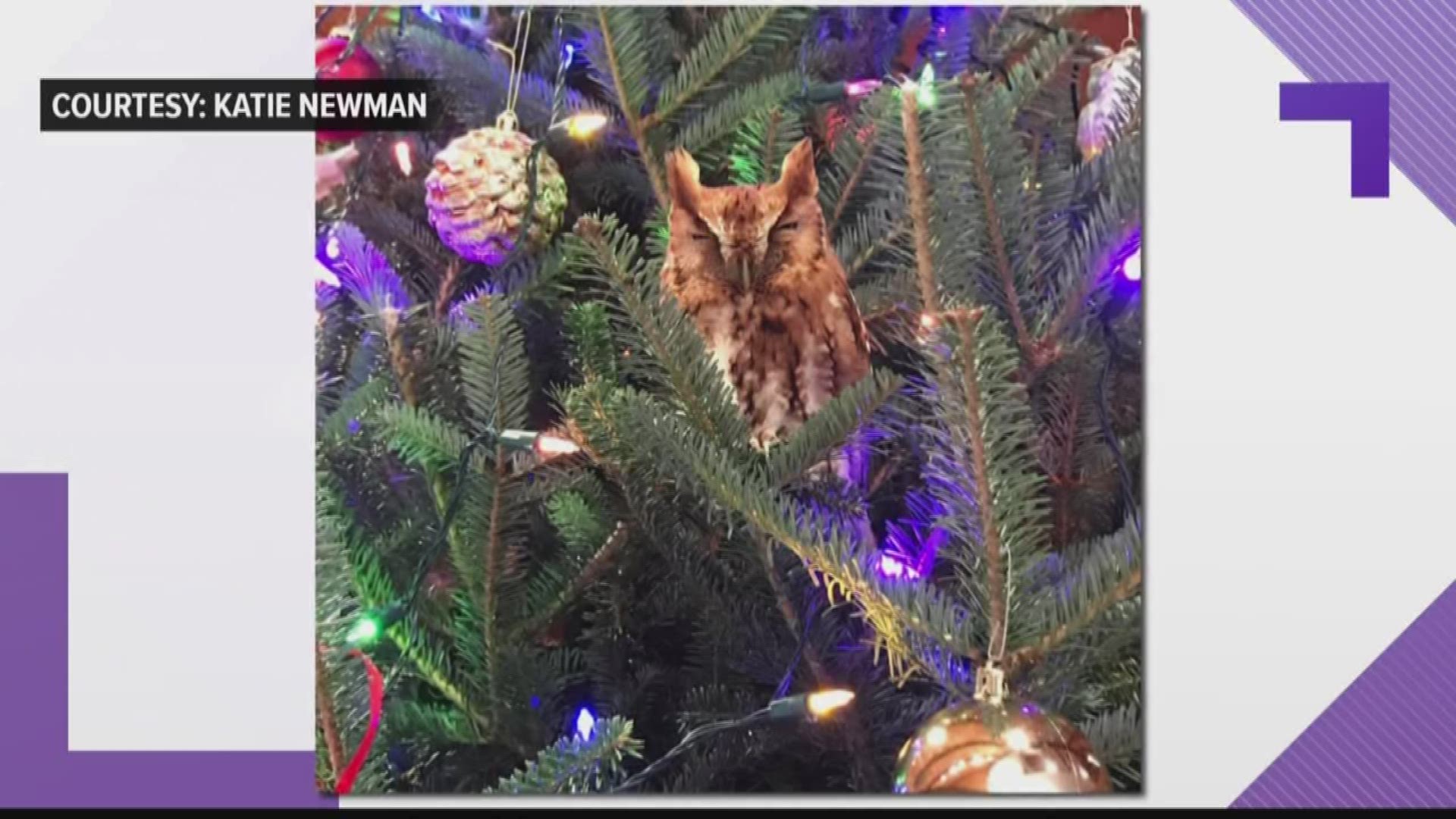 A Newnan family was in for a Christmas surprise when they found a live owl roosting in their tree.

Their 10-year-old daughter jumped when she saw what she thought was a Christmas ornament turn its head and look at her.

11Alive's Kaitlyn Ross talked to the tech who delivered the owl back to its natural habitat. The wildlife technician told her that it would be easy to mistake one of these little owls for an ornament.

Owls that size normally weigh a fourth of a pound and they can make themselves look even smaller when they're scared, according to Dawn Ellerman, a wildlife technician at the Chattahoochee Nature Center.

Luckily, the owl they found in this family's tree is perfectly healthy.

She said she doesn't typically make house calls, but told 11Alive that she had to see this.

"Could you imagine seeing an ornament turn and look at you?! How spooky that might feel! So I was just as shocked and surprised," Ellerman explained.

The Newman family dubbed it "Owl Gate" on Facebook, and posted pictures and videos of the little owl that made a home in their Christmas tree. In one post, they say, "Who needs a star when you have an owl atop your tree?"

The family eventually called the Chattahoochee Nature Center when their decoration didn't leave.

"She had done all the right things, the family had left all of the windows and doors open," Ellerman said.

That's when Ellerman drove over to Newnan with a unique Christmas feast she hoped would lure the owl outside.

"I brought two dead mice because that's what it would eat. I gave it a liquid high-calorie diet," Ellerman explained.

She says the Newman family helped make sure the owl had everything it needed to feel safe.

"They were super into what I was doing, they were involved and really helpful. It was a great experience for everyone," Ellerman said.

They were so into it, they started a fundraiser for the Chattahoochee Nature Center.

"The animals don't pay rent. So it was really nice of them to help us, and they were really into it, which was very meaningful," Ellerman stated.

Ellerman said the bird is an Eastern Screech Owl. There is actually one like it at the nature center. She said they are native to this area, and the family's yard will be a perfect habitat for the owl that was in their tree.

They were all able to self release the owl when it got dark Saturday night, though the family swears they can still hear it hooting in the distance.

Ellerman said she believed the family named the owl Santa Claus because it was red and so cute. However, the nature center told 11Alive they prefer to stay away from naming owls since it is a federal crime to keep wildlife as pets.