"You need to learn how to jump, boo!" 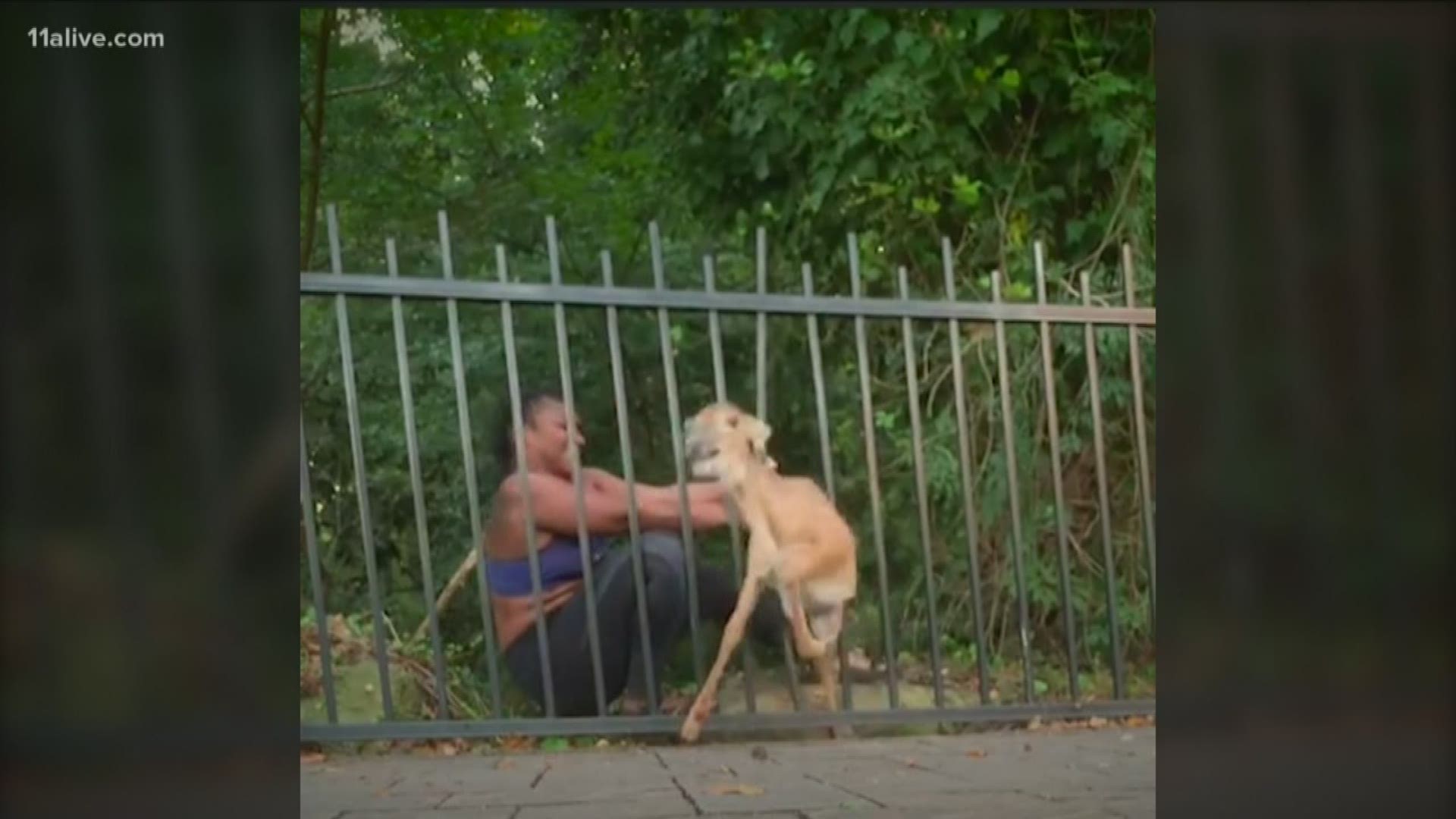 STONE MOUNTAIN, Ga. — It's not unusual for joggers and runners to come across deer and other wildlife in our "city in a forest," but an Atlanta woman's encounter with one deer was very unexpected.

Instagram user Chloe Memoir wrote that she was on a run through Stone Mountain Park last week when she came across a deer who got stuck in between the metal rails of a fence.

Video shows Chloe yell to the trapped deer, who was struggling to wiggle free.

"Wait!" she shouts to the deer before yanking on one of the rails. It was enough to put a bend in the rails and allow the deer to get free.

While you'd think that's where the rescue story ends, you'd be wrong, because seconds later, Chloe sighs in exasperation because the deer gets stuck - again.

"This girl," she exclaims. "What is wrong with this girl? You need to learn how to jump boo!"

As she walks over, you can see that the deer has once again gotten stuck - this time between the rails of a metal barricade.

"Better not kick me!" she adds, as she tries to yank on the rails like she did before. But no such luck this time.

She tries to yank on the barricade bars again, while the deer bleats pitifully.

"Somebody help!" Chloe shouts out, looking around, realizing no one is there.

At a loss for what to do next, she throws herself over the barricade - it was enough to startle the deer, who manages to shimmy from between the bars. The freed deer runs away, but not before Chloe shouts out some advice first: "Yo a** better not get stuck again!"

Survey ranks Atlanta America's 7th-best city for pets, so get that puppy you've been thinking about