Floyd will turn two on Saturday, while his father Taz turned 32 on Tuesday. 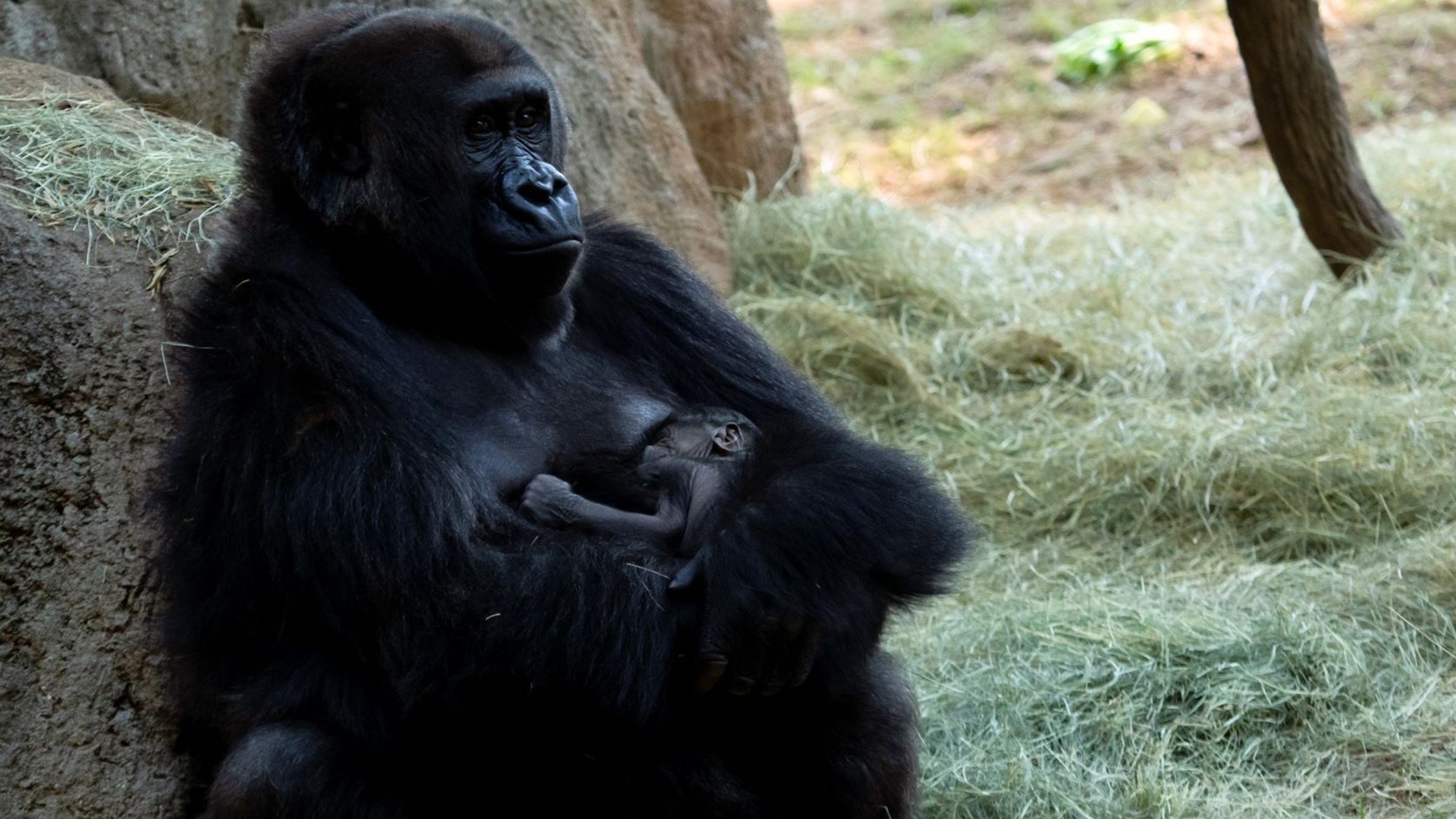 ATLANTA — Zoo Atlanta will be celebrating the birthdays of little gorilla Floyd and his dad Taz this weekend, and to mark the occasion they're launching their new gorilla cam.

The camera will go live on Saturday, as the zoo celebrates Floyd's second birthday. His father Taz turned 32 on Tuesday.

According to the zoo, the camera will feature "one of the gorilla habitats at Zoo Atlanta’s renowned Ford African Rain Forest, which is home to four social groups of gorillas living in separate habitats" with a focus on Taz's troop.

The birthday celebration on Saturday is happening at 9:45 a.m.

After that, the camera will be live from around 9 a.m. to 5 p.m. every day, according to the zoo.

"Gorilla Cam will offer a chance to observe a host of natural gorilla behaviors. These behaviors are much the same as what would be observed among a troop of gorillas in the wild and include but are not limited to foraging for food, resting, and playing," a release from the zoo explained. "Early in the morning or at times when the gorillas are indoors, viewers may also see members of the Gorilla Care Team preparing the habitat, scattering food, or placing enrichment items for the gorillas’ use. The care team never shares the same space with the gorillas, so these activities are limited to times when the gorillas are not in the habitat."

The zoo notes that the gorillas' movements throughout the day "are dynamic" and "they may not always be in view of the camera."