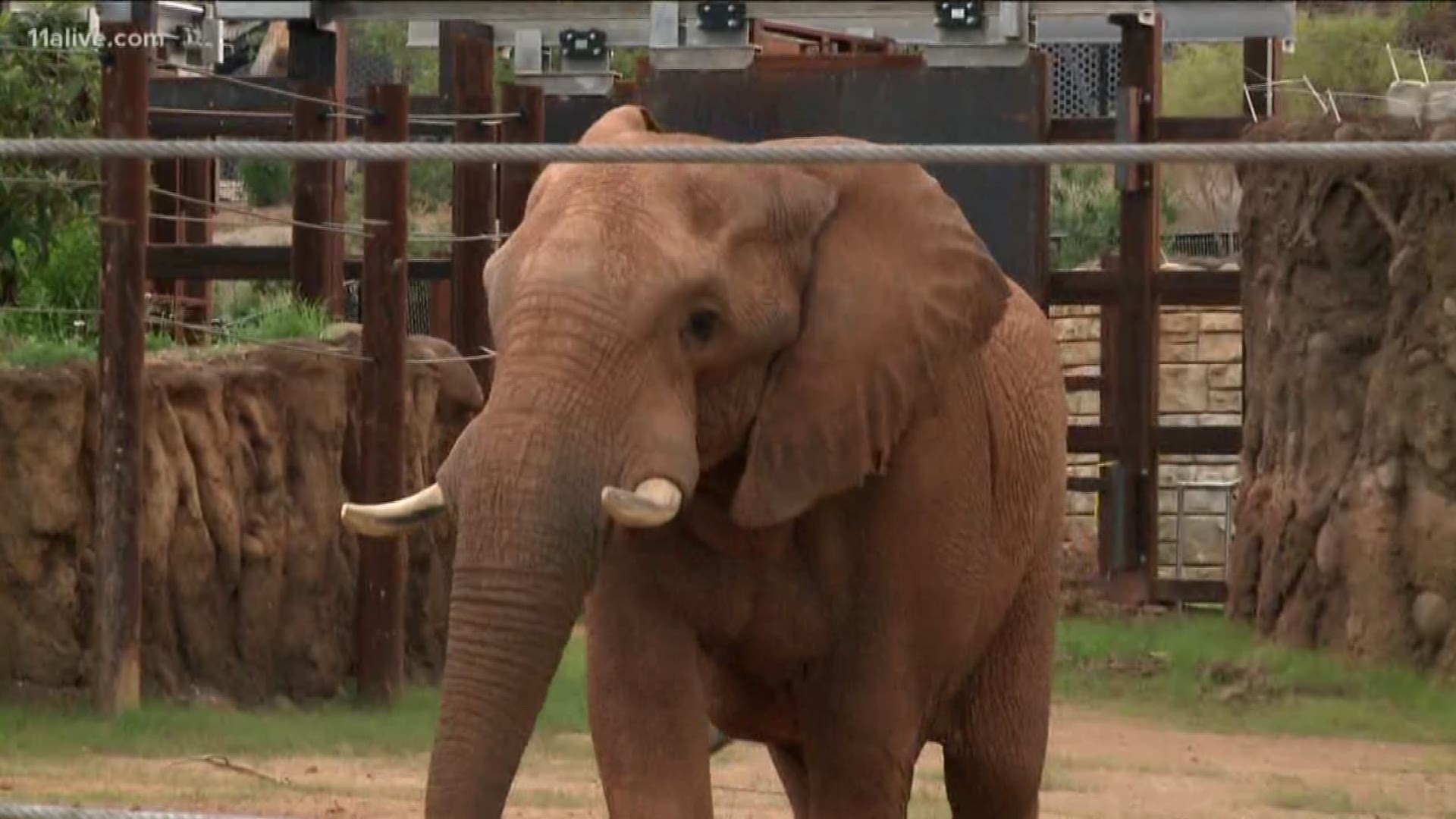 ATLANTA — Zoo Atlanta marked a first on May 20, when it welcomed the arrival of a southern white rhinoceros.

Mumbles, a 4,300-pound male, came to Atlanta from the Houston Zoo in Texas, and is the first time the species will call Zoo Atlanta home. The 9-year-old rhino will stay in the zoo's expanded African Savanna exhibit, where guests can also find African elephants, giraffes, zebras, ostriches, warthogs and meerkats.

“We are thrilled, at long last, to welcome our first southern white rhino to Atlanta. These are magnificent, charismatic animals that are icons of the savannas of Africa and key players in their ecosystems,” said Hayley Murphy, DVM, Deputy Director.

According to zoo staff, Mumbles will settle in the indoor portion of his new home for about two weeks, before being able to explore the outdoors, so he is not yet visible to the public.

While Zoo Atlanta said it has housed black rhinos, Mumbles’ species is a first for the zoo.

White rhinos, they said, are the largest of the five rhino species and are not actually white, despite their name. The moniker is believed to have originated with the Afrikaans word wyd, meaning “wide” – a reference to the shape of white rhinos’ upper lips.

All species of the animals are at serious danger because of poaching for their horns, but the zoo said southern white rhinos are at particular risk because they often travel in herds in the wild, making them easy to spot for poachers.

“The conservation status of all rhinos carries great urgency, as we have already seen rhino species disappear in our lifetimes," Murphy said. "We hope to help our visitors understand that there’s more they can do in their daily lives to preserve biodiversity beyond just not buying wildlife products.”

The zoo, which just welcomed the public back to the park over the weekend after closing during the coronavirus pandemic, said it will provide updates for when visitors will be able to see Mumbles.