The festivals, which went virtual last year due to the pandemic, honors the rich tradition of Southern sustenance. 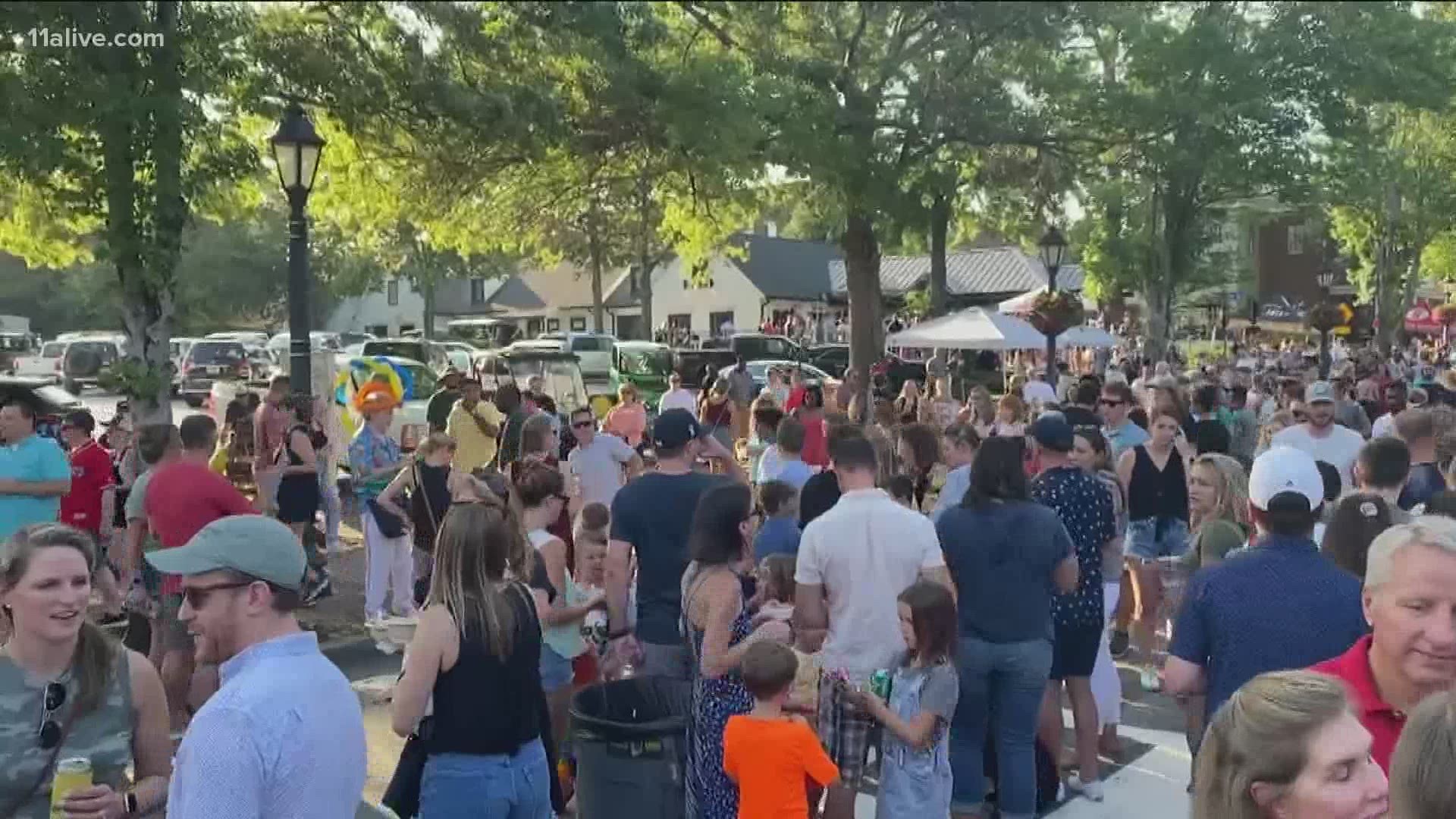 The festivals, which went virtual last year due to the pandemic, honors the rich tradition of Southern sustenance, attendees can savor the flavors of the South’s favorite chefs and mixologists as well as wine pop-up stations, a cocktail garden, live music, and an interactive food and beverage pairing area.

According to a release sent to 11Alive, a percentage of proceeds from this year’s curated dinners, lunches and brunches supports local charities.

"We’re happy to be back, doing what we love, which is creating and executing first class events for our consumers, chefs and partners,” Brett Friedman, Partner & CEO of Agency 21, which owns and operates Atlanta Food & Wine Festival said in a statement. “This year especially, we are looking forward to showcasing creative cuisine with talented chefs from all 13 Southern states, as a tribute to returning to normalcy.”

With the events returning in person this year, the Tasting Tents will have a curated Yelp Atlanta spotlight section featuring a variety of their favorite local Atlanta spots.

In an effort to curb hunger and reduce food waste in the metro Atlanta area, AFWF will be partnering with Second Helpings Atlanta to collect fresh, surplus food from each of AFWF’s activations to donate to hunger relief agencies. In addition, AFWF will also be supporting Children of Conservation, with proceeds dedicated to the conservation of endangered species through education, habitat preservation and wildlife sanctuary, the release stated.

Tasting Tent tickets are now on sale with early bird pricing available until July 23. The festival’s lineup of intimate dinners, lunches and brunches will be announced in the coming weeks.