The Atlanta Homeward Choir is determined to break the cycle of homelessness through music and community. They traveled to Chicago to raise their voices in two joint concerts to honor the homeless who have died on the streets, and to put the spotlight on the homeless issue nationwide. 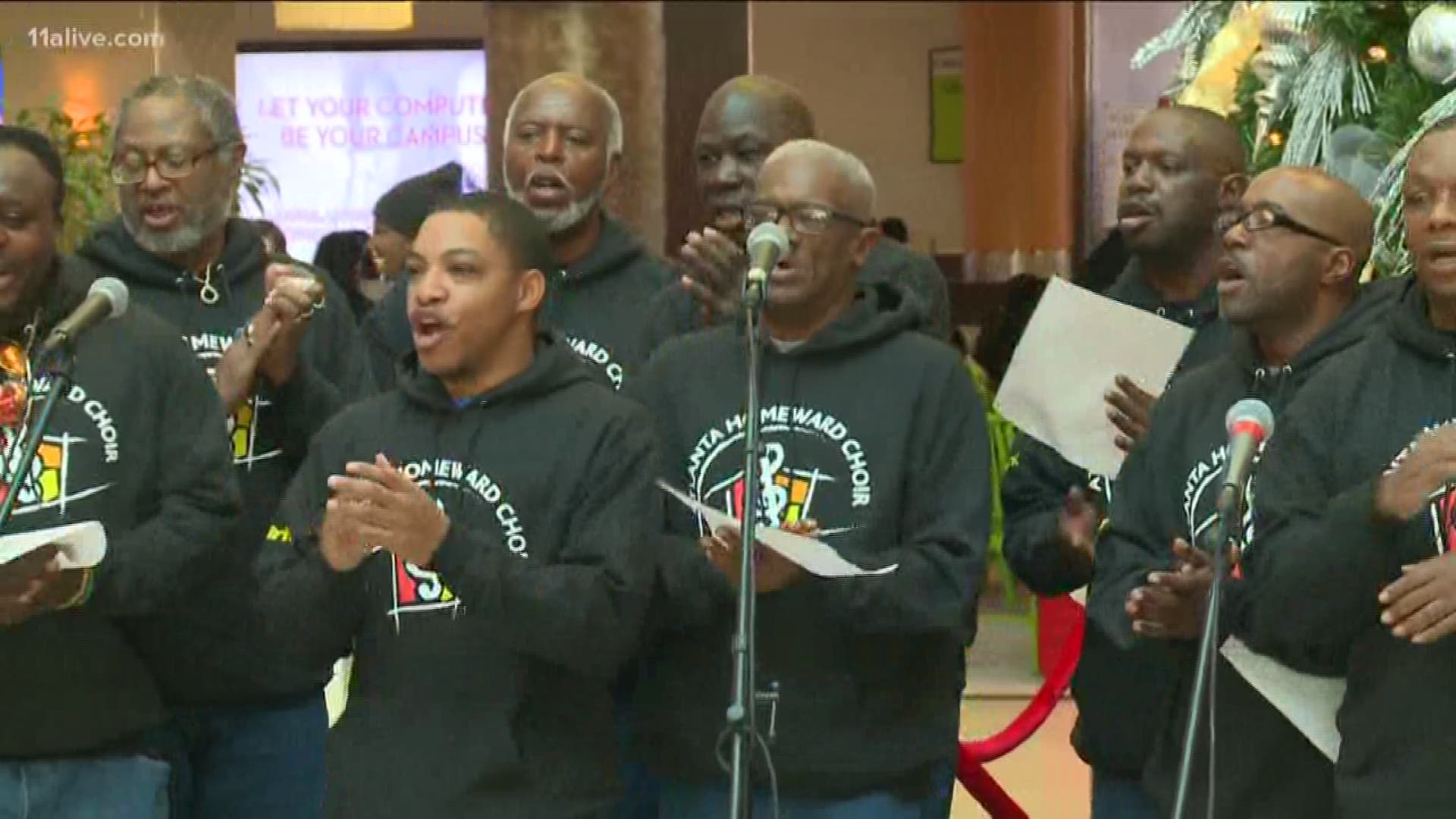 ATLANTA — Music can be a strong influence on breaking the cycle of homelessness.

That force has led to the formation of the Atlanta Homeward Choir, made up of 15 homeless men.

The choir has performed at the White House and the Lincoln Memorial, and is now performing in Chicago to honor the homeless who have died on the streets.

The Atlanta Homeward Choir is a group of talented men singing together with spirit, enthusiasm and joy in concert.

They made a special appearance in the Hartsfield-Jackson Airport Atrium as they headed to Chicago for series of concerts with a leading Chicago choir to honor those affected by homelessness.

“(It's) My first time flying on a plane, so it is very exciting for me and I am looking forward to it,” said Christopher Terrell, a choir member.

Being a part of the Atlanta Homeward Choir gives these men a great sense of companionship and purpose - a chance to break the cycle of homelessness. And as they headed to the gates and their flight to Chicago - courtesy of Spirit Airlines - the smiles and enthusiasm could be seen everywhere.

Donal Noonan, who founded the choir six years ago and is director of music at the Catholic Shrine of the Immaculate Conception in downtown Atlanta, knows how tough life can be for his singers.

“Being on the street means that you are on your own, traveling from morning 'til night without maybe talking to somebody," Noonan described. "This provides that community to help you, to say you are worth something. You can do better than this and go ahead and do it, and that is what we do."

And doing better meant intense rehearsals as the Homeward Choir prepared for Chicago.

Then it was arrival in the chilly Windy City with accommodations for the choir, courtesy of the Crowne Plaza Hotel. But no matter how cold it got, sightseeing was on the agenda. Then it was off to the Daley Center Plaza for a joint concert with the Chicago-based Harmony, Hope & Healing Choir.

And in the evening, both choirs joined together at the historic Old Patrick's Church for a dramatic candlelight memorial service honoring and remembering those who had died on the streets because of homelessness.

For the Atlanta Homeward Choir, it was a journey and experience to be long remembered, and hopefully an inspiration for its members to rebuild their lives.

With the holidays at hand, the spark of song ignited by the Atlanta Homeward Choir will not subside.

Powerful and inspiring moments from a most dedicated and determined group of men, led by a music director who deeply believes in their futures.

From the Atlanta Homeward Choir to all you, a happy and joyous holiday season.