The Booth Museum houses the nation's largest single collection of Western Art.  Within the museum's  stunning design are 1,200 works of art with another treasure trove stored for later display. 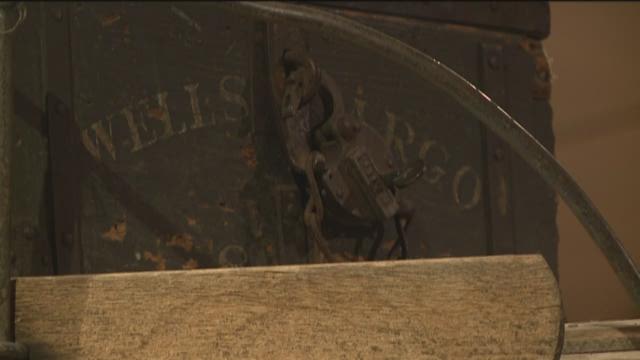 CARTERSVILLE, Ga. -- Almost hidden on a side-street is the nation's largest single collection of western art in one museum and it is part of the formidable Smithsonian Institution.

It is in the historic and bustling city of Cartersville - less than 40 miles north of Atlanta - and even has the railroad crossing Main Street right in the middle of town.

But take a turn down a quiet side-street and you'll find yourself in the middle of the old west surrounded by cowboys and Indians. Its the Booth Museum with the nation's leading collection of Western art.

Historian Jim Dunham has been with the museum since it opened in 2003 and he loves all things Western. He knows the galleries and the art objects by heart.

With more than 1,200 works of Western art on display and another treasure trove of art in storage, the museum has it all.

Dunham reflected on a detailed sculpture of a soldier entering battle.

And farther along in the gallery is a painting by Arizona artist Bobb Vann featuring Georgia native Henry Flipper, the first African American to graduate from West Point.

“He (Flipper) became an officer and he was sent to serve with the 10th Cavalry,” Dunham said.

Standing out in one of the galleries is a realistic sculpture by Harry Jackson of John Wayne as he starred in True Grit.

And giving museum visitors a sense of what it was like to travel is a collection of wagons. One was the “Mud Wagon” as Dunham referred to it. He called it the SUV of stage coaches as “it was never meant to go across the United States. It was bought by ranchers to go across town.”

Not far away in the galleries, another authentic stagecoach sits - this one was for longer hauls and made famous in western movies.

“It’s going to take you about 20-30 days to get across the United States,” Dunham said, with overnight stops and a change of coaches along the way.

In addition to Western-themed paintings by Steve Penley the gallery includes an artist best known for his contemporary works.

“Andy Warhol was not famous for his Western art but toward the end of his life he did a series of 14 serigraphs,” Dunham said, proudly pointing to one of a series on display.

The full Warhol series, called The Cowboy and Indian Suite has 14 works and the Booth has them all.

Also featured within the Museum's 17 galleries is an exhibition of more than 150 Indian and Cowboy artifacts - all gathered in Georgia. The museum is also known as a favorite for school children with interactive displays and hands-on education.

With an average 50,000 visitors a year, the Booth Museum of Western Art is a “don't miss” gem of Americana tucked into a southern city.

The museum itself was a gift from a Cartersville businessman who collected Western art and wanted a place to show it. But he wanted to remain anonymous.

To keep his identify confidential he named the museum after his long-time friend and mentor, Samuel Booth of Atlanta.