One year after 90 dogs were saved from a house fire in Riverdale, two are still looking for loving families. 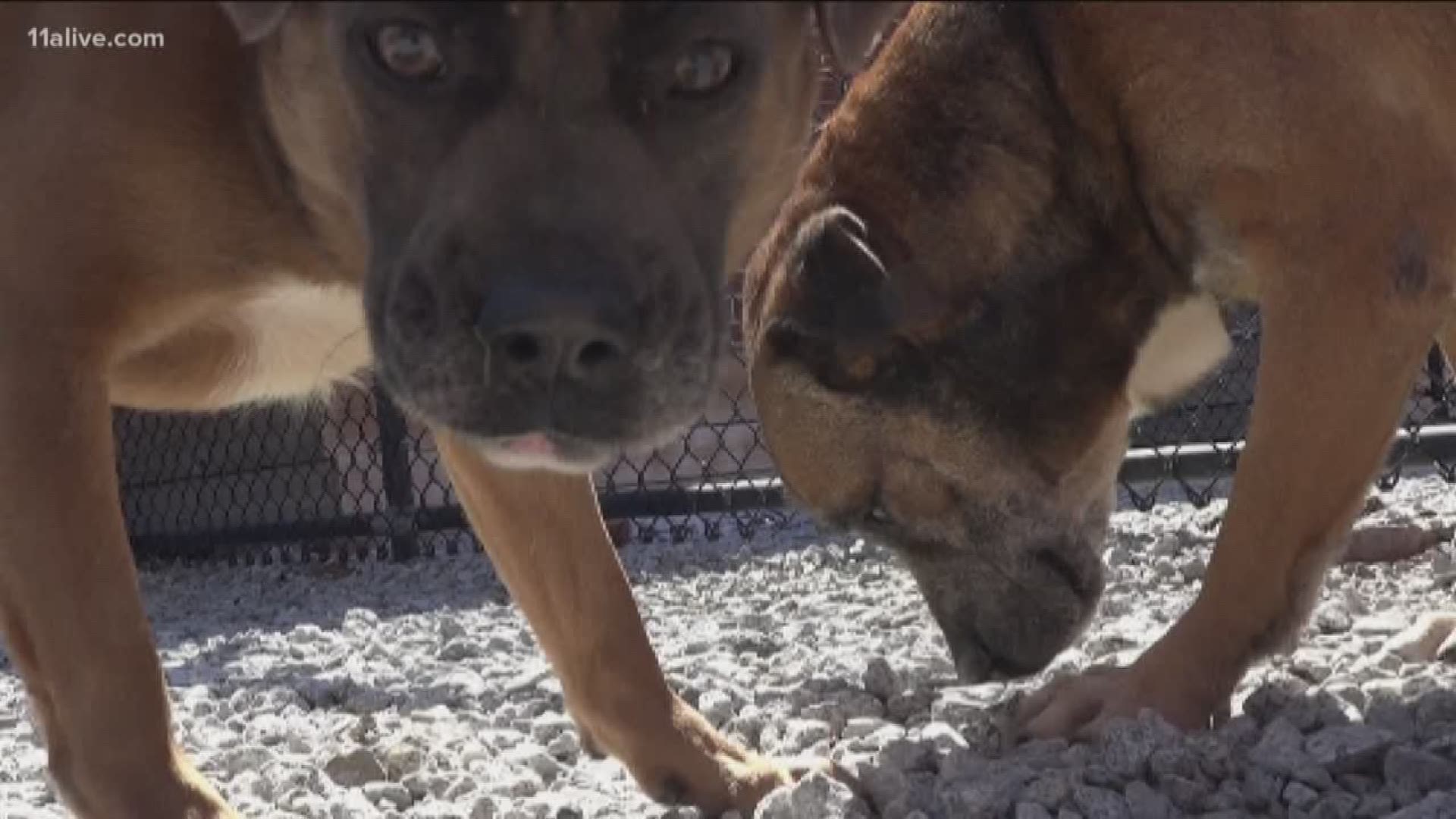 RIVERDALE, Ga. — They're the last two left! Frank and Maurice survived a house fire where 90 dogs were found in deplorable conditions.

Firefighters were able to rescue the pups in December of 2017. Looking at Frank and Maurice now, you would never guess what they lived through.

"They're not in that situation any more, so I try not to think of it. I just think of where they are now, not where they were," said Joy Houston, adoption specialist for the Best Friends Animal Society. She has been working with the dogs for a year.

Credit: Lifeline Animal Project
Frank and Maurice are still looking for families after they were rescued from deplorable conditions with over 80 other dogs from a home in Riverdale.

The dogs were found when a fire broke out at a Riverdale home. The fire on Lori Lane sparked after the elderly homeowner was burning paper in the fireplace, according to the Fulton County Fire Department. The dogs found living with the elderly couple were in conditions "unsanitary for animals or humans to live in," Fulton County Fire spokesperson Jack Butler said at the scene.

Firefighters thought they were going in to save the elderly couple who lived there, but ended up rescuing 90 dogs living in horrible conditions, too.

"They had no reason to trust me or anyone else. They were never shown kindness," she said.

Fulton County Lifeline Animal Project took the dogs in and local rescues stepped up to find them homes.

Dozens of dogs found loving forever families because of it.

"It's heartbreaking. But something good did come out of it," she said.

But Frank and Maurice are still waiting. They were the most timid of the group and tougher to place.

1 / 6
Lifeline Animal Project
90 dogs were rescued from a house fire amid deplorable conditions. Two of the dogs, Frank and Maurice, are still waiting to find their forever home.

She said it's amazing any of them could trust people again and Frank and Maurice both have a lot of love to give.

And even though they're still waiting, the right home for them is out there.

"There must be a reason. That somebody out there just hasn't come across them yet," said Houston. "They're left because they're the most special. And they're waiting for someone who is really lucky."