2nd Lt. Bullard was a native Georgian and has the distinction of being the world’s first black fighter pilot during World War I 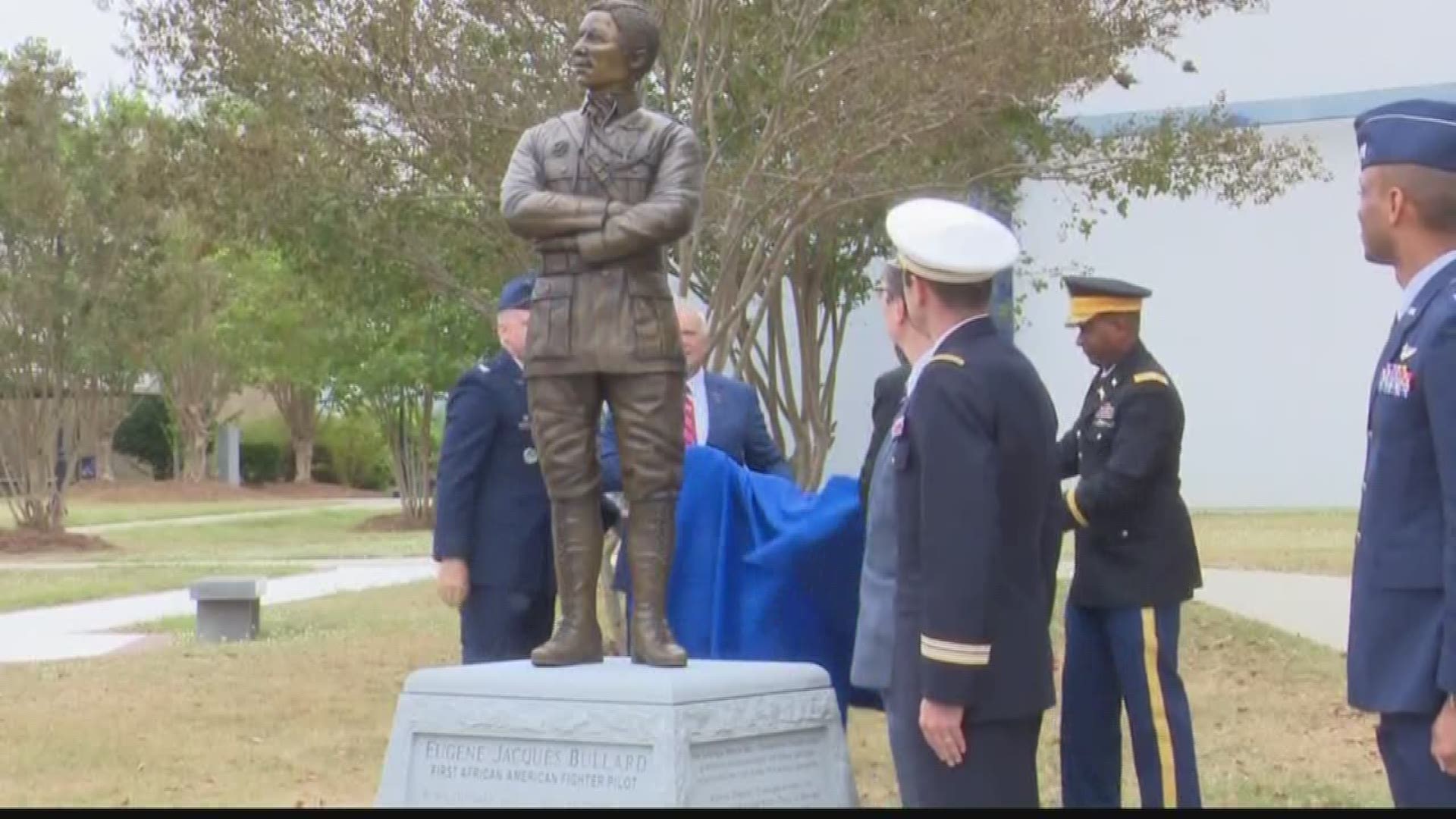 WARNER ROBINS, Ga. — A World War I soldier known as ‘The Black Swallow of Death,’ will be remembered forever at the Museum of Aviation in Warner Robins.

On Wednesday morning, Eugene Jacques Bullard was honored with the unveiling of a life-size bronze statue of his likeness located outside the Century of Flight hangar.

Bullard was the world’s first black fight pilot and flew in the French Air Service.

Prior to taking to the skies, he was assigned to the French 170th Infantry where he fought on the frontlines in some of France’s worst battles. He was ultimately wounded four times in combat.

One of his family members, Harriett Bullard White, was in attendance and she said she is proud his legacy will now live on outside their family.

“It’s like, ‘Eugene, you’re here and you’re here the way you should be,’ and I’m just so excited,” she said.

He received 15 military decorations, including the French Legion of Honors, the highest military award given by France.