As the disease progresses, eating can become a challenge, but two Georgia chefs decided they could do something about it. Introducing, Grind Dining. 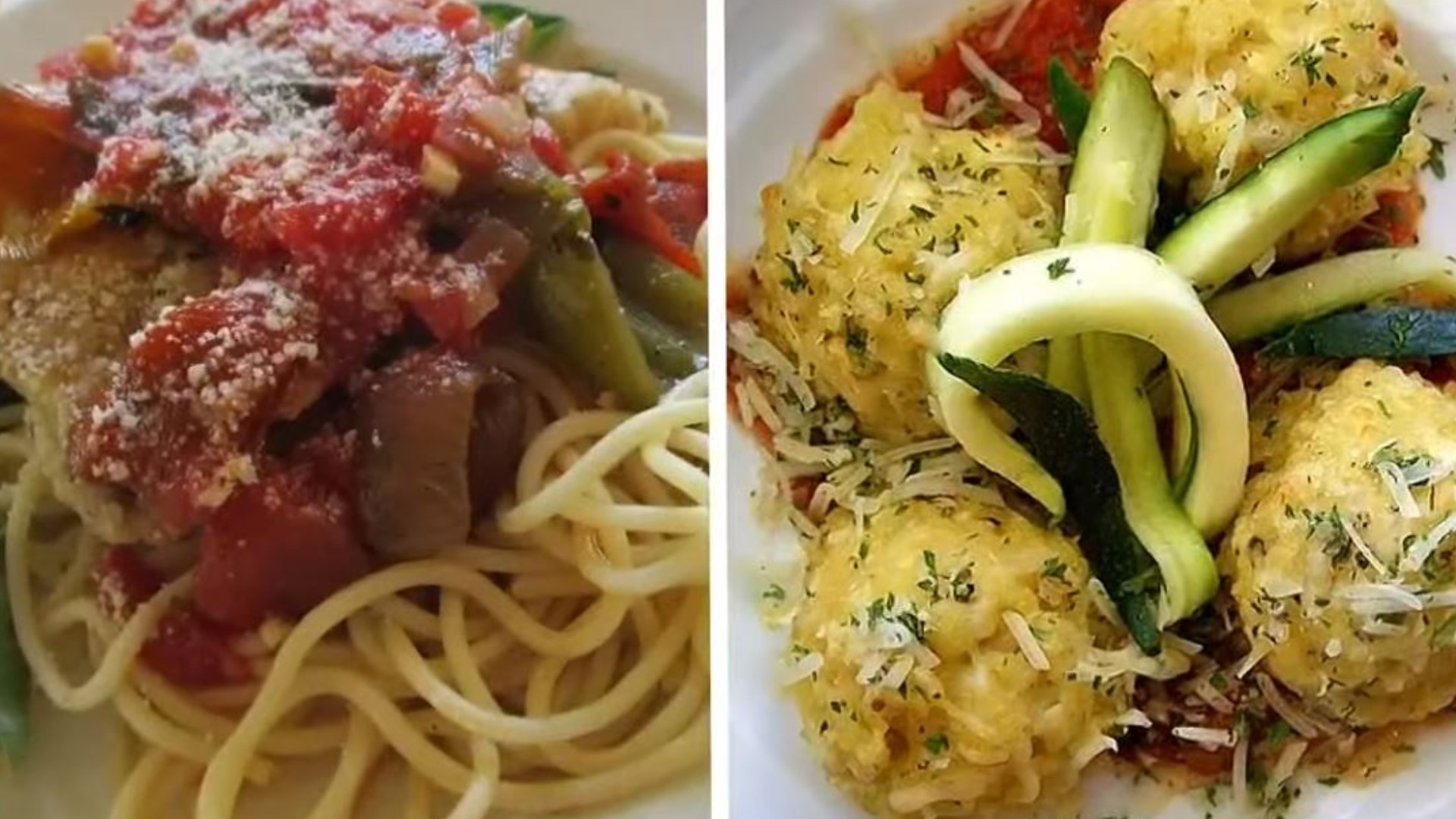 ATLANTA — A couple of chefs have created a way to bring independence and dignity to people living with Alzheimer’s Disease.

Earlier this year, the Alzheimer’s Association released a report that found the number of people dying from the disease in Georgia is growing.

As the disease progresses, eating can become a challenge, but two Georgia chefs decided they could do something about it.

“How would you eat a steak with lemon-buttered asparagus and a loaded baked potato without a fork, knife, spoon, or teeth?” Chef Stone Morris asked.

Put it in a blender? Drink it, maybe? That’s not the most appetizing thought, but for a while, it was the only solution for people who struggled at the table, like people living with dementia, where handling a fork and knife was just too much.

That was before Sarah Gorham and Stone Morris created Grind Dining, a revolutionary new way to prepare food so it’s easier for memory patients to eat.

“We take the exact same food and transform it into an easy to eat bite-sized finger food,” Morris said.

Credit: 11Alive
Grind Dining transforms a bowl of slippery spaghetti and meatballs into a finger food easy for people living with dementia to pick up and eat with independence.

“Stone has a saying: ‘The best utensils you have are the ones you were born with. They’re your fingers!’” Gorham said.

The before and after pictures are stunning. They turn a chef salad into compact, handheld balls about the size of a hush puppy. They take a bowl of slippery spaghetti and meatballs and transform it into four bite-sized pieces. They’ve even tackled a way to make eggs, waffles and sausage a finger food.

Credit: 11Alive
Chefs Stone Morris and Sarah Gorham turn a difficult-to-eat chef salad into handheld balls that include flavor and all the ingredients in each bite.

Their secret weapon is an old school grinder inspired by the one Morris’s grandmother used to use.

“When I was a little girl, she had a grinder in her kitchen and she would keep carp in her bathtub,” Morris remembers.

Credit: 11Alive
This is the grinder Stone Morris remembers her grandmother using to make gefilte fish for Passover Dinner.

The idea to use the grinder came to her after three days of prayer and meditation.

“I asked God to help me feed his sheep,” she said.

A memory of eating gefilte fish at Passover Dinner clicked the whole thing into place.

“The older people without teeth, the relatives like the grandmas and grandpas, could eat gefilte fish without needing teeth, and the mothers would feed it to their little babies that had no teeth,” Morris remembered.

Morris and Gorham realized that if they take one protein, one vegetable, and one carb, grind it up so it still has texture, and package it in what they call ‘edible envelopes,’ people living with dementia can eat with independence.

Credit: 11Alive
According to a Facebook post, the chefs have named their grinder "Moses" because "he is capable of liberating millions of people who have, up until now, been sadly limited in the choice of food options based on their physical or cognitive ability."

They say it also improves nutrition since each bite is like a full meal. But more importantly, it gives something back to people who have already lost too much.

Morris and Gorham travel around the country training chefs who work in assisted living and memory care facilities how to prepare food like this. Their technique is currently used in at least 12 communities in Georgia.

Before and after recipes

RELATED: Too old for president? Health and fitness is a better question

RELATED: Scientists close in on blood test for Alzheimer's

RELATED: Man with Alzheimer's disease was driving around lost when officer stepped in to help