Corporal Sidney Walton wants to give as many people as possible a chance to meet a World War II veteran -- before they're all gone.

WASHINGTON — Every single day, we lose the voices, the memories, the terrors and the triumphs of nearly 350 World War II veterans.

In another decade, nearly all of the WWII veterans will likely be gone.

One veteran is on a final mission to ensure their voices are heard. Army medic Sidney Walton was led by Arlington Police and Patriot Guards on motorcycles in victory parade of sorts over the Key Bridge and down to The White House.

"You're going to The White House!" his son Paul told him, to a big smile.

Eighty years ago, Walton missed a chance to shake hands with the last of the Civil War vets in his New York hometown.

"I would have done anything to meet a Civil War vet," Walton said.

Now Walton's on a mission to ensure this generation of Americans doesn't miss it's chance to meet the dwindling number of vets from humankind's deadliest conflict. 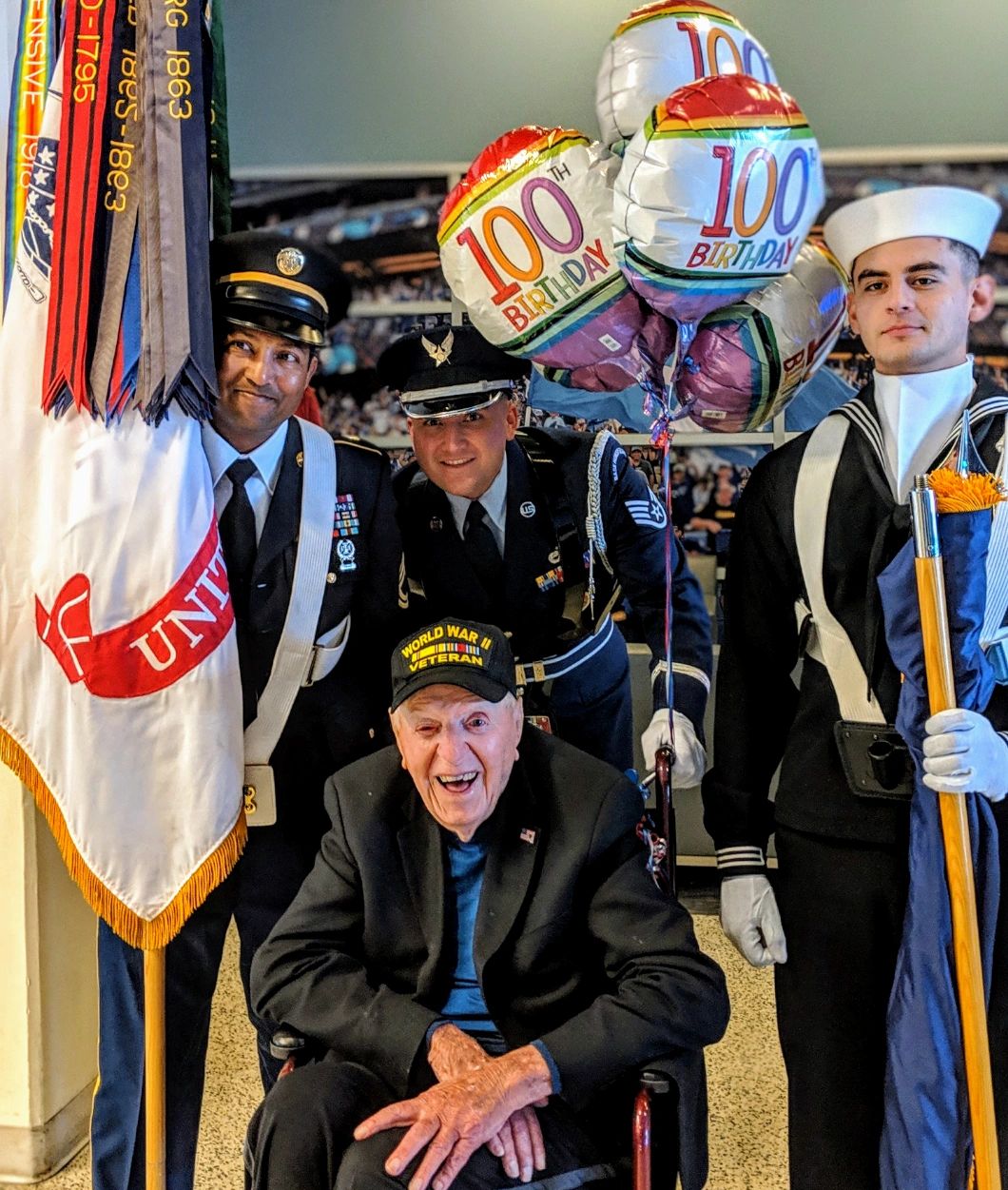 Walton and Paul call this their "No Regrets" tour. They've met 19 governors, and they plan to meet 31 more before the year is over.

"We just ask that you Tweet about it," Paul Walton told President Trump in the Oval Office, Thursday.

"He said he's not good at Twitter," Ellie Walton told her dad. "I'm not good either," the elder Walton said.

Walton joined the Army just before Pearl Harbor. A broken ankle kept him from shipping out with his buddies to the brutal Battle of the Bulge.

"Did you ever hear from any of them ever again?" Paul asked his dad.

"No, they were all gone," the vet answered, a tear in the corner of his eye.

He spent the rest of the war in the China, Burma, India theater of combat.

Walton reminds us of the toll of war and offers one more reason to keep the peace. A 100-year-old vet, still serving his country. Sidney’s planning to go to France in June for the 75th anniversary of D-Day. Then maybe add a few world leaders to his list.

You can follow his 'No Regrets' tour at goSidneygo.com.